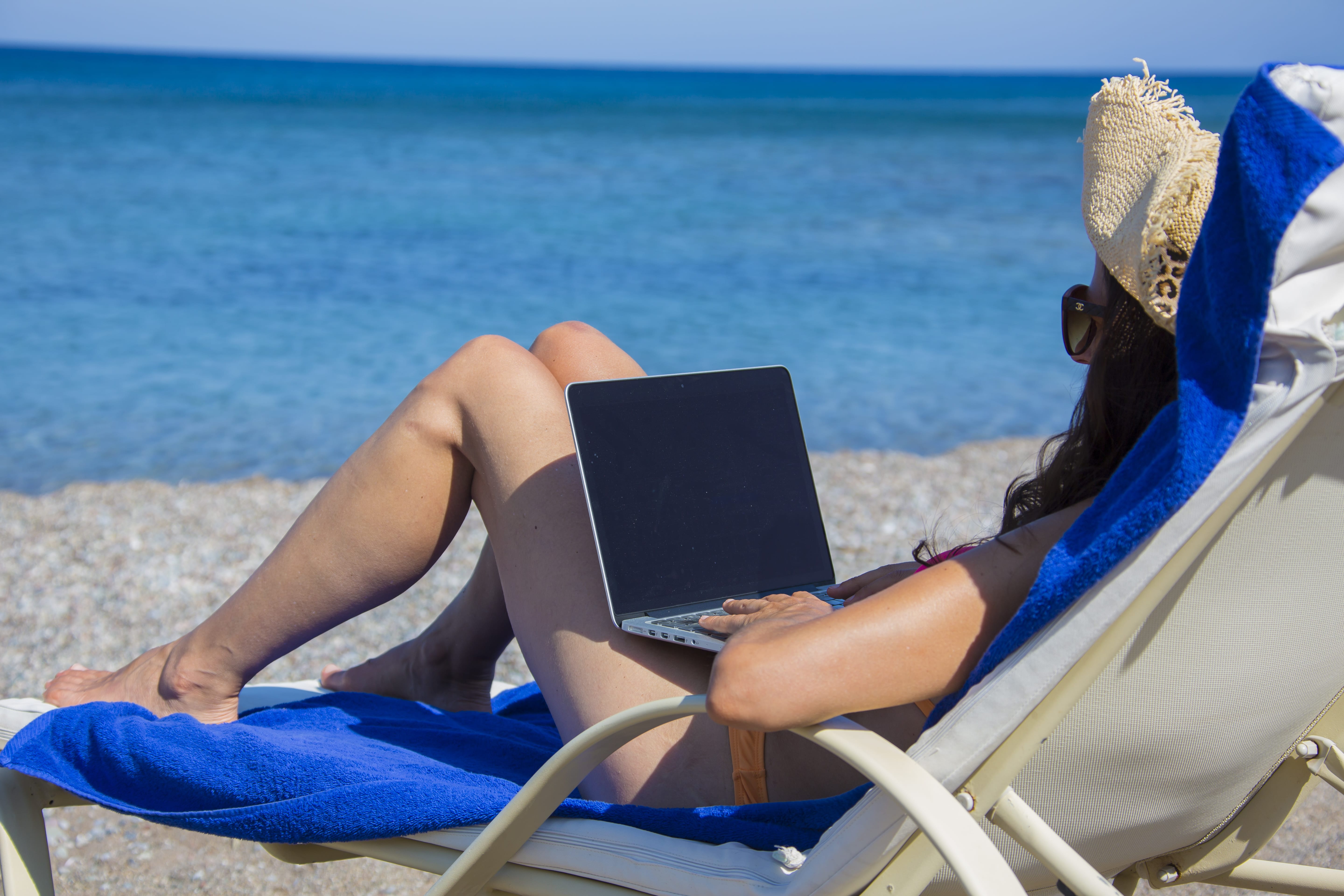 RHODES, GREECE – JUNE 28: Tourist woman at the beach with a notebook laptop, surfing in the internet and working in the five stars Hotel Atrium Thalasso Spa Resort and Villas in Lahaina, Rhodes, Dodecanes, Greece. EyesWideOpen/Getty Images

Life in 2020 has been miserable, but we’re nearly through with the year and looking forward to a COVID-free future. With our eyes trained on brighter days, we’re asking experts what life might look like in 2025.

In October, more than 400 Singaporeans rushed to make dinner reservations aboard two A380 superjumbo jets. A private suite set them back almost $500 USD per person, while economy class seats cost around $38 USD.

The planes weren’t going anywhere, though. It was a promotion by Singapore Airlines, offered in two stationary planes at Changi airport. The unique dining experience was made safe through socially-distanced seating arrangements and the hospital-grade HEPA filters that have long been standard on airplanes.

The seats sold out in less than 30 minutes and zero COVID cases were reported as a result, so it proved an effective short-term strategy to attract public attention and give a boost to cataclysmic revenue shortfalls. But it won’t help much in the long-term. Consumers may offer goodwill now, but many airlines will likely never recover. The same goes for hotels, restaurants, and other tourism-dependent businesses.

Global tourism spending isn’t expected to return to pre-pandemic levels until at least 2024. So, does that mean everyone will travel less over the next few years? Not exactly. Remote work is giving people more opportunities to move freely than ever before. Trips are no longer confined to vacation days, but to whenever and wherever there is an internet connection. When work is flexible around other activities, people make different decisions about their location and lifestyle.

Anyone who experienced a lockdown in 2020 probably feels pretty keen to take an international vacation sometime soon. It’s not difficult to believe that this pent-up demand will create a travel renaissance later this decade. But tourism won’t take the same shape in the future.

During the pandemic, working from home has become the new status quo for many former office workers. People have spent weeks at a time working from their cramped apartments in expensive cities and enjoying none of their location benefits. Sure, some folks have already left the cities for more suburban or rural lifestyles. But work from home is only the beginning of this disruption. Soon, work from home will become work from anywhere.

The signals are already clear on the fringes, in a global subculture whose lifestyle is about to go mainstream: digital nomads. Digital nomads were the early adopters of remote work over the past decade – combining constant global travel with online careers and businesses. Rather than sticking to one place, they leverage their ability to work from anywhere to spend time in different places. Sometimes a month or two, sometimes a year or two.

Until recently, most of these travelers had a legitimacy problem. They didn’t quite fit the category of tourists, but they often couldn’t produce the complex documentation needed for a work or business visa that would allow them to spend time in a country and pay taxes there. So they existed in grey areas – visitors who make money on the internet and use coworking spaces, and hope never to end up drinking with an immigration officer at the local bar.

Now, though, things are changing. Pieter Levels, founder of the niche city-ranking website NomadList, predicts there will be a billion digital nomads by 2035. That possibility is starting to look less far-fetched. Governments around the world are creating the infrastructure and mechanisms for more people to adopt a mobile lifestyle. They want people to travel not as tourists, but as a new category of remote working, temporary expats.

Barbados, Estonia, and Georgia are just a few of the countries putting these “digital nomad visas” at the heart of their recovery plans. They want remote workers to base in their countries for 12 months and see how they like it. Policymakers are betting on the idea that foreign remote workers will have the disposable income to prop up and revitalize economies that used to rely on vacation travelers.

Cities, too, are getting in on the action. The city of Tulsa, Oklahoma, offers $10,000 cash incentives for American remote workers to relocate. Governments, not only companies, are engaging in a global, location-independent battle for talent. Visas, tax incentives, and basic income schemes are just some of the tools governments will use to compete in the years ahead. 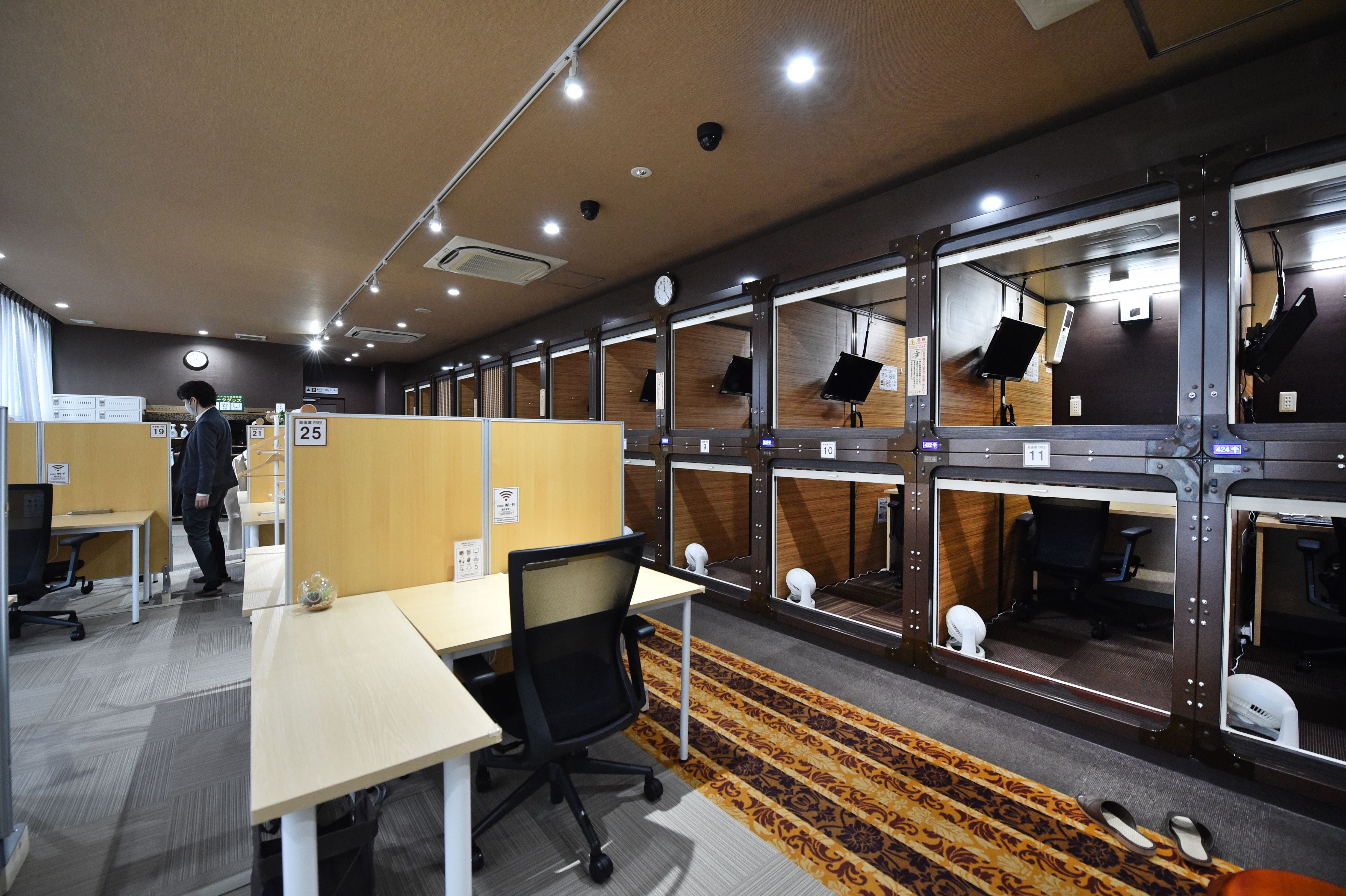 This picture taken on November 27, 2020 shows a floor of the capsule hotel Anshin Oyado Shinjuku, Tokyo, which has been renovated into a coworking space without the upper and lower partitions of the capsule. KAZUHIRO NOGI/AFP via Getty Images

When most people consider the digital nomad lifestyle, it doesn’t take long for them to think about housing. Whether it’s the slow process of buying and selling a home or the unenviable task of finding a decent rental, the archaic systems of real estate were not designed with flexibility, mobility, or spontaneity in mind.

Yet people can work from anywhere now, and tourism has every reason to reinvent itself to support a life of combined work and travel. By 2025, the hotels that remain will focus more on subscriptions than nightly rates. They’ll become another layer of vital infrastructure that helps remote workers spend time in different locations around the world.

The early signals are already visible. European hotel brand Zoku, keen to target digital nomads with its micro-apartment concept, just launched a subscription program for travelers to spend a month in each of its Amsterdam, Copenhagen, and Vienna properties. This isn’t a fluke. The hotelier’s business model has fundamentally shifted. By the middle of this decade, the status quos of tourism will have changed for good.

Hotels are also transitioning for other uses. The famous capsule hotels of Japan, where travelers slept in tiny coffin-like rooms stacked atop one another, are now being marketed as co-working spaces. With other on-site amenities, including larger rooms, still available, these new spaces offer travelers another way of getting work done while on the road, and could continue to do so once COVID ends.

The demographic most likely to fuel this shift to subscription living is millennials. Because what is there for them to lose, really?

This generation entered the workforce in the last recession’s depths and have struggled to afford homeownership. Now, they face the second recession of their adult lives. Millennials are also the first generation to see the world through the internet lens, giving them a shared, global culture and more awareness of distant locations from a young age.

The choice ahead is between remaining tied to a landlord in a single, expensive city and paying a subscription to travel and live in multiple locations each year. Research indicates that millennials value experiences over material possessions and flexibility above all else at work. Digital nomads show us how remote work enables people to think differently about work and place.

The 2020s mark the beginning of a new era. Subscription living will soon be mainstream, attractive, and attainable for most remote workers worldwide, offering the flexibility for people to roam the world. Tourism may be dead, but the future of travel is bright. Later this decade, even as some countries retreat into nationalism and isolationism, mobile citizens will be able to choose a different path – of distributed work and global living.

Lauren Razavi is an award-winning writer and strategist. She writes about the future of work and global living in her weekly newsletter. Follow her on Twitter: @LaurenRazavi. 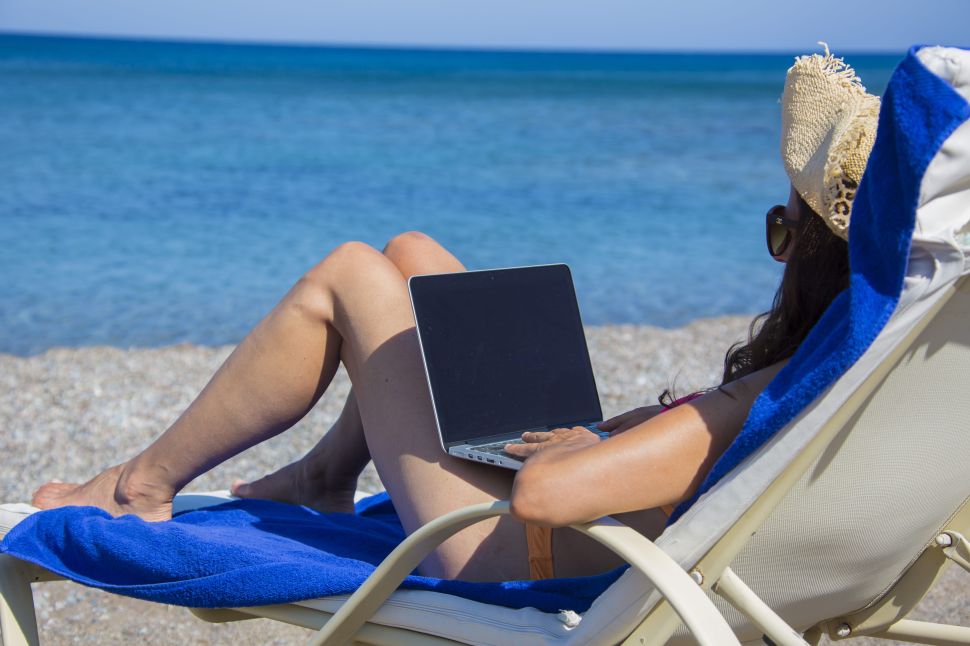