Ma Rainey’s Black Bottom, a new prestige Netflix release that demonstrates the profound ways in which tragedies reshape us and our past traumas follow us into every room, has as much as any film on the doomed 2020 slate, been itself transformed by tragedy. It will forever be stamped as Chadwick Boseman’s final film following the 43-year-old actor’s death from colon cancer in August.

That loss hovers over and informs nearly every frame of George C. Wolfe’s adaptation of the second entry August Wilson wrote in his Century Cycle of plays. It is to the tremendous credit of the cast and especially Boseman himself—his performance is simultaneously freighted with emotion yet mesmerizingly lithe and light on its feet—that the film is not flattened under the weight of that portentousness.

“What do I care about bad luck?” Boseman’s feverishly ambitious trumpet player Levee exclaims, sporting a half-smile that registers as an endlessly complicated mix of resignation and pride. “I eat it everyday for breakfast.”

Those words bubble forth as Levee and the other boys in the band banter away the moments as they wait, Godot-like, for their lead singer to arrive for a recording session at a Chicago-based studio. (Ma Rainey is the only one of Wilson’s 10-play cycle not set in the playwright’s hometown of Pittsburgh.) Discussing shoes, molecules, the existence or nonexistence of God and the devil, it is in scenes like these, in which the lines take on different meaning and bounce off each character’s past experiences, that you can feel the full force of Wilson’s play barrel down from the stage and into your living room.

Joining Levee is well-read piano player Toledo (played by longtime film and TV veteran Glynn Turman, Doctor Senator in the current season of Fargo), the get-down-to-business bass player Slow Drag (Michael Potts, Brother Mouzone on The Wire) and the go-between trombonist Cutler (Coleman Domingo, Ralph Abernathy in Ava DuVernay’s Selma). Sure, there is a static quality to some of the back and forth, but considering how long it has been since any of us has seen an actual live play, the contained staginess of the movie comes off as welcome, intimate and, in the hands of these boldly empathetic performers, quite thrilling.

When Wolfe, the former Public Theater artistic director and two-time Tony winner for best director, and screen adapter Ruben Santiago-Hudson, who won a Best Featured Actor Tony for his 1996 performance in Wilson’s Seven Guitars, attempt to open things up, the results are considerably less dynamic. The film begins with the uncomfortably familiar scene of two young African American men dashing through the woods with dogs barking (they are not escaping deadly pursuers, just racing to see a concert). The ever-present menace of racism is displayed in a similarly trope-like manner, with the dead-eyed stares of mute Anglo Saxons as two band members dare to invade the white space of Polanecksy’s lunch counter to retrieve a bottle of Coke.

But those less-inspired elements are easily brushed aside anytime Viola Davis, glistening with mid-summer sweat and a smear of blue eyeshadow, appears on screen as the imperious title character. Davis’s every footfall and head tilt brims with raw sensuality, untapped power, and a pained wisdom known to blues singers and Black actors who rarely if ever get to play lead parts on screen that are this beautifully written. Indeed, it is nearly impossible to comprehend and contend with everything the How to Get Away with Murder star, whose long association with Wilson got her a Best Supporting Actress Oscar for Denzel Washington’s 2016 adaptation of Fences, brings to bear in her titanic summoning of the “Mother of the Blues.” Her performance is both otherworldly and all too human.

Boseman—whose hotshot Levee is in competition for both Ma’s spotlight and her girlfriend Dussie Mae (Taylour Paige, star of the VH1 professional cheerleading drama Hit the Floor)—is with her every step of the way. His lightning-like shifts of emotion are as exciting as they are crucial for selling the final act turn. He plays beautifully off Davis, whose performance is less volatile but every bit as dangerous.

Still, while watching the late Black Panther icon and biopic specialist revel in the opportunity to play someone not burdened with outsized dignity, I couldn’t help but think of Charles S. Dutton. The onetime inmate turned Yale-trained actor embedded a piece of his soul in the role when he created it, first in workshops in Connecticut, then on Broadway in 1984, and then again in a short-lived 2003 revival starring Whoopi Goldberg. Few parts in late 20th-century theater are more thoroughly associated with a single actor; now, due to tragic circumstances and the ubiquity of streaming services, the role of Levee Green will forever be linked to someone else.

And so it goes. Certainly such historical consideration is not out of place when you take into account all of the ways Wilson’s plays are built on and informed by the past. The playwright, who died of liver cancer in 2005 at age 60, masterfully constructed rooms where seemingly forgotten slights loom large, and catastrophic injustices born of racism are made personal, transforming jibes from friends into potentially deadly encounters.

Even when the larger world that surrounds them is fuzzily rendered, when Wilson, Wolfe, Davis, Boseman and all those fabulous actors past and present are serving as our guides, gaining entrance into such uneasy places feels like a true gift. 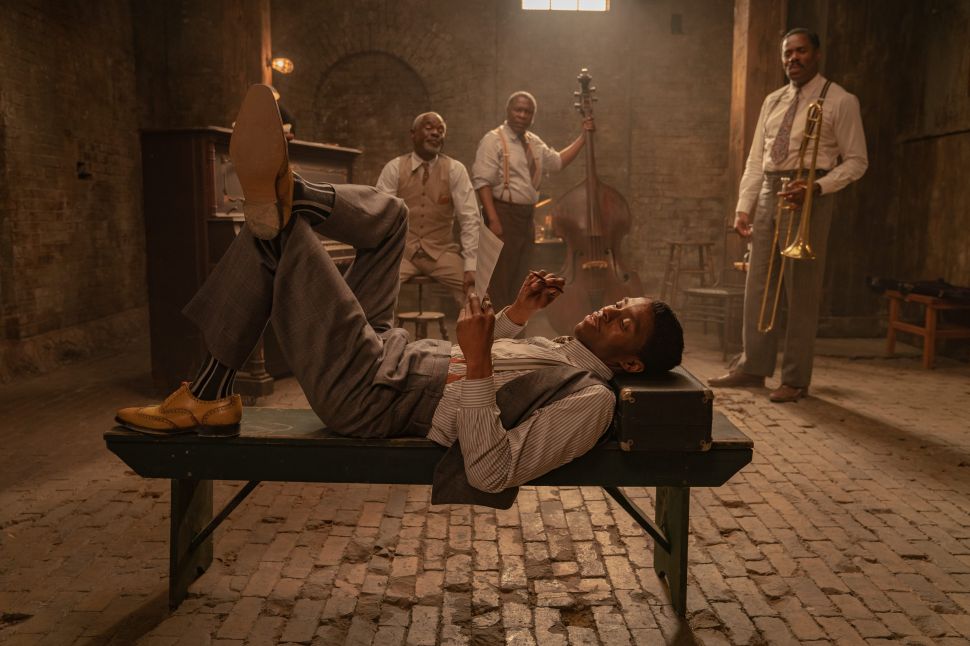