This piece contains major plot spoilers for The Mandalorian‘s latest episode, “The Jedi.”

Season 2 Episode 5 of The Mandalorian, “The Jedi” was full of big reveals. Beskar can block lightsabers! (Too bad, Jango Fett.) Grand Admiral Thrawn is alive and apparently still going strong! The Child has a name that isn’t Baby Yoda? That last one in particular came as a surprise, given that Baby Yoda has so completely replaced his actual in-series title.

“The Jedi” also gave us an even more in-depth look into the relationship between Mando and Child. I’ve written about their dynamic before, but “The Jedi” gave us an outsider’s look at their little family unit. Ahsoka Tano, played in her live-action debut by Rosario Dawson, tests Grugo (I’m going to force myself to call the Child that, at no one’s insistence) and determines he has too much attachment to his Beskar-armored babysitter to properly be trained as a Jedi. She specifically mentions having seen firsthand what caring for others can do to fully trained Jedi Knights (which led me to a horrifying daydream of a black-clad Grugo accidentally killing Mando on a lava planet) and refusing to train him to control his powers.

We’ve seen Grugo be fiercely protective of Mando in the past, Force-choking Cara Dune over an arm-wrestling match being the obvious example, and Ahsoka seems to have caught on to that dark side (if you’ll pardon the pun) of their friendship in record time. I suppose being trained by Anakin Skywalker gives you an advantage at being able to tell if someone is too emotional to be a Jedi.

Even after Mando completes the requisite side quest of the episode and helps her overthrow The Magistrate (Diana Lee Inosanto), she can’t bring herself to split the pair up. We’ve come a long way from Mando selling the Child to the Client for a briefcase full of Beskar way back at the beginning of the series. They’ve grown really fond of each other, even though they only recently became even slightly capable of communicating. And even if it seemed unlikely that the pair would go their separate ways at a midpoint of the season, I won’t deny the “time to say goodbye” scene at the end of “The Jedi” still hit me pretty hard.

Besides revealing Grugo’s name and the fact that he was raised in the Jedi Temple on Coruscant for years, which raises a whole host of questions about his relationship with Adult Yoda that I won’t go into here, this episode also marks the first live-action mention of Grand Admiral Thrawn. This is a familiar face that’s likely new to some people. Thrawn (real name Mitth’raw’nuruodo, so… Thrawn it is) is the Star Wars Expanded Universe character.

Created back in 1991, he stood out as the only high-ranking Imperial who was an alien, despite Emperor Palpatine’s hatred of non-humans. He’s based on a string of real life generals, including Erwin Rommel and Robert E. Lee, and is a brilliant tactician and ruthless commander who uses his knowledge of a planet’s art and culture to divine how they fight. He tried to rekindle the Empire after the second Death Star exploded, and made a fairly good run of it before he ultimately died.

When Disney bought the rights to Star Wars, Thrawn was made non-canon, before ultimately returning in a brand new set of novels, and even making appearances in the animated series Rebels, which more and more is becoming a prequel to The Mandalorian. All this to say, he’s a dangerous foe to bring into the show, and if he’s allied at all with Moff Gideon and his Imperial Remnants, then they’ve become that much more dangerous. (Also, he’s blue, so we haven’t seen him yet, regardless of who that mysterious figure on the mountains at the end of “The Marshall” ultimately turns out to be.) 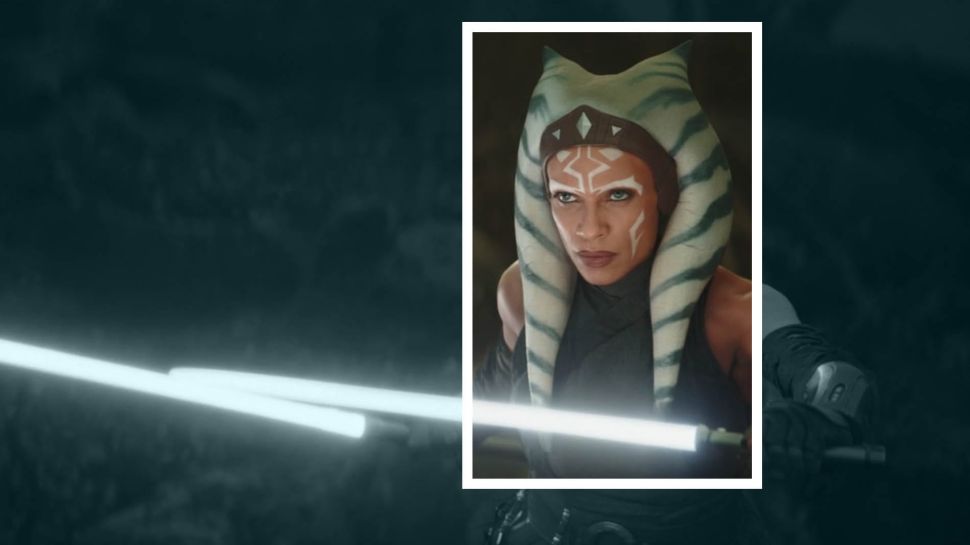