Mary Holland loves an oddball. While writing their new holiday rom-com Happiest Season, she and director Clea DuVall decided they needed to include a character who didn’t quite fit in with the WASPily buttoned-up family at the center of the film. Enter Jane. Unlike her demanding parents (played by Mary Steenburgen and Victor Garber) and hyper-competitive sisters (Mackenzie Davis, Alison Brie), Jane is almost unnervingly cheerful, overly affectionate and deeply weird.

“I said, ‘I’d like to play her please,’” Holland recalls in an interview with Observer on the heels of Happiest Season‘s Thanksgiving weekend release.

In the film, which is now streaming on Hulu, Harper (Davis) subjects her girlfriend Abby (Kristen Stewart) to a hilariously awkward Christmas with her family—despite the fact that she hasn’t come out to them yet. Unsurprisingly, Holland steals just about every scene she’s in with her good-natured, unabashed strangeness. She spoke to us recently about working with DuVall to create her character and craft the comforting LGBTQ+ rom-com we all need right now.

Observer: You and Clea DuVall met when you were both on Veep. How did you know you would write well together?
Mary Holland: I have to credit Clea for that. She had been keeping an eye out for somebody to write this idea with for a while. And when we met, I think we both felt a pretty immediate chemistry and connection. Having had this idea, I think there was something about me, I guess, that she really clicked with. Her instincts were right on the money. We had such a great time writing together.

What was it about the story that clicked for you?
Well, I love holiday movies. I love Christmas movies, and I was really excited at the idea of telling a story, a rom-com in the holiday movie genre that is about a gay couple. We should have so many of these movies and I was so excited to get to participate in writing one.

The dynamic between the three sisters is a huge part of the story. Where did that come from?
I do have a sister, and our relationship is not at all like the relationship between the sisters in the movie. [Laughs.] But I do think that there is a certain dynamic that I think sisters have with each other. Of course, every sister relationship is different, but there is an intensity there. I’m very close with my sister, but I can recall, growing up, some of the very worst fights I ever go into were with her. I think it’s because we were each other’s best friends, and there was also this backdrop of unconditional love. So, I feel like that really gave me permission to really be at my worst and know that I would still ultimately be loved. I think there’s something about that specific relationship between women. We thought that would be a great dynamic in which to observe Harper reverting back to old patterns of behavior. Being with her sisters, and particularly being with Sloane, having this competitiveness for their parents’ approval, that brings this behavior out of Harper that is rooted in these ancient feelings.

You mentioned that Clea came to you with this idea. Did she have the characters fleshed out? How much input did you have in creating your own character, Jane?
Clea had an outline of the story. And then we got together and for the first few weeks of the writing process, we would just sit and talk. Talk about this world. And knowing that we wanted the bulk of the movie to take place at Harper’s home, we had a lot of fun brainstorming what her family would look like. Who were the characters that populate her family? We decided we wanted her to have sisters. One of them she’s super competitive with, and then the other one…doesn’t totally fit in with the family. Like, has a totally different energy. And as soon as we decided that, I said, “I’d like to play her please.”

That’s the kind of character you gravitate towards?
Yeah, yeah. I mean, I do play a lot of wacky characters, I guess. I do a lot of comedy, and that felt like, Oh, that’s gonna be a really fun part—to write and then also to play. There was just a gut impulse. That was pretty early in the writing process and then we wrote Jane knowing that I would play here and really infused her with a lot of specifics that are true of me.

Like what?
Well, I’m a big fan of fantasy fiction. And I have night terrors [laughs], and I’m very much a people pleaser and a peace keeper. Jane is a very heightened version of me, I think. But I do have that same sort of—I operate generally from a place of joy, and Jane is very much, like, so happy to just be in a room. She’s very tuned in to people in a way that I relate to.

A lot of the anticipation around this film has been about the fact that it’s something we still really don’t see very often: a mainstream queer rom-com—let alone one set at the holidays. Was there a sense on set that you were working on something special?
There was. I think the story really moved all of us and inspired all of us. When Clea first presented the story to me, I knew it was a special one, and I was so excited to get to participate in the telling of it. I think we all felt that way. Also, Clea assembled this group of people that is so fabulous! There was a real special feeling on the set because of the story we were telling and how important it was, but also because there was this coming together of these truly wonderful, kind, positive, generous people. It really felt so joyful every day.

Clea has said she was surprised how easy it was to get people interested in making this film. What’s the environment in Hollywood like for getting LGBTQ+ films made right now?
I mean, the positive experience we had with TriStar and Sony and Hulu, I feel really hopeful and really excited. I feel like there is clearly such an appetite for these stories. They need to be told in all genres, across all platforms. I think studios are becoming aware that there is a market for it. People are hungry to see themselves represented. And there is such an excited appetite for those stories to be told. People want to see them.

How important was it to hire queer people in not just the queer roles, but also to play straight characters?
I think it’s incredibly important to have queer representation across the board, both playing queer roles and straight roles. I think it crucial that we see that and that we celebrate those actors. Especially when it’s stories that are about a queer experience, it’s so important to make sure that you have those voices represented in the roles that are telling that story. That was hugely important to both [me and Clea].

Everyone who is releasing work this year is releasing it into a very different atmosphere than they probably expected. With that in mind, what impact do you hope this film will have?
Well, I really hope that people find comfort in it. In the world we’re living in where we can’t be with our loved ones and have to stay away from each other to keep each other safe, I hope people are able to put this movie on and feel on some level that same kind of warmth that being with their loved ones feels like. I hope people feel seen and that it brings them joy. And also that they come away with an understanding of this aspect of the gay experience. 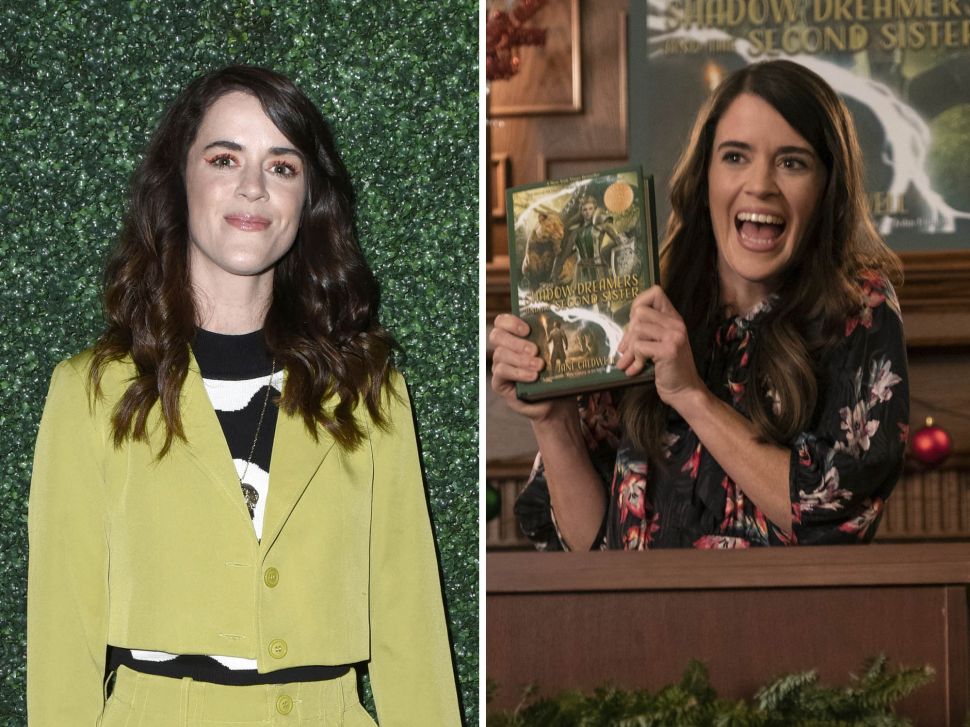