The Duke and Duchess of Sussex stayed relatively quiet as they settled into their new life in California in the spring, but they’ve become far more vocal in their political activism over the past few months. Prince Harry and Meghan Markle reemerged into the public sphere in June, as they spoke out on a number of topics including racism, online misinformation and the U.S. election.

Prince Harry and Meghan also made a joint appearance for a TIME100 special, in which they urged viewers to exercise their right to vote. While the Sussexes didn’t explicitly endorse either candidate, they did say it was “vital that we reject hate speech, misinformation, and online negativity,” which many saw as an implicit endorsement of Joe Biden.

“It’s time to not only reflect, but act.” This #NationalVoterRegistrationDay, join #Time100 alumni Harry and Meghan, the Duke and Duchess of Sussex, in taking action for the future. pic.twitter.com/JerXHxiZK3

Prince Harry wasn’t able to participate in the 2020 U.S. presidential election since he’s not a citizen, but Meghan confirmed in August that she planned on voting. Meghan made history when she sent in her ballot, as she became the first known member of the British royal family to vote in a U.S. election.

Don’t expect Meghan’s political activism to simply go away after the election—exactly the opposite, actually. A Sussex spokesperson told Insider that “Obviously it is at a very important part of the American election cycle at the moment, but that doesn’t mean it’s specific to this time. Part of being an active member of society is to take part in the democratic process. So encouraging people to get involved in politics is something that is important.”

The Sussexes’ political activism has irked some people, as active members of the royal family are expected to remain politically neutral. Prince Harry and Meghan are no longer senior working royals, though, and as their spokesperson pointed out, the Duke and Duchess of Sussex did not actually endorse a candidate.

Prince Harry and Meghan intend to continue focusing on important issues that do have political tendencies, per Vanity Fair, including civil rights, female empowerment, Black Lives Matter, the environment and more. So even though Election Day has come and gone, expect more political activism from the Duke and Duchess of Sussex in the future. 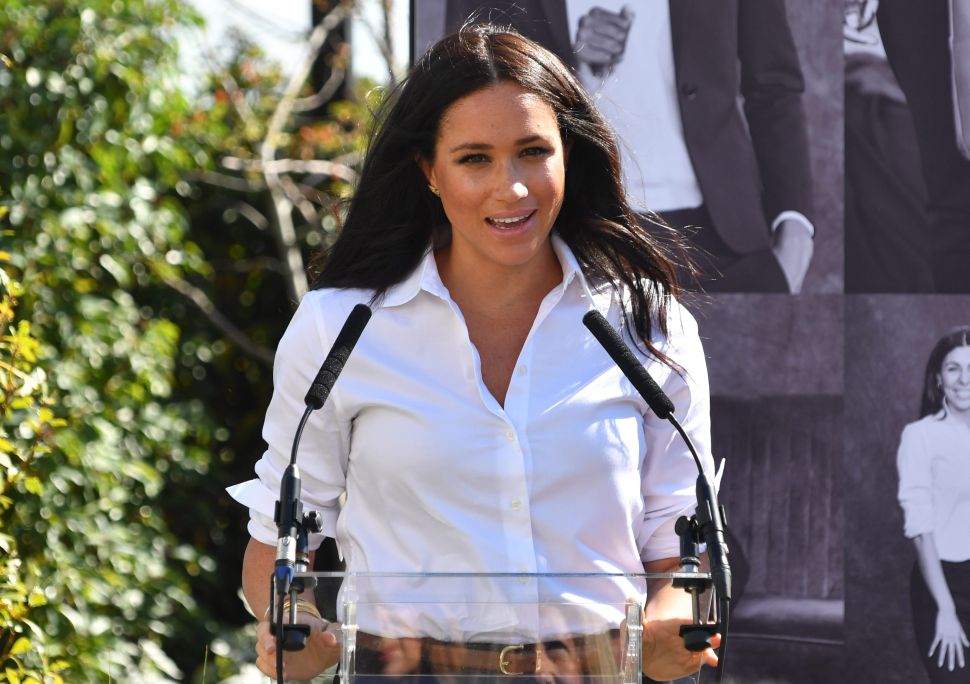