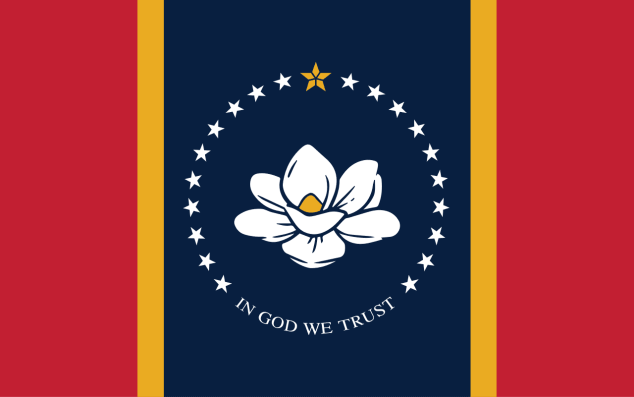 Mississippi may have come late to the party, but at least it got there in the end. The state just became the last in the country to retire a flag bearing racist imagery, in this case, the confederate “stars and bars” which were present in its top left corner. The new flag was voted on by the state’s citizens and created via the collaboration of a couple of different designers, but the most important contribution is undoubtedly the magnolia at the flag’s center, which was illustrated by a Chinese-American web designer named Sue Anna Joe.

Joe, who currently is based in San Francisco, was born and raised in Mississippi and also went to college there. According to Quartz, Joe was inspired to create the magnolia design that is now the state flag’s centerpiece while recalling the flowering trees that blossomed in the backyard of her childhood home in Greenwood, Mississippi. It’s an apt choice: Mississippi’s state flower is the magnolia, its state tree is the magnolia tree, and Mississippi’s nickname is “The Magnolia State.” “We knew that the flag commission had the option to pick and choose from different designs,” Joe told Quartz. “I’m really glad that the voters are pleased with it. What I really love about it is that it has some color to it. It helps our state flag stand out.”

Additionally, Mississippi’s Department of Archives and History said in a statement that the new flag design “represents Mississippi’s sense of hope and rebirth, as the Magnolia often blooms more than once and has a long blooming season.” In an interview with the Clarion Ledger, Joe also spoke to the qualities that Mississippi residents have that make it such an important place to her. “The people in Mississippi are just so welcoming, and very warm and kind,” Joe said. “Being so far away from home and realizing how kind people are, and also just the culture too. The whole mindset of community, I feel like when I’m back in Greenwood that we’re all together and looking out for each other, and I don’t get that sense so much in bigger areas.”

The particulars of the rest of the flag were designed by Rocky Vaughan, who came up with the overall layout, Kara Giles, who contributed the design’s regal gold bars, and Dominique Pugh, who also contributed to adjustments to the layout. But the nuanced, yet not-too-busy flower at the center of the flag is the design’s true centerpiece, and it represents both the state’s legacy and the best of what Mississippi has to offer. 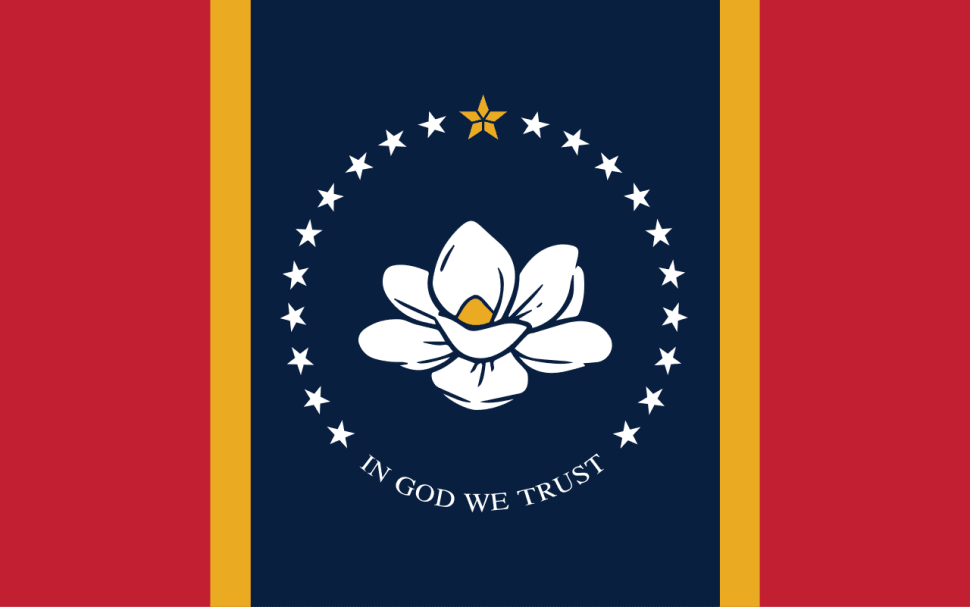