Moderna’s and Pfizer’s successful COVID-19 vaccines are not only 95 percent effective in preventing the coronavirus, but their final trial results have also revealed that they work equally well across age groups, ethnicities and genders.

On Monday morning, Moderna announced that its vaccine showed excellent results among high-risk groups, such as the elderly and those with underlying conditions. More than 7,000 participants in Moderna’s 30,000-person efficacy trial and Pfizer’s 45,000-person trial were over age 65; about 5,000 were under 65 but had pre-existing conditions or existing diseases that put them at a higher risk of severe COVID-19. Moderna’s final trial results were released on Monday and Pfizer’s results released on November 18.

Efficacy data were also consistent across ethnic groups. More than 11,000 participants in the two trials were from communities of color.

Even better, Moderna said Monday that its mRNA-1273 vaccine is 100 percent effective against severe COVID-19 cases. No one in the company’s efficacy trial who received two doses of the vaccine developed severe COVID-19 symptoms, while 30 people in the placebo group did.

Considering the vaccine’s rarely high efficacy rate, Moderna’s CEO Stéphane Bancel recommended it be given to high-risk groups only, given the fact that the initial supply is limited.

“Give it to health care workers, give it to the elderly, give it to people with diabetes, overweight, heart disease. A 25-year-old healthy man? Give him another vaccine,” Bancel was quoted as saying by Science magazine.

The U.S. government has pre-ordered 100 million doses from Moderna and Pfizer each. But Moderna says it’s only capable of producing about 20 million doses by the end of the year. Pfizer will have about 50 million doses ready, but they will be split between the U.S. and other countries with which the company has purchase agreements.

Pfizer filed the emergency use authorization (EUA) application for its vaccine with the FDA last week. Moderna plans to submit its application on Monday. The Boston startup said it was told that the FDA would convene on December 17 to review its EUA application and could issue the authorization as early as December 20. 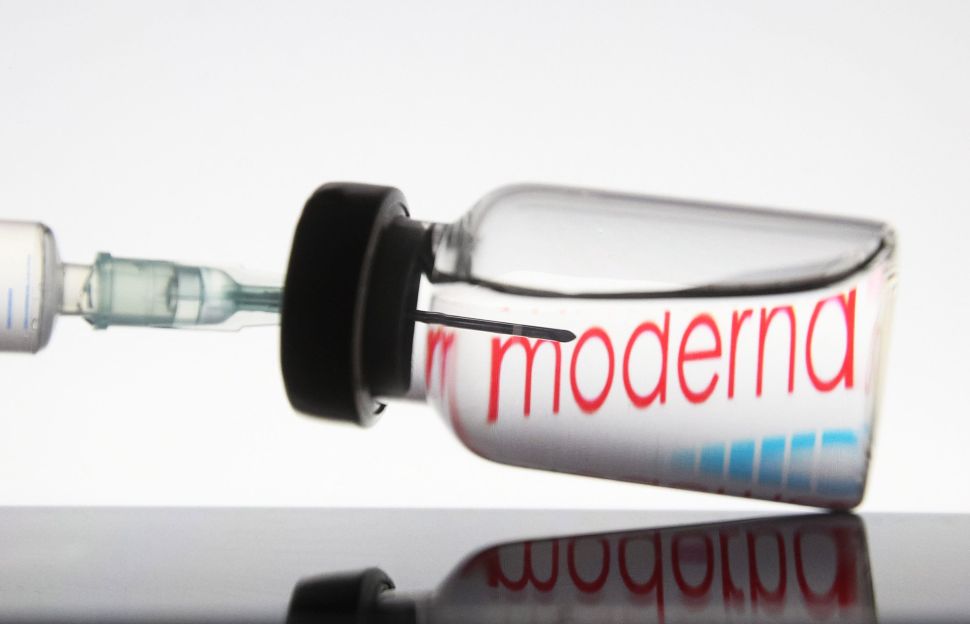