The most exciting December’s movie releases this year promise to be an exciting batch of big-budget blockbuster fare, bona-fide Oscar contenders and new indie classics. As many of the year’s releases have been shunted to streaming in the wake of the COVID-19 pandemic, December’s film release schedule caps off a year of uncertainty as huge movies go directly to platforms like Disney+ and HBO Max—a strategy unprecedented in years past.

While these films’ box office expectations have been re-adjusted for their respective studios, the hope is that they will grow these platforms’ subscriber counts along the way. Time will tell if that bears out.

In the meantime, viewers can enjoy these films, almost all of which are either already critically acclaimed or hotly anticipated. Here are the December movie releases to look forward to on streaming and in theaters.

Chloé Zhao’s Nomadland revisits the transformative effects of the ’08 financial crisis on America’s nomad population—a group that doesn’t typically get the Hollywood treatment. It’s anchored by a powerful lead performance from Frances McDormand and is a quietly poetic, elegantly made film, which only gets us more excited for how Chloé Zhao will handle a Marvel blockbuster when her film Eternals is eventually released. Nomadland isn’t that kind of movie, but it is a movie that more than earns its four-star reviews. (One-week virtual release: December 4; theaters: February 19)

Directed by Julia Hart (Miss Stevens, Fast Color, Stargirl), I’m Your Woman casts the marvelous Mrs. Maisel herself, Rachel Brosnahan, in a drama about a wife and mother named Jean who is forced to go on the run when her criminal husband betrays his associates and suddenly disappears. (Theaters: December 4; Amazon Prime Video: December 11)

Director David Fincher has returned with a new, great film that is about the best movie ever made. Gary Oldman stars in Mank as Herman J. Mankiewicz, screenwriter on Orson Welles’s Citizen Kane. Mank is a self-destructive alcoholic who—if the film is to be believed—got screwed by history. Our critic Oliver Jones gave the film a near-perfect score in his review. (Theaters: November 13; Netflix: December 4)

Riz Ahmed has delivered one of the defining performances of the year in Sound of Metal, a movie about a punk drummer and recovering addict who suddenly loses his hearing. Sound of Metal is fittingly claustrophobic, its sound editing paired perfectly with the character’s internal struggle, which Ahmed physically externalizes in spurts of anger and stone-etched facial expressions. (Theaters: November 20; Amazon Prime Video: December 4)

Let Them All Talk

The Laundromat was Meryl Streep and Steven Soderbergh’s first collaboration, and they’re back for another, this time for HBO Max. Unlike The Laundromat, which was about the Panama Papers and ended with Streep breaking the fourth wall to discuss the real-world scandal, Let Them All Talk looks like a character study, one where the legendary actress lives in the skin of a writer attempting to complete a manuscript, tearing open old wounds in the process with her friends—played by Candice Bergen and Dianne Wiest. (HBO Max: December 10)

Ryan Murphy, the multi-hyphenate creative behind a string of TV franchises, debuts his first film musical with The Prom, which is adapted from the Tony-winning musical of the same name. Its star-studded cast includes Meryl Streep, James Corden, Nicole Kidman, Keegan-Michael Key, Andrew Rannells and Kerry Washington. (Netflix: December 11)

The late, great Chadwick Boseman will almost certainly get an Oscar for his performance in this movie. Ma Rainey’s Black Bottom, an adaptation of the iconic August Wilson play, pairs him with Viola Davis in the title role and a string of other talented actors (Glynn Turman, Colman Domingo, Michael Potts) playing a band who gear up for a contentious recording session. Read our review here. (Theaters: November 25; Netflix: December 18)

Screenwriter and director Eugene Ashe (Homecoming) is back with a second feature starring Nnamdi Asomugha and Tessa Thompson, as lovers who find themselves in the New York jazz clubs of the ’50s and ’60s and must find ways to follow their ambitious dreams. (Amazon Prime Video: December 23)

It’s likely that Soul might be Pixar’s best movie yet. The film, as of this writing, has a perfect 100% Rotten Tomatoes score ahead of its Christmas Day release. It stars Jamie Foxx as a music teacher who dreams of performing jazz onstage and gets his shot, right before getting into an accident that separates his soul from his body. He must then navigate the afterlife to return to his body on Earth before he dies. (Disney+: December 25)

Regina King—actress, voice actress, director—has been one of Hollywood’s brightest talents for, like, more than 30 years, which is why it’s such a joy to see her directorial debut is an intimate, stagey movie, anchored by writing and great performances. One Night in Miami lets the worlds of Malcolm X, Muhammed Ali, Sam Cook and Jim Brown collide in one explosive evening. Read our review from the film’s release at AFI here.  (Theaters: December 25; Amazon Prime Video: January 15)

No one is perfectly satisfied with Wonder Woman 1984‘s journey to streaming—a reality all too familiar in 2020 thanks to the COVID-19 pandemic. Nonetheless, a new blockbuster superhero movie, even if it has to be experienced at home, promises be a welcome holiday distraction. The original Wonder Woman changed the superhero landscape thanks to Gal Gadot’s performance and Patty Jenkins’s direction, and its sequel looks just as good. (HBO Max: December 25) 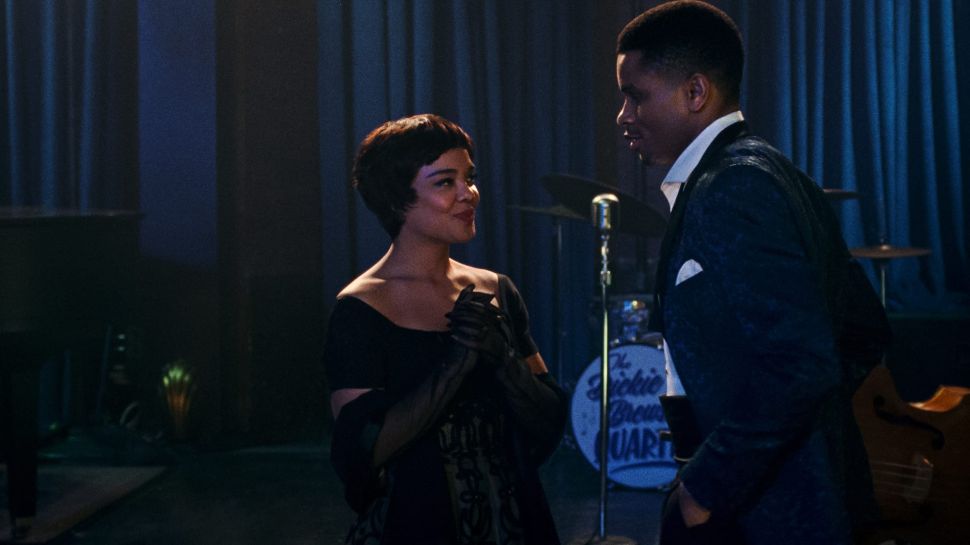