Inspired by the ambitions of SpaceX and its rivals to move our internet infrastructure from ground cell towers and underground optic fibers to satellites orbiting from above, a Texas-based space startup called AST & Science has an even bolder idea: it wants to deploy cell towers-sized satellites in low Earth orbit to provide 4G and 5G connection to smartphones on Earth.

The company plans to build a constellation of 243 such satellites and has raised $110 million to fund the project, codenamed “SpaceMobile.” However, NASA is gravely worried about the risk of these satellites colliding with other objects in Earth’s orbit and voiced its objection to the project in an unprecedented open letter.

“With the increase in large constellation proposals to the FCC, NASA has concerns over the possibility of a significant increase in frequency of conjunction events,” the space agency wrote in a letter dated October 30. The letter was submitted during the public comment period of the company’s Federal Communications Commission petition to acquire radio spectrum permits.

It’s the first time NASA has publicly opposed a private company’s plan to build a satellite constellation, because AST’s proposed altitude, 466 miles (720 kilometers) above Earth, lies near NASA’s “A-Train” satellites, a group of 10 Earth-observing satellites operated by the space agency and the U.S. Geological Survey.

SpaceX’s Starlink satellites orbit at a similar altitude (341 miles, or 550 kilometers), but AST’s satellites are significantly larger, which NASA said pose an “unacceptably high risk” of collision in space and would require a great deal of work on a daily basis to prevent it.

In order to provide service, each AST satellite will need large phased-array antennae that span an area of 900 square meters.

“Historical experience with the A-Train constellation has shown that this particular region of space tends to produce a large number of conjunctions between space objects,” the NASA letter said. “For the completed constellation of 243 satellites, one can expect 1,500 mitigation actions per year and perhaps 15,000 planning activities. This would equate to four maneuvers and 40 active planning activities on any given day.”

Also concerned with AST’s lack of experience in building such projects, NASA estimates that up to 10 percent of the satellites may end up failing, which would make them even more difficult to maneuver around.

AST said it plans to work with NASA to address its concerns, “including providing clarification of AST’s constellation design that robustly manages orbital debris, keeping NASA and other orbital assets safe,” Raymond Sedwick, chief scientist for space systems at AST, said in a statement to Ars Technica on Monday.

Potential space collision is a growing concern among space agencies as commercial space missions crowd up low Earth orbit at an unprecedented rate.

SpaceX, the busiest satellite launcher right now, addresses this problem by installing ion engines on its Starlink satellites so that they can maneuver themselves around to avoid collisions. And when those engines die off, the satellites should naturally de-orbit and burn up in Earth’s atmosphere.

It’s not a perfect solution, though, because about 3 percent of Starlink satellites fail to function after deployment, making them de facto space debris. 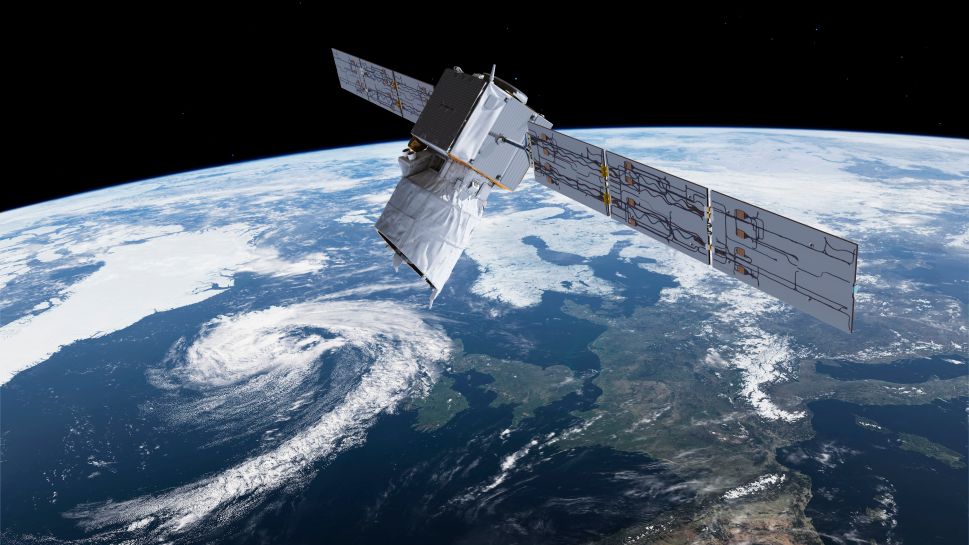