Last Tuesday, Netflix premiered its new animated series Blood of Zeus. The stylishly violent new show revolves around Heron, a commoner living in ancient Greece, who discovers his true heritage as a son of Zeus, and his purpose: to save the world from a demonic army. The show, which mixes the family drama of Star Wars with the celestial power of Greek mythology, is yet another investment from Netflix into their burgeoning animation empire.

Through Monday night, Blood of Zeus has been trending in Netflix’s U.S. Top 10, a positive sign for the show’s future prospects. Yet given Netflix’s propensity for quick cancellations, Blood of Zeus’ fate is an unknown not even the Gods have insight into.

“We’ve planned out what we would hope to be a five-season arc. It all depends on whether we get viewership [that will decide if] we get a second season,” creators Charley and Vlas Parlapanides told Inverse in a recent interview.

Normally, Netflix will wait about four weeks after a show’s debut to review its viewership before making a decision regarding renewal or cancellation. Fans shouldn’t expect an announcement on the future of Blood of Zeus until late November at the earliest. But if Netflix’s recent track record amid the coronavirus pandemic is any indication, the series is fighting an uphill battle. The streamer has cancelled a whopping 23 series this year alone.

The sci-fi fantasy genre has been hit particularly hard in recent years by Netflix’s algorithm-driven decision making. Altered Carbon, Sense8, The OA and several Marvel series have failed to make it beyond their second seasons. The streamer employs a viewership-versus-cost-of-renewal review process when determining the future of a series. This takes into account member accounts that both start and complete a series within the first seven days and first 28 days of a show being available on the service as well as overall viewership within its first month. Essentially, Netflix is looking for broad appeal programming such as Stranger Things that can both attract new subscribers and maintain existing customers.

“The biggest thing that we look at is, are we getting enough viewership to justify the cost of the series?” Netflix’s then vice president of original programming Cindy Holland said in 2018, during the Television Critics Association’s summer press tour, per Wired.

Unlike broadcast television, which often commissions a pilot before deciding whether or not to order a full season of a TV show, Netflix doles out complete season orders all at once. The company also runs on a cost-plus model, which means that it pays a show’s entire production cost, plus a 30 percent premium. In other words, it’s more expensive for Netflix to develop content, which partially helps to explain the company’s massive programming budget.

As is customary throughout the TV industry regardless of medium, casts of hit shows will renegotiate for significant raises ahead of their third seasons. It’s why the stars of NBC’s This Is Us received huge paydays ahead of Season 3 and why Netflix did the same for the Stranger Things cast. So cancelling a popular series before it reaches that milestone is also a cost-saving measure.

Despite a solid season of TV and an intriguing set-up for a potential follow-up, Blood of Zeus‘ continued existence is anything but a given at Netflix. 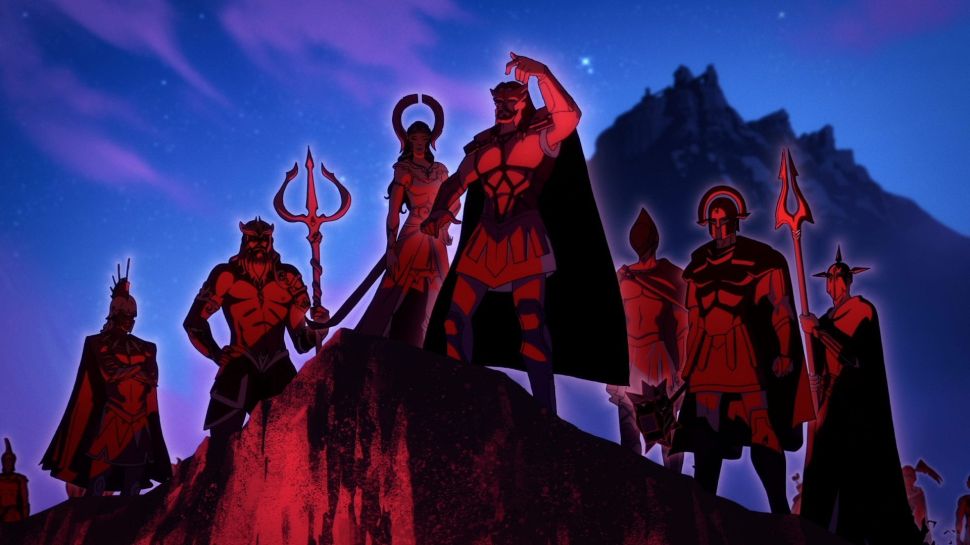