Three years ago, Disney and DreamWorks executive Jeffrey Katzenberg’s idea to revolutionize mobile entertainment sounded ambitious, innovative, and quite possibly prophetic. Today, we now realize that the best use for Quibi is as a punchline. But that’s the problem with the current algorithm-driven media ecosystem—you can’t reverse engineer an Emmy winner. What looks like a game-changer on paper may be anything but in actuality, which brings us to Netflix.

In 2017, Netflix signed Grey’s Anatomy and Scandal creator Shonda Rhimes to a jaw-dropping $100 million overall deal. The free-spending streaming service soon followed that up with a staggering $300 million pact for American Horror Story creator Ryan Murphy. At the time, both moves were considered major power plays by Netflix. The company was firing a shot across the bow of the incumbent linear TV powers by recruiting two hugely popular producers to its online platform. When Black-ish creator Kenya Barris joined them in 2018 on yet another nine-figure deal, it was clear that the status quo had begun to crumble.

“Netflix clearly wants compelling content, but they also wanted to send a strong signal to the industry about how serious they were about building their content scale,” Rich Greenfield, media analyst with LightShed Partners, told Observer.

Yet this past weekend, Deadline reported that Barris is already eyeing an exit from his Netflix deal just halfway through the pact. Meanwhile, Murphy’s collection of Netflix originals have been critically and commercially uneven. Rhimes will finally deliver her first digital series this December with Bridgerton, three years after first joining the company. If Netflix was hoping for an immediate infusion of must-watch content, none of these mega-deals have delivered thus far. (Similar pacts, such as 2019’s $200 million deal with Game of Thrones creators David Benioff and Dan Weiss, have also retroactively elicited skepticism.)

In the company’s recent organizational shakeup, long-time original programming chief Cindy Holland was shown the door and Bela Bajaria was elevated to global TV head. Quickly, Bajaria moved Netflix’s overall deals business under a single executive, Brian Wright, raising the question of whether or not the streamer’s handsomely compensated creative talent has lived up to internal expectations.

“To be fair, it’s a bit early to judge any of these deals,” Greenfield said. Bajaria herself also described these nine-figure moves as “long-term investments” when speaking to The Hollywood Reporter. In the same report, one Netflix executive told the outlet “The idea of doing more prestige shows that nobody knows are on isn’t interesting.” Niche programming is on its way out, viable commercial content is in. So as Netflix shifts strategy and begins to focus on generating regular profits, it’s fair to wonder about the immediate legacy of these massive creator commitments.

The problem with answering a question about Netflix is there is no single way to define the value of a show, according to Andrew Rosen, author of media newsletter PARQOR. Netflix’s VP of Original Films Tendo Nagenda described it for films as:

“There are a lot of metrics that go into determining what is successful for us. Not just viewing but quality, awards, representation. Did it service a particular audience that we value at Netflix, in a particular region, or demographic, or viewing habit? Any movie that we make, regardless of how it does in the first month on Netflix, will be on Netflix forever. So it’s possible that something gets more attention and viewing two years after it’s released. You don’t have to think in terms of hits and bombs.”

Obviously, Nagenda’s work in the film division differs from Holland and Bajaria’s focus in television. But even with that said, return on investment (ROI) is still very much a factor in the value of a show, something David Fincher summed up about the end of Mindhunter to Vulture: “dollars have to equal eyeballs.”

“We really do not know the details of these nine-figure deals beyond the final amounts, which in turn are amounts that are paid out only if conditions are met or benchmarks are reached,” Rosen told Observer. “We do not know those conditions or benchmarks, either. So, on Netflix’s side, it is about ROI. And on the creator’s side, it is about working towards contractual incentives and benchmarks for payout.”

Hollywood, Murphy’s splashy period piece that debuted earlier this year, garnered just a 57% on Rotten Tomatoes and a 55 on Metacritic. Netflix did not release viewership information for the series. Murphy’s The Politician, which was part of a previous deal with Netflix, received a second season despite similar reviews. The producer’s most recent Netflix original, Ratched, was viewed by 48 million member accounts within its first four weeks, according to Netflix (take their numbers with a grain of salt). According to Nielsen data provided to Observer, Ratched notched back-to-back first place finishes in terms of minutes watched among digital series within its first two weeks, before finishing fifth on the list in its third week. While undeniably successful, the show was met with mixed-to-negative reviews (61% on Rotten Tomatoes, 49 on Metacritic). It also opened smaller than other premiere launches such as The Witcher (76 million viewers in its first four weeks) despite the service adding roughly 30 million more subscribers by the time Ratched launched. The Umbrella Academy debuted its first season in February 2019 and garnered 45 million views within its first month; August’s second season dominated Nielsen’s ratings.

Barris’ #blackAF has been renewed for a second season, but has not exactly moved the needle for the streamer. The same can be said for his entertaining but little-seen Astronomy Club sketch comedy series.

“We can comfortably conclude that the story about Kenya Barris negotiating with ViacomCBS implies that Barris feels unlikely to be able to reach his conditions or benchmarks for a $100 million payout at Netflix,” Rosen said. “We can also comfortably conclude from Netflix’s reported numbers that Ryan Murphy is not being paid $300 million for Ratched to reach 60% of the total households who consume The Witcher.”

As Greenfield mentioned and as Rosen also stresses, it is still early in the lifetime of these deals. Murphy has at least three more original series and three documentaries in the developmental pipeline. There is good buzz surrounding Rhimes’ Bridgerton, which unveiled its first teaser (it looks juicy!) this week and will enjoy a favorable Christmas release. She also has seven other projects in varying stages of development. In other words, there’s still time for Netflix to more than get its money’s worth. These are talented, proven creators with a track record of success, after all.

But the potential move of Barris to ViacomCBS also raises questions about how long Murphy will stay within the Netflix ecosystem if it seems unlikely he can hit the conditions and benchmarks in his contract to reach his full payout, Rosen argues. That will also be a function of how much leeway Bajaria will continue to give Murphy if his next series (Ewan McGregor’s Halston) underperforms.

Further complicating the picture from the outside looking in is the nebulous ways in which Netflix recoups these deals, Rosen observes. “It isn’t entirely clear how the market-leading streamer attributes someone who watched Hollywood to growth or retention when that person watches other shows or movies on Netflix over a period of time. It is probably clearer when a user who watched Hollywood or Ratched signed up or restarted their account to watch it before cancelling their subscription. It’s probably clearest when the company obtained a new subscriber from marketing Ryan Murphy or Kenya Barris content,” he said.

They mysterious inner workings of the Netflix empire make it difficult to discern successes and failures, especially from arm’s length. But from the evidence we can gather at this still early juncture, these deals have yet to produce a Stranger Things, Witcher, or Umbrella Academy sized hit.

As Rosen surmises: “I think the writing is very much on the wall for these deals, and it may be easiest to sum in up in terms of incentives: Netflix is no longer seeing the ROI incentives for producing and marketing this content, and with underperformance of their content on Netflix, creators like Murphy and Barris are no longer seeing their contractual incentives and benchmarks within reach.”

As Netflix turns its attention to franchise IP such as Witcher spinoffs, Roald Dahl’s library, and video game adaptations, it may very well move away from these types of big dollar creator pacts and niche programming in general. 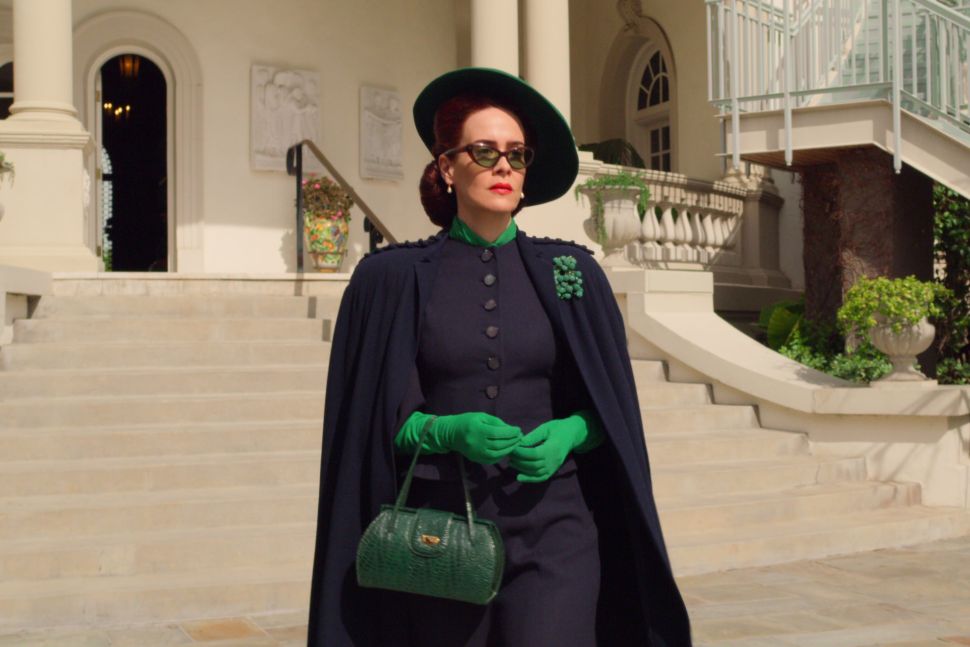