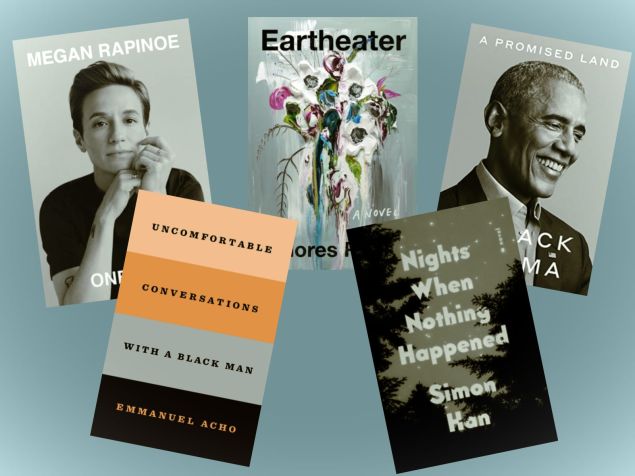 It’s true that there’s one event overshadowing everything else in November 2020 and that in the book world, some publishers have avoided big November releases lest the election swallow our attention whole. But not all have, knowing the time might be right to debut the new work of a voice we need in this moment, while others have saved more experimental, debut works of fiction for this uncertain market. Below, find five books bibliophiles will want to add to their reading lists this month.

A former NFL linebacker and current Fox Sports analyst, Emmanuel Acho garnered attention in June of this year when he inaugurated the Youtube series from which this book was spawned and takes its name. In the videos of Uncomfortable Conversations With a Black Man, Acho conducts interviews with the likes of Matthew McConaughey, NFL Commissioner Roger Goodell, and Olympic gold medal-winning couple Lindsey Vonn and P. K. Subban, having the kind of frank discussions about race that were remarked on for their rare candor. The book aims to act as an explainer, tackling questions “large and small, insensitive and taboo, [that] many white Americans are afraid to ask.”

The first of a two-book deal Megan Rapinoe struck with Penguin after her star turn in the 2019 Fifa Women’s World Cup, One Life isn’t your typical sports star memoir (but would we expect anything less from Rapinoe?). Rapinoe’s first book which has been co-written with Emma Brockes, includes first-hand accounts of important moments in her life, whether related to sport or not, as well as social commentary on the issues she’s long campaigned for, including equal pay and LGBTQ rights. The second book of this deal will be for middle schoolers, aimed at empowering kids to be forces of change in their own communities.

Nights When Nothing Happened by Simon Han (Riverhead Books, November 17)

The debut novel from newcomer Simon Han revolves around the Cheng family, who have moved from China to Texas (much like Han did with his parents) setting up in Dallas and trying to establish some stability before sending for their son, who has been living with his Grandparents back home. A second child, who begins to sleepwalk at a young age, sets in motion a string of events that will force the Chengs to unearth secrets they’ve been keeping from each other.

President Barack Obama has written prolifically about his life, but there’s still more to cover. This tome, which clocks in at 768 pages and is only the first of two volumes, is the next release in a deal Crown struck with the Obamas, following on from Michelle’s smash hit November 2018 release, Becoming. Covering his early political career through to the 2008 election and the death of Osama bin Laden, A Promised Land apparently took longer to finish than Michelle’s memoir because, as the Atlantic reported in 2019, Obama said that unlike his wife he did not use a ghostwriter.

The protagonist of Eartheater does exactly as the title of this book by Argentinian writer Dolores Reyes suggests. The woman, who lives in an impoverished neighborhood in Argentina, finds that her appetite for humus leads her to have visions that reveal the fate of lives that have been lost or extinguished. At first she learns the disturbing truth of her mother’s death. Her insight proves hard to keep secret, and soon she finds herself being called on by those in her community searching for answers. 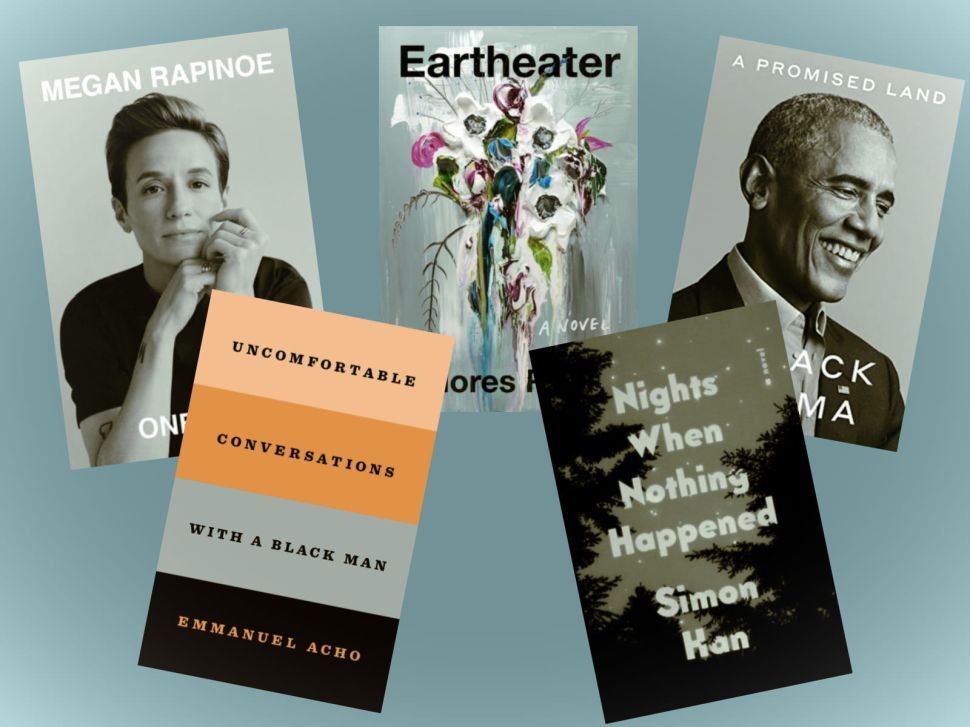