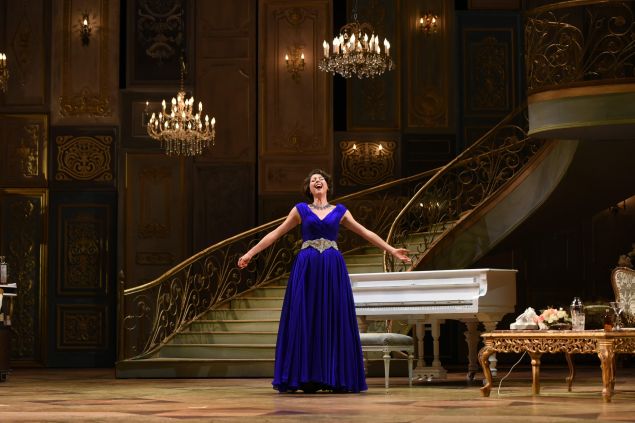 With all the competing current events, it’s a wonder that even in the operatically inclined spheres of the internet, a singular performance can go viral across a genre. Yet that’s what happened with a clip of Cuban-American soprano Lisette Oropesa singing a sustained high C during a superhuman interpretation of the devilishly difficult “Marten aller Arten” from the Vienna State Opera’s short in-person run of Mozart’s Die Entführung aus dem Serail in October, all while supporting bass Goran Jurić on her knee.

Stunned accolades are an increasingly familiar phenomenon for Oropesa. Over the past five years she has catapulted to stardom, especially in Europe’s international houses, for performances of pearly perfection in the most challenging coloratura roles. It’s somewhat ironic that her breakout successes have occurred across the pond, though it was the Metropolitan Opera’s Lindemann Young Artist Development Program  that trained her. But American audiences, who are finally catching on, can now experience an early example of her artistry in her 2015 debut in Giuseppe Verdi’s La Traviata, available on Opera Philadelphia’s newly launched Channel.

In recent years, Opera Philadelphia has set itself apart for its blend of classics, new works and satellite events, all pitched innovatively and accessibly. Hosting a growing catalog of both archival and newly-conceived performances and available across a variety of streaming platforms, Opera Philadelphia’s Channel proves yet another step in that democratizing direction while the Academy of Music remains closed.

Oropesa’s inaugural Traviata was the first performance to hit the platform at the end of October and it sets a high bar. As Violetta, the world-weary courtesan won over by the ardent Alfredo and then forced to abandon him when his father intervenes to preserve his family’s honor, Oropesa’s slick, studied approach nonetheless radiates with a freshness that pervades the entire production of this chestnut. If her singing has gained an element of spontaneity since this 2015 recording, her scrupulous technical approach remains beyond compare. 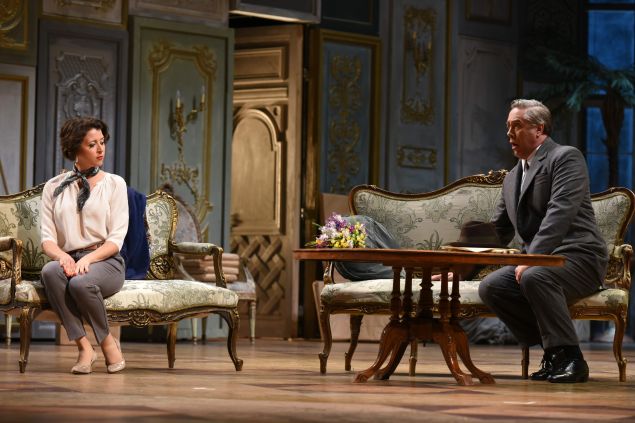 And with a unifying, milky sound across her range, the most forthright coloratura in the business, and vocal production that is never less than crisp, frank, and immaculate, the performance is a delicate assemblage of vocal techniques that together form a Violetta of unusually deep introspection and self-awareness. Listen how, for example, she teases a pianissimo fil di voce, a “thread of voice,” into a quavering, arching plea in Act II’s “Dite alla giovine,” when Violetta agrees to leave Alfredo on the condition that her sacrifice not go unspoken of in his family. It’s the type of moment that would have you holding your breath in a theater, yet I found myself doing the very same on my sofa.

Despite her admirable vocalism, however, there’s little chemistry to be had between Oropesa and her Alfredo, tenor Alek Shrader. While his baby-faced, boyish manner concealed unimpeachable high notes at the outset of his career, he sounds more covered, inhibited in this weightier role than he did in his earlier bel canto outings. Even the high notes don’t sound the way they used to as his voice seems to grind against some of the effects it’s being compelled to do.

Fortunately, Stephen Powell provides an ideal balance as Giorgio Germont, Alfredo’s father. His sonorous and authoritative baritone shapes phrases with a restrained elegance and his characterization is reasoning and sympathetic. The extended Act II scene between him and Violetta, a highlight of any Traviata production, is as gripping as ever. This is due, in part, to the efforts of conductor Corrado Rovaris in the pit. Though not without its innovations, the conducting has a brisk yet refreshing sense of indulgence, while remaining eminently sincere, that carries the performance along at a steady pace. The chorus sings with a matching degree of sensitivity, though they often bear the brunt of some gimmicky blocking and choreography by director Paul Curran in a mostly inoffensive update to the 1950s.

For the time being, the goodies of Opera Philadelphia Channel don’t stop at this Traviata. Also available is a concert curated by tenor Lawrence Brownlee featuring songs, arias, and spirituals as well as candid and upbeat discussions about music, performing, and the pressures of the moment with accompanist Myra Huang and sopranos Karen Slack, Lindsay Reynolds, and Sarah Shafer. Future performances will include a song cycle by Tyshawn Sorey, Cycles of My Being, David T. Little’s Soldier Songs, and Hans Werner Henze’s El Cimarrón. But for now, audiences will find themselves with plenty to chew on with what’s currently available; it’s some of the most satisfying opera to emerge from the U.S. during quarantine.

All performances on Opera Philadelphia Channel are available individually for pay-per-view, or you can be a season subscription for unlimited access to the Channel. 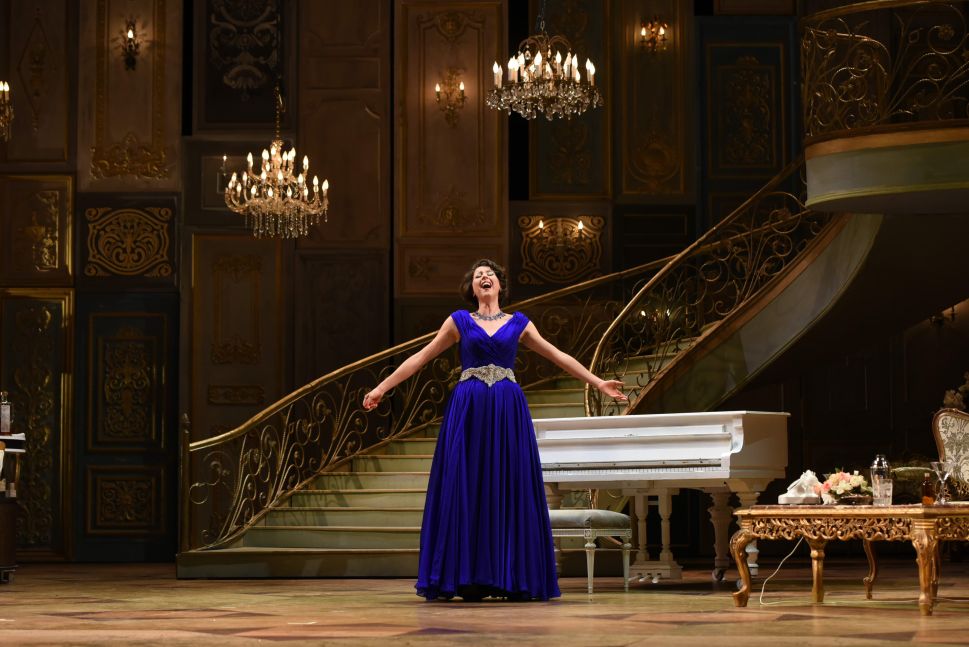