As encouraging news about vaccines for COVID-19 continues to roll in, this optimistic New York opera fan begins to foresee a time, possibly as soon as late spring 2021, when live performances return to the stage. While we wait and hope, we can keep ourselves artistically occupied this week with a cascade of streamed performances by operatic superstars, both live and archival.

The parade of stars begins this afternoon at 2:15 p.m. when Munich’s Bavarian State Opera webcasts its venerable production of Puccini’s La Bohème, with the unusual casting of tenor Jonas Kaufmann and soprano Rachel Willis-Sørensen as the amorous bohemians. (According the company’s website, Kaufmann has not sung this part on stage since 2011!) If the timing of today’s matinee is inconvenient for you, don’t worry: the BSO promises the stream will return on demand beginning December 3.

The Metropolitan Opera reaches back to the dawn of the Peter Gelb era for the opening installment in its “Stars in Signature Roles” series this week. Tonight’s presentation is a legendary revival of Tchaikovsky’s Eugene Onegin with the starry pair of Renée Fleming and Dmitri Hvorostovsky, as telecast on February 24, 2007.

The following night is even more gripping, a document of soprano Leontyne Price’s final operatic performance ever, Aida from January 3, 1985. The celebrated diva is at her zenith in a radiant and poignant “O patria mia,” in which both literally and figuratively a princess bids farewell to her kingdom.

Kaufmann is heard again on Wednesday night, this time in one of his signature Wagner parts. To the title role of Wagner’s Parsifal the tenor brings rich tone and unflagging commitment. In my experience he is the singer who best conveys the character’s enlightened state in the final act, when Parsifal takes on the responsibility of guarding the Holy Grail. The luxurious casting also includes Peter Mattei as the tormented Amfortas, and Daniele Gatti’s conducting is unorthodox but spellbinding.

The remainder of the week is no less fascinating. Relatively recent performances of Verdi’s Macbeth and Bizet’s Carmen spotlight current superstars such as Anna Netrebko, Roberto Alagna and Elīna Garanča. Over the weekend, operatic giants from the 20th century take the stage: Jessye Norman, Kathleen Battle and Tatiana Troyanos in Strauss’s Ariadne auf Naxos; then Shirley Verrett and Luciano Pavarotti in one of the Met’s earliest telecasts, Puccini’s Tosca from 1978.

The stellar excitement extends into next week, when La Scala marks its traditional opening night of December 7 with a gala entitled A Riveder le Stelle (Seeing Stars Again). The event, streaming live at 11:00 a.m., promises a galaxy of talent from Ildar Abdrazakov to Sonya Yoncheva—including, naturally, the omnipresent Mr. Kaufmann.

In short, it’s a week when staying home won’t feel like a chore so much as a privilege. At the very least, it’s a diverting way to bide your time until the day live opera returns. 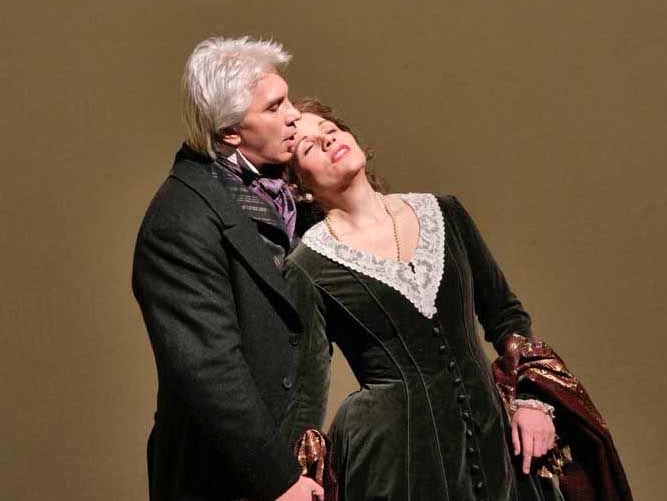