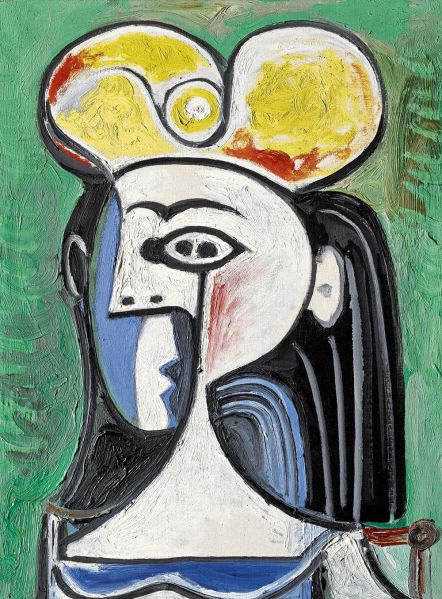 Like many other famous male artists, Pablo Picasso was just as well known for the tempestuous and often problematic relationships he had with his muses as he was for the spectacular artwork that blossomed from these interactions. Buste de Femme Assise, a work inspired by Jacqueline Roque, his second wife and final muse, forms the centerpiece of Sotheby’s upcoming “Impressionist, Modern & Contemporary Art” evening sale on December 8. Roque was apparently devoted to the artist, accepting his wild habits and remaining with him until his death.

Estimated to sell for between $8 million and $12 million, Buste de Femme Assise is exemplary of the artist’s portrait style showing two aspects of a face, though it won’t be setting any records. Back in 2015, Picasso’s The Women of Algiers (Version ‘O’), 1955, took that title when it sold for an astonishing $179.3 million, setting an all-time record for a work at auction at the time. However, Femme Assise does represent a particularly fruitful period in Picasso’s career when he was renewed and reinvigorated by Roque, who became the woman he would make more images of than any other woman in his life, including Françoise Gilot, the mother of his two children.

Picasso and Jacqueline married in 1961, which means that Picasso’s Femme Assise captures Roque early in their marriage, as the work is dated 1962. For this portrait, Picasso also captured his new wife in “double-profile,” which was a stylistic device rooted in Cubism that he invented while making his portraits of Dora Maar. Looking at the painting, Jacqueline’s strong eyebrows and dignified nose are prominently represented, but so too is her profile rendered on the left side of the figure’s face. 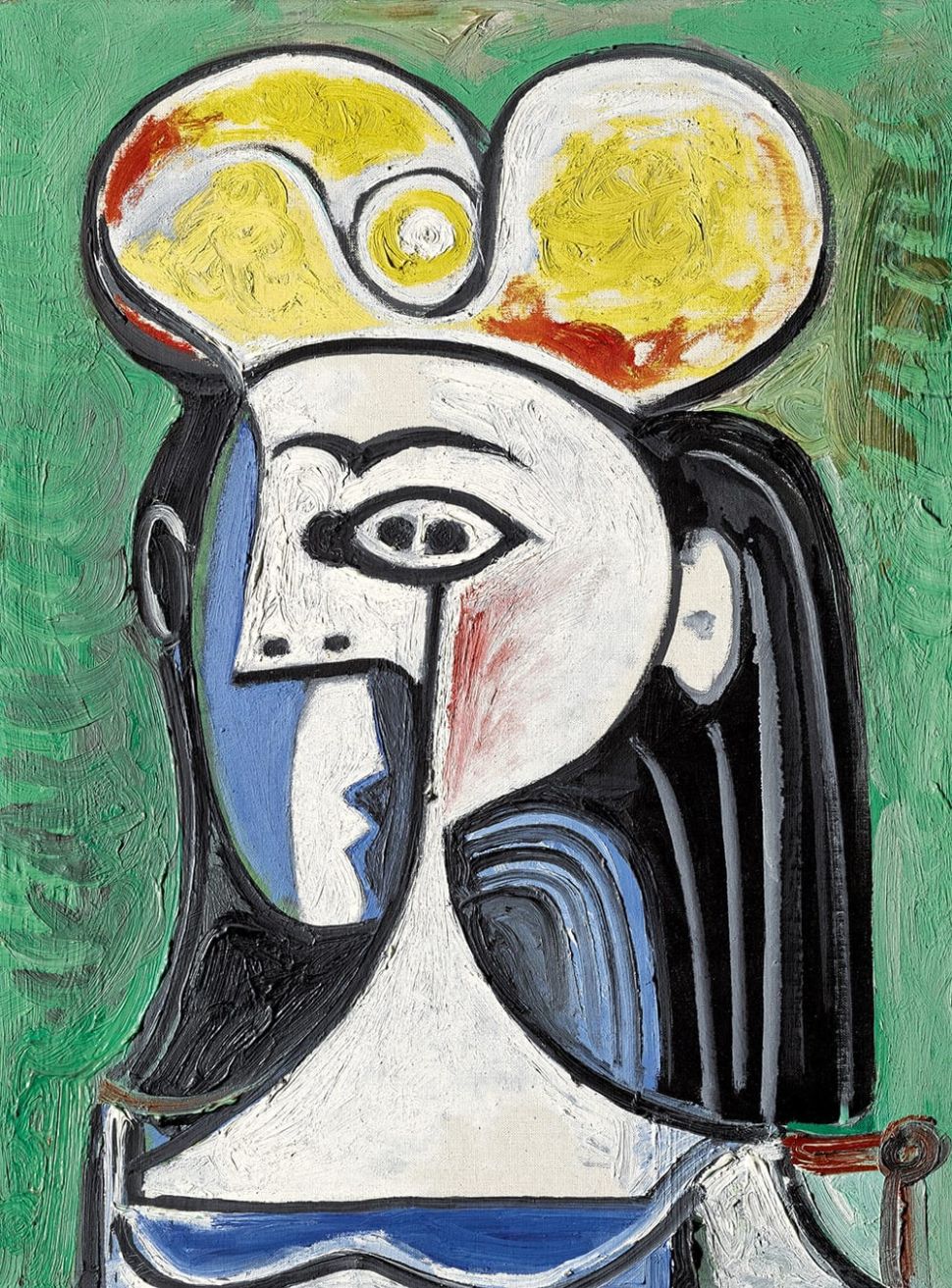