One year ago, a team of British-Colombian researchers that was funded by the European Research Council ventured into a remote part of the Colombian Amazon, Serranía de la Lindosa, discovering a remarkably monumental example of prehistoric art: a nearly eight-mile stretch of paintings of both humans and mysterious animals that spans a steep cliffside, and which has been referred to as the “Sistine Chapel of the ancients.” According to recent reports, some of the drawings that have been discovered depict creatures that have long since gone extinct: a certain type of camelid, Ice Age-era horses and a palaeolama.

The work by the European Research Council had previously kept secret in order for it to be shown in the new documentary TV series Jungle Mystery: Lost Kingdoms of the Amazon, which will air on U.K. Channel 4 in December. It will focus on the enormous scale of the paintings, and the variety of the animals depicted in the artwork itself, which indicates that they were produced by Amazonian peoples who lived in that part of the world 12,500 years ago.

“When you’re there, your emotions flow…We’re talking about several tens of thousands of paintings,” José Iriarte, a professor of archaeology at Exeter University and the leader of the group that researched the drawings, told the Guardian. “It’s going to take generations to record them…Every turn you do, it’s a new wall of paintings.”

Iriarte added that the complexity of the paintings made them even more valuable to researchers and historians. “We started seeing animals that are now extinct,” Iriarte continued to the Guardian. “The pictures are so natural and so well made that we have few doubts that you’re looking at a horse, for example. The ice-age horse had a wild, heavy face. It’s so detailed, we can even see the horse hair. It’s fascinating.”

Additionally, the artwork itself serves as a reminder of how different the Amazon rainforest’s flora and fauna used to look. If we’re moved by the forest’s awesome beauty and power now, that’s nothing compared to the megafauna of centuries past.

Update: Since this article’s publication, there’s been some confusion online about which site was being featured in the Channel 4 series, and when people first knew about it; this led to the misconception that the site in la Lindosa was not a new discovery. However, while Colombian and foreign archeologists, locals, and indigenous people have indeed known about and researched rock art in la Lindosa and Chiribiquete National Park for decades, the new site being explored in the Channel 4 series is considered previously unknown and, as yet, has not been named. 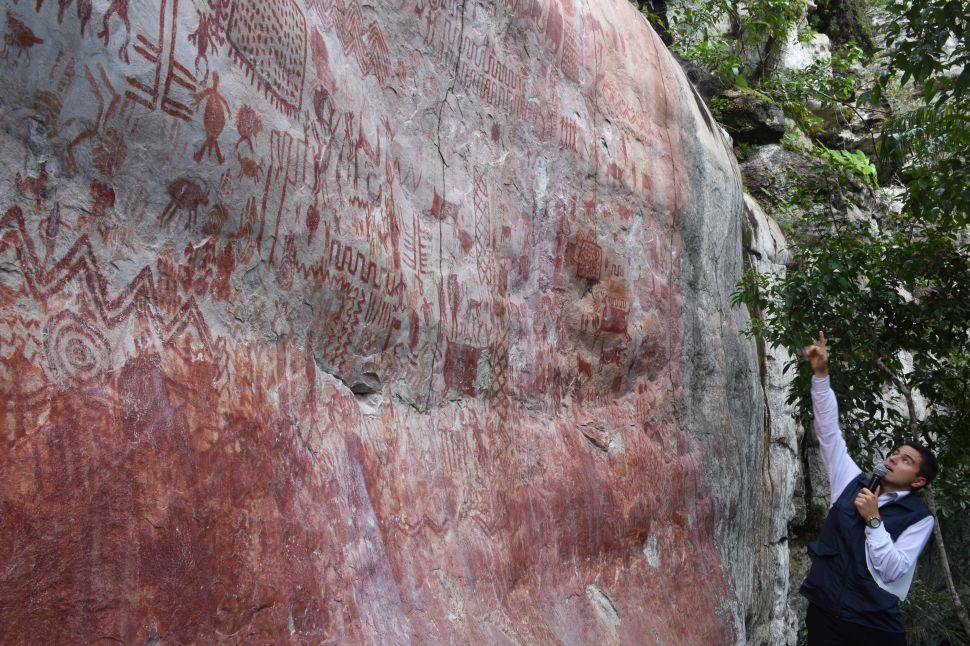