Barack Obama’s 1995 memoir Dreams From My Father was a searching, honest book, in which Obama spreads out his varied heritage—Black, white, Hawaiian, Kenyan, Indonesian—to try to find his own identity and community. After its publication, as the world knows, Obama launched a meteoric political career that took him from Illinois State Senator, to U.S. Senator, to the first Black American president in less than 15 years. His new autobiography, A Promised Land, chronicles his ascension from private citizen to national figure, and is, as you’d expect, a much less personal and much more guarded book than its predecessor. That’s a loss to readers. But it’s also a quiet reminder of the virtues of restraint that Obama brought to the presidency, and which his successor lacks.

This isn’t to say that A Promised Land is as dry, or as formulaic, as standard political biographies—like, for example, Bernie Sanders’ forthrightly dry Our Revolution. Obama’s prose is always graceful and distinctive, and his character sketches can draw blood. A description of Lindsey Graham as the guy in the spy thriller “who double-crosses everyone to save his own skin” has already gone viral.

Nor does Obama shy away from disarmingly frank assessments of his own failures and shortcomings. He talks about how his political ambitions kept him away from home and seriously strained his relationship with his wife Michelle. And he acknowledges that his noble goals—to change the country for the better, to give people hope and health care—were tied to an enormous ambition that he does not entirely control, and which disturbs him. “If one of the qualifications of running for the most powerful office in the world was megalomania,” he muses after Michelle desperately begs him not to run for president, “it appeared I was passing the test.”

These moments of self-reflection and self-revelation, though, are not the story of the book, which devotes most of its 700 pages not to internal exploration, but to the chronicling of public events. At times A Pomised Land reads a bit like an acceptance speech, as Obama devotes brief, laudatory character sketches to everyone who influenced him or helped him in his rise to success, from his beloved grandmother, to Iowa field operatives, to members of his Secret Service detail, to political allies like Harry Reid and Ted Kennedy, to foreign leaders like Angela Merkel, to cabinet appointees, to his White House butler. Other passages read like freshman college introductions to issues of the day: the Palestinian/Israeli conflict, health care policy, climate change. A section on the environment is introduced with an anecdote about one of his daughters asking him if he will save her favorite animal, the tiger—an inspired bit of calculated stump speech bathos.

There is also, inevitably, a good bit of justification. The book is in part meant to secure and explain Obama’s legacy. Throughout, he is constantly making his case case to critics on the left (whose hopes for a public option, or for cannabis legalization, or for closing Guantanamo, he declares unrealistic) even as he makes the (very convincing) case that Republicans are irresponsible obstructionists and liars without principles or plan. He admits to some failures of judgement, such as his choice to run for Bobby Rush’s Illinois Congressional seat in 2000. But these concessions by design make him look more reasonable and fair-minded.

A giant tome of encomiums, policy briefs, and political self-justifications probably does not sound all that riveting, and, in fact, it is not. Political junkies and Obama fans will find what they are looking for. But readers without those investments may have trouble struggling to get to the end of this volume, which concludes in 2011, much less of the sequel, which promises to take Obama through the end of his second term in 2019.

America has a persistent fantasy that we want politicians who speak authentically, from the heart and the gut, without calculation. Political figures who eschew establishment polish show up in films like Mr. Smith Goes to Washington and Dave. And in 2016 we finally elected one to office. But it turns out that it is not necessarily so great to have a president without a filter, who suggests people should inject bleach to cure a virus, or randomly screams in public about whatever he last saw on television.

Writers aren’t supposed to be boring. But presidents, and ex-presidents, arguably are. Obama notes several times in the memoir that as president he often felt more constrained in what he could say—less able to speak out against human rights violations in foreign countries for example—than he did as a private citizen. He’s retired now, but he’s still a political actor and a political leader. So he continues to choose his words with care by using his platform to pay debts to allies, burnish his legacy, and advance the cause as he sees it. His caution results in a worse memoir. But it may be part of creating a better polity. 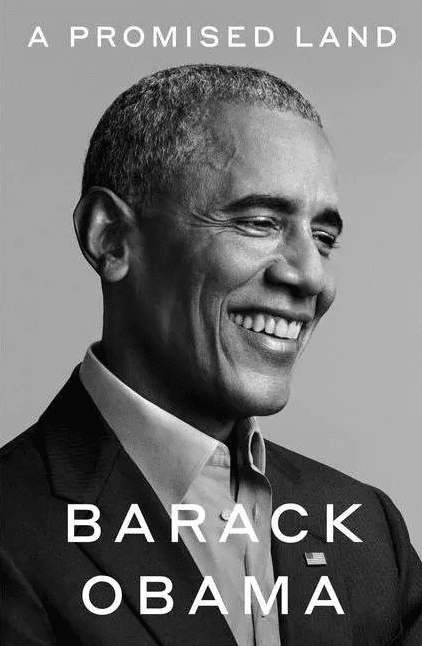