It’s been eight months since Prince Harry and Meghan Markle last made their way across the pond. The Duke and Duchess of Sussex, who are now living in California, officially stepped down from their senior royal roles in the spring, with their last trip to the U.K. taking place back in March.

It’s been even longer since their son, Archie, has traveled to the U.K., as Prince Harry and Meghan didn’t bring him along on either of their trips in January or March; the Sussexes left him in the care of friends at the Vancouver Island home they were living in at the time.

It has now been nearly a year since the royal family has been able to see Archie, and while they were hoping Prince Harry and Meghan would be able to travel to the U.K. to celebrate the Christmas holiday at Sandringham, the Sussexes are staying put in Montecito this year, as not only is it their first holiday season in their new home, but COVID-19 travel restrictions and quarantine regulations make the entire process super complicated and tricky.

The royals have been keeping in touch via video chat and Zooms, but they are “disappointed” they won’t be able to see Archie for the holidays, according to ET Online.

Prince Charles, in particular, is especially sad he won’t be able to see his grandson, per the Daily Mail. The Prince of Wales previously “enjoyed popping into Frogmore Cottage to see his youngest grandchild and is sad that he hasn’t seen him for so long,” and feels he’s missed “much of his development” now that Archie is living stateside.

The other members of the family are also taking it rather hard, as “everyone really misses Archie,” per the Daily Mail, particularly Queen Elizabeth and Prince Philip, who haven’t gotten to spend much time with their great-grandson. Prince George, Princess Charlotte and Prince Louis also haven’t seen their cousin in nearly a year.

The royals’ Christmas plans are also up in the air. While they traditionally all celebrate at Sandringham, it’s unclear how large a group will be able to gather together due to the coronavirus situation and lockdown in England.

Prince Harry and Meghan were expected to return to the U.K. by January at the latest, prior to the start of the Duchess of Sussex’s trial for her lawsuit against Associated Newspapers, but the court date has now been moved to the fall of 2021. 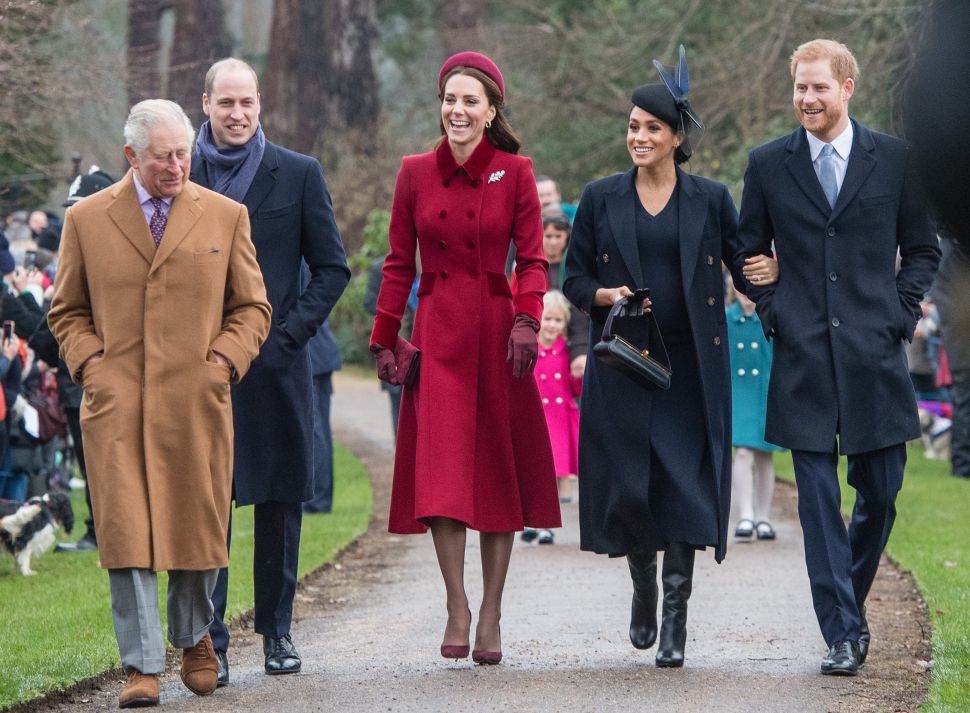