The Duke and Duchess of Sussex have been able to keep a relatively low-profile ever since they relocated to California earlier this year, and even though they aren’t participating in big events or public appearances amid the COVID-19 pandemic, they have continued to volunteer and give back to their new community over the past several months.

Last week, Prince Harry quietly volunteered with the Compton Veterans of Foreign Wars organization in Los Angeles, where he helped pack and distribute food to locals in need. The Walker Family Events Foundation, a nonprofit that provide supports for veterans, their families as well as those who are at-risk or facing homelessness amidst the coronavirus pandemic, shared two photos of the Duke of Sussex helping out on their Instagram account, and the volunteers had only good things to say about the Prince.

“Today I had the honor of meeting and working alongside Prince Harry, Duke of Sussex,” reads one of the photo captions (complete with a crown emoji!), under a snap of Prince Harry, who was dressed in a black mask and dressed in a casual short-sleeved polo, jeans, baseball cap and sneakers. “He joined us in volunteering at Compton VFW for the Operation Nourish program packing and distributing food to our #Compton neighbors. He is very humble and kind.”

It appears that Prince Harry volunteered with the Compton VFW around the same time as the U.K. Remembrance Day events and services, which honor fallen servicemen and women and their families. Prince Harry wasn’t able to take part in Remembrance Day with the royals across the pond this year, though he reportedly made a personal request for a wreath to be laid on his behalf at the service, which Buckingham Palace denied. Instead, Prince Harry and Meghan privately visited the Los Angeles Cemetery on Remembrance Sunday, where they placed flowers from their own garden in Montecito on the gravesites of two Commonwealth soldiers.

Prince Harry has another charitable endeavor coming up, as this evening, as he’s participating in the Stand Up for Heroes (virtual) event, which raises money for injured veterans and their families. 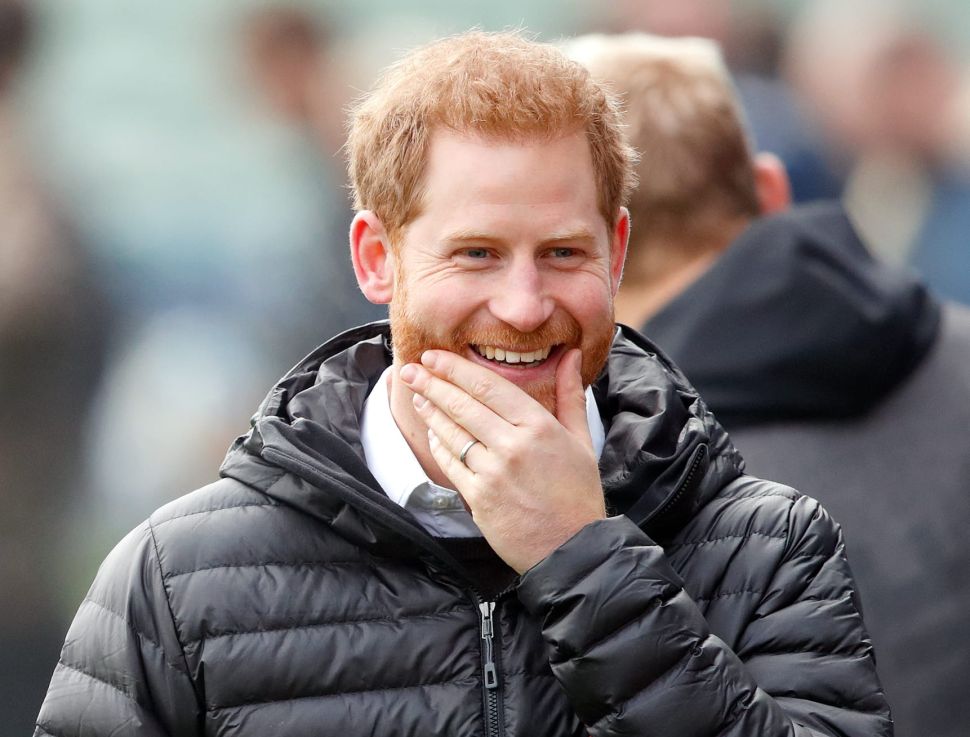