The royal family reunited for a somber event on Sunday, as Queen Elizabeth, Prince Charles, Camilla Parker-Bowles, Prince William and Kate Middleton, among others, gathered together for the annual Service of Remembrance at the Cenotaph.

It appears to be the first time so many of the senior royals have attended one engagement together since the onset of the coronavirus pandemic in March. England is now under a second lockdown, which went into place last Thursday.

This year’s scaled-down Remembrance Day service, which honors fallen servicemen and women, was a bit different from in the past due to the COVID-19 crisis. There are usually large crowds, including members of the public as well as military families, gathered on the sidewalks to view the ceremony, but this year, the service was closed off to the public.

The Duchess of Cambridge and Duchess of Cornwall stood socially distanced on the balcony of the Cenotaph above Whitehall, and Queen Elizabeth, who usually stands between her daughter-in-law and granddaughter-in-law, instead stood on a separate balcony with her lady-in-waiting, who has been part of the Queen’s “bubble” during the pandemic.

Prince Charles, Prince William and others laid wreaths of poppies to honor and pay tribute to those who have lost their lives in war.

Prince Harry, who served in the British Armed Forces for a decade, reportedly made a personal request for a wreath to be laid on his behalf at the service, but according to the Sunday Times, courtiers at Buckingham Palace denied him permission to do so. Per the Times, the Queen wasn’t made aware of her grandson’s request, and the Duke of Sussex is “deeply saddened” by the decision.

Prince Harry did still honor Remembrance Day , as according to CNN, he and Meghan Markle recognized the solemn occasion by laying flowers at the graves of two Commonwealth soldiers at the Los Angeles National Cemetery over the weekend. 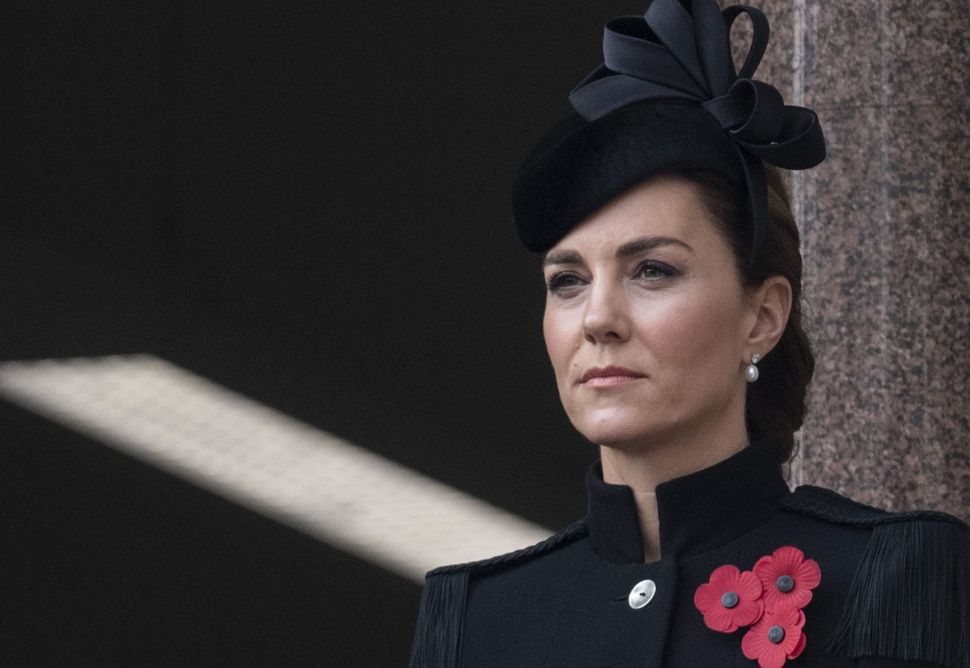