SpaceX is having a moment this fall. After launching its 100th mission in late October and completing the historic full-crew NASA flight to the International Space Station this week, the private rocket company will launch a special satellite this weekend that may reveal previously unknown secrets of climate change.

On Saturday, a Falcon 9 rocket will launch an ocean-monitoring satellite, called the Sentinel-6 Michael Freilich satellite, for NASA and European Space Agency. Named after NASA’s former director of the Earth Science Division, Michael Freilich, the spacecraft has been referred to as the “golden house” satellite due to its odd shape that resembles, well, a golden house.

Liftoff is set for 12:17 p.m. EST from Vandenberg Air Force Base in California, an unusual launch site for SpaceX. A statement released by Vandenberg warned that nearby residents may hear multiple sonic booms when the Falcon 9 booster returns to Earth after first-stage separation.

Live coverage of the mission will start about 30 minutes before liftoff on ESA Web TV as well as NASA TV.

See Also: The Best Moments of SpaceX and NASA’s First Crewed Flight to ISS in Photos

Once reaching Earth’s orbit, the “golden house” will begin a five-year journey to collect the most accurate data to date about sea level changes, which will help us understand the impact of climate change. The Sentinel-6 satellite can measure 90 percent of Earth’s oceans within the margin of error of just a few centimeters. The spacecraft will also collect data on atmospheric temperature and humidity that will help improve weather forecasts and climate models, according to NASA.

At the end of Sentinel-6’s five-year journey, a twin satellite named Sentinel-6B will be launched in 2025 to continue the project.

“What we tend to forget is that nearly 80 percent of the world’s population lives near oceans and 90 percent of all commerce internationally comes from the seas. So the oceans are part of every one of our lives and this focus on them is very appropriate. It’s the last great frontier,” Thomas Zurbuchan, an administrator of NASA’s Science Mission Directorate, said at a press conference ahead of the launch.

The “golden house” mission was originally scheduled for November 10 but was postponed after a rocket gas generator issue was found in the same Falcon 9 rocket that forced SpaceX to abort a GPS satellite mission for the U.S. Air Force last month. 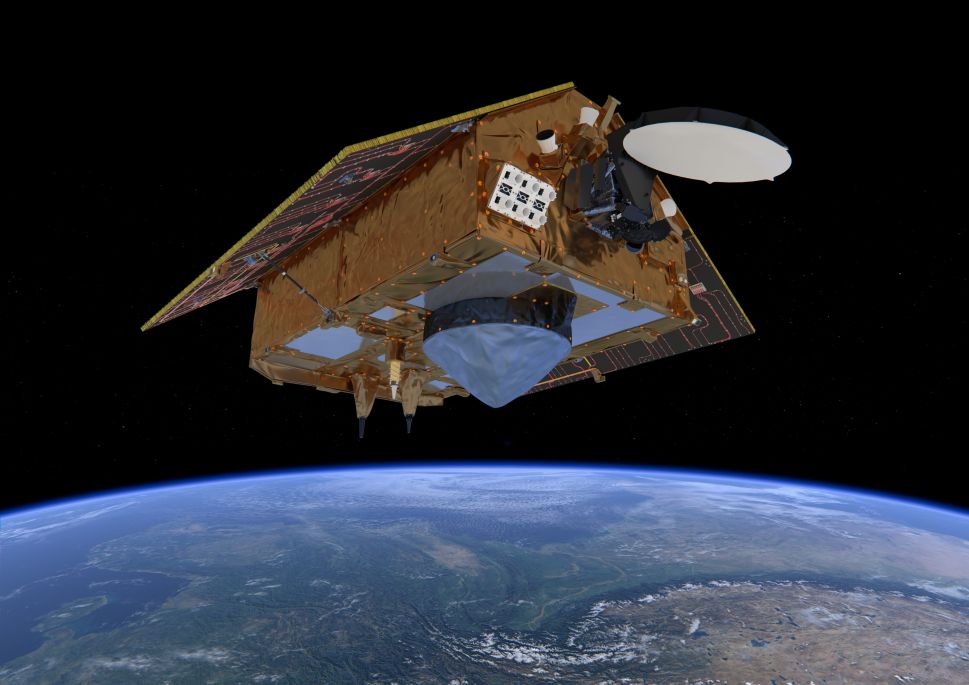