SpaceX and NASA made history on Sunday night when a spacecraft called “Resilience” lifted off from Kennedy Space Center in Florida and flew four astronauts onboard toward the International Space Station.

Dubbed Crew-1, the mission marked the first time NASA sent a full crew to the space station using a rocket-capsule system made by an American private company. In May, the agency sent up the astronauts Robert Behnken and Douglas Hurley on the final test of SpaceX’s Crew Dragon system.

The four astronauts on Sunday’s flight are NASA commander Mike Hopkins, pilot Victor Glover, mission specialist Shannon Walker and Japanese astronaut Soichi Noguchi. They will stay on the ISS for a six-month expedition and join three other astronauts currently working on the ISS.

A SpaceX Falcon 9 rocket carrying the Resilience capsule blasted off at 7:27 p.m. Eastern Time on Sunday. After two successful stage separations, the space capsule reached orbit an hour later. According to the plan, the astronauts are expected to dock at the ISS at 11 p.m. Eastern time Monday night. You can follow the journey on NASA TV.

Here are the most memorable moments of the historic mission so far.

NASA Administrator Jim Bridenstine tweeted a selfie with Crew-1 members and SpaceX president Gwynne Shotwell during a pre-launch conference. (Elon Musk wasn’t there because he most likely had COVID-19.)

The four astronauts waved goodbye to family members and visitors from two Tesla Model X cars on their way from the Kennedy Space Center’s crew quarters to launch complex 39A.

Resilience lifted off atop a Falcon 9 rocket at 7:27 p.m. on Sunday.

Hopkins, the mission’s commander, reported that the crew members were in good spirits and all smiles on the way up.

Resilience reached Earth’s orbit at around 8:30 p.m. SpaceX tweeted a video showing a view of our blue planet from above.

The astronauts entered microgravity after reaching Earth’s orbit, and there emerged a fifth crew member: Baby Yoda from Star Wars. 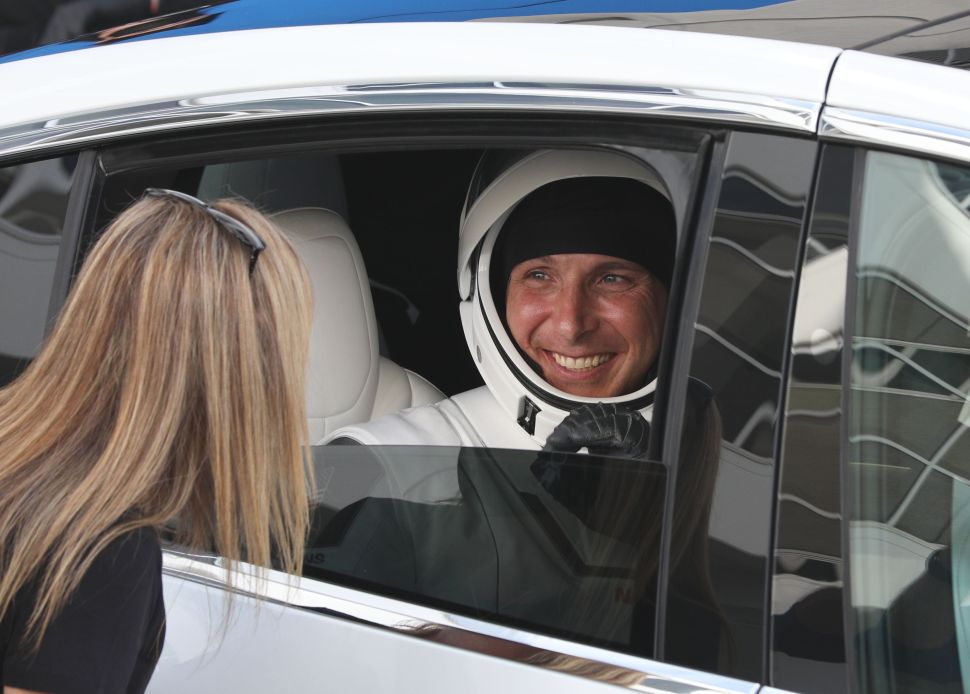