Last week, we explored the potential impact of Warner Bros. possibly moving Wonder Woman 1984 to HBO Max shortly after its theatrical Christmas release. One of the major considerations was how rerouting a big screen blockbuster franchise film to streaming might change the audience’s perception of the brand. Would such a move result in a shift of perceived value in the eyes of consumers?

The same question applies to Star Wars at the moment. Despite occasional forays onto the small screen, Star Wars has always been a big screen brand first and foremost. Yet Disney+’s The Mandalorian has indisputably helped to repair some of the damage the franchise suffered as a result of the divisive sequel trilogy (which still earned an envy-inducing amount of money). Next year, Mandalorian will be joined by confirmed upcoming TV series featuring Ewan McGregor’s Obi-Wan Kenobi, Diego Luna’s Cassian Andor, and the animated Bad Batch. There are also a handful of rumored series, such as one for Rosario Dawson’s Ahsoka Tano, that are unconfirmed but possible additions to Disney+’s growing library.

At the same time, the coronavirus pandemic has delayed Taika Waititi’s theatrical Star Wars feature until 2023, cementing the small screen as the go-to home for a galaxy far, far away for the immediate future. The unknown is if audiences will become so accustomed to immediate access blockbuster Star Wars TV series that the allure of a theatrical release begins to dull.

“Everything in entertainment is built on momentum,” Paul Dergarabedian, Comscore’s Senior Media Analyst, told Observer. “It’s like a race—every time you bog things down, you have to restart again. Never bet against Star Wars or Disney; do that at your own peril. While there have been a couple missteps, don’t bet against them to parlay this small screen blitz over the next couple years into big demand for Taika Waititi’s movie in 2023.”

Star Wars is a legendary brand unto itself in which the normal rules don’t always apply. But it’s difficult to ignore the diminishing box office sales for the sequel trilogy and Solo‘s under-performance when looking ahead.

One one hand, the small screen shows can serve almost as a warm up to the next big screen installment of the franchise while keeping the brand at the top of audience’s minds. If all goes well, there’s no better excitement building programming than multiple hit series, Dergarabedian argues. Clearly, there’s something to this interconnected continuity that spans mediums, as we’re seeing with Marvel (which has published Star Wars comics for years, in addition to those starring its own superheroes). Each adventure serves as glossy marketing for the next.

The risk, however, is that the small screen content becomes the main attraction while setting Disney up to dilute the brand with too much content. Former CEO Bob Iger admitted that Lucasfilm pumped too many films into the marketplace in too short a span. Four TV series from 2019-2021, with the possibility for more, is a similar trajectory. And if one of the highly anticipated live-action series fails to live up to the hype, that can taint the collective excitement for Star Wars overall. To cite Marvel in another example, interest in its Netflix shows cooled dramatically as the seasons, and missteps like Iron Fist, added up.

“You have to be very careful because you want people to go back to the big screen when those franchise iterations are available again,” Dergarabedian cautions.

The key here is how the brand stands out in the minds of audiences. While TV may still unfairly be considered lesser than cinema by some consumers, despite boasting a far deeper and more versatile bench of quality content, it doesn’t take away from positive sentiment if the final products are good.

“Do successful streaming series change the perception of what Star Wars is? Sure, but ‘change’ can simply mean ‘expand’ and this brand has proven for decades that it has sustainable viability beyond the core films thanks to a wealth of video games, novels, comics, merchandise, and now television series attracting fans eager to delve into more corners of the mythology,” Shawn Robbins, Chief Analyst at Box Office Pro, told Observer.

Empowering attractive talent, such as Waititi, will be paramount for future big screen adventures. But collectively, Robbins argues that success begets success and hit TV shows won’t compromise the box office potential of future films. Instead, the wealth of upcoming Disney+ content, hits and misses alike, will help Lucasfilm better map out an overarching future for the IP.

“There will be occasional experimentation that some fans like more than others,” he said. “Sometimes it’ll work, sometimes it won’t. That’s always been true for the franchise, and it needs to happen in order to deliver fresh experiences, but there will also be the more familiar concepts and tropes of storytelling that transcend time and always seem to act like a warm blanket for audiences eager to go on the kind of journey only Star Wars can offer.”

Strangely enough, Hamilton may be a point of comparison for the commercial viability of the franchise moving forward. Disney executives were thrilled with the new demographics the Broadway sensation brought to Disney+ outside of the company’s core kid-friendly target. Jeff Bock, Senior Box Office Analyst at Exhibitor Relations, sees the expansion of the Star Wars brand as an opportunity to entertain a wider range of fans.

“Star Wars has always been a serial brand, which is why The Mandalorian series flows so well into that medium,” he told Observer. “Future series will likely intersect in the same way Marvel films do now, creating a vast tapestry of mythology, one that will likely return Star Wars to the forefront of fandom once again. There will be something for everyone, which is why Disney dropped $4 billion to purchase the Star Wars Universe in the first place.”

Instead of devaluing the brand, Bock sees Disney+’s burgeoning Star Wars empire as a unifying element following the polarizing Disney-era films. Even more importantly, multiple intersecting series provides Lucasfilm with an opportunity to build towards an Avengers-style blockbuster event.

“Right now, Mandalorian is the most popular fandom entertainment out there,” he said. “That says something about the brand, and as long as the creators stay on this path, Star Wars will likely be as popular as Marvel in the very near future. And don’t count out a crossover—that’s a team-up that would implode social media.”

While there are risks with reorienting Star Wars as a TV brand for the foreseeable future and delivering too much content at once, the upside appears to outweigh it. If each of the upcoming shows fall within the vicinity of Mandalorian‘s popularity, Disney will have relaunched audience demand for Star Wars in a major way. The potential for these intersecting series to culminate in a blockbuster crossover is the ultimate result. 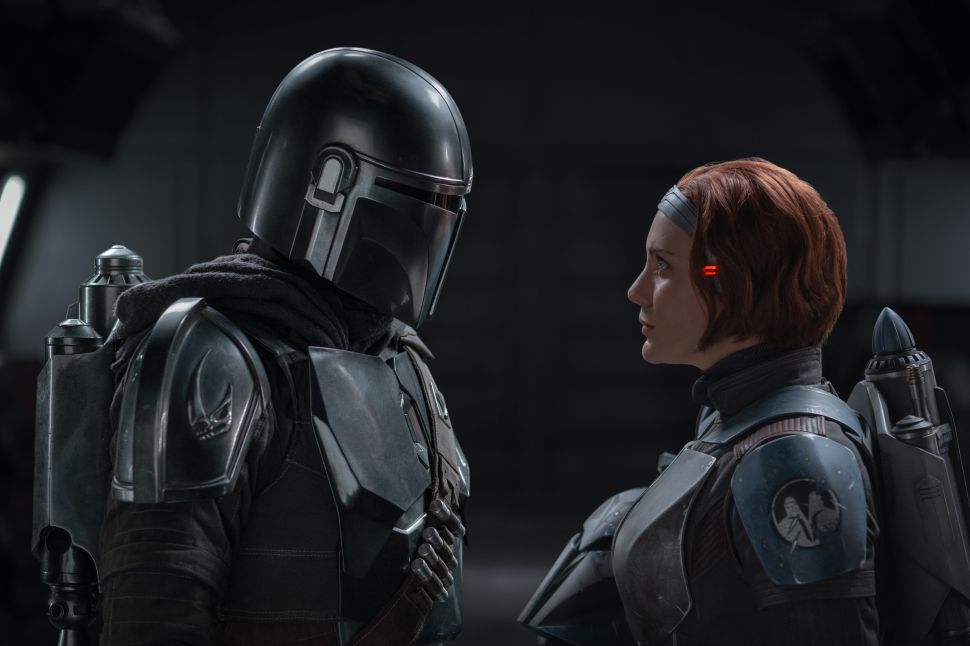