In a September interview with GQ, actor John Boyega pulled no punches when describing his time in Disney’s galaxy far, far away. The Star Wars star criticized the franchise’s handling of non-white characters, saying they had been “pushed to the side” in 2017’s The Last Jedi and 2019’s Rise of Skywalker. Going even further, he said “all the nuance” was reserved for characters played by Daisy Ridley (Rey) and Adam Driver (Kylo Ren), while development for characters played by Boyega, Oscar Isaac, Kelly Marie Tran and Naomi Ackie stalled out.

Now, the 28-year-old Hollywood star has revealed on the BBC that his comments prompted a “transparent, honest” phone conversation with Lucasfilm president and Star Wars producer Kathleen Kennedy.

“So I got on a phone call with Kathleen Kennedy [Lucasfilm President] and she verbally showed support and we got to have a really nice, transparent, honest conversation that is beneficial to both of us,” he said.

He added: “I think these kinds of conversations, you can go into the realm of sounding like you’re just trying to save your own career, but what is great now is that it is a conversation that anyone has access to. Now people can express themselves about this knowing that any character we love, especially in these big franchises like the Marvels and Star Wars, we love them because of the moments that they are given, we love them because of those moments, and they’re heroic moments that these producers all decide for these characters so we need to see that in our characters that are maybe black and from other cultures.”

Diversity and representation in Hollywood has been a point of contention for creators of color for years due to the film industry’s male and white leaning focus. But the conversation grew even louder with 2017’s Black Panther, the most successful blockbuster featuring non-white leads in Hollywood history (it is currently the fourth highest-grossing film in U.S. history with just north of $700 million). In the Star Wars films that followed 2015’s The Force Awakens, many argued that Boyega’s Finn was pushed from co-lead to smaller supporting character.

Boyega has been unafraid to speak out against the industry bias and inequality he has witnessed in his young career. At the same time, the rising actor has become a vocal proponent of the Black Lives Matter movement with several highly publicized speeches this year. Kennedy described him as a “hero” in June for leading a march in London after George Floyd’s death.

Boyega’s latest role is the lead in Red, White and Blue, part of the Small Axe film anthology directed by Steve McQueen. 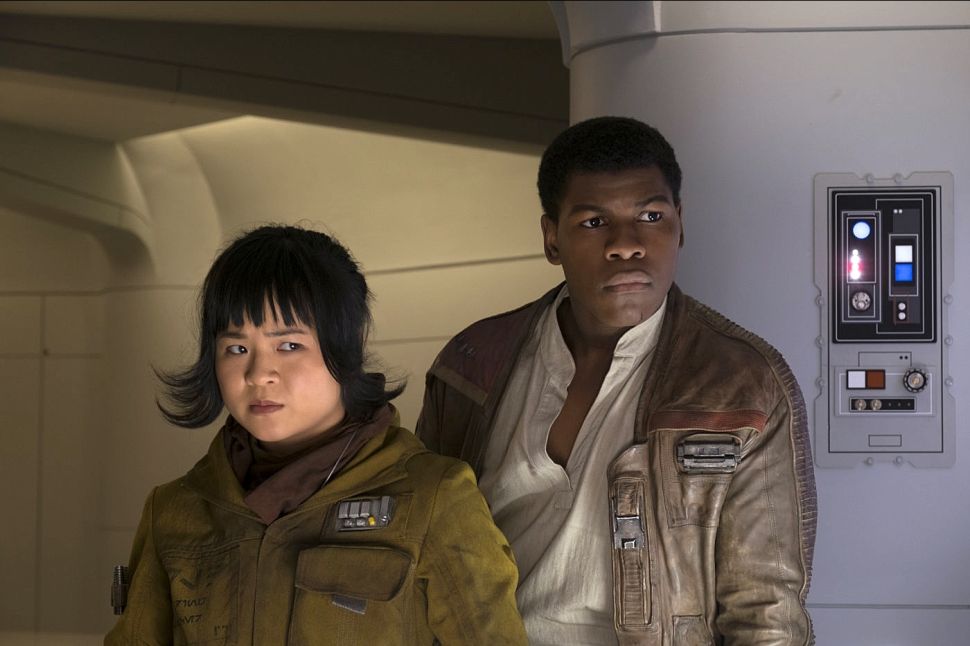