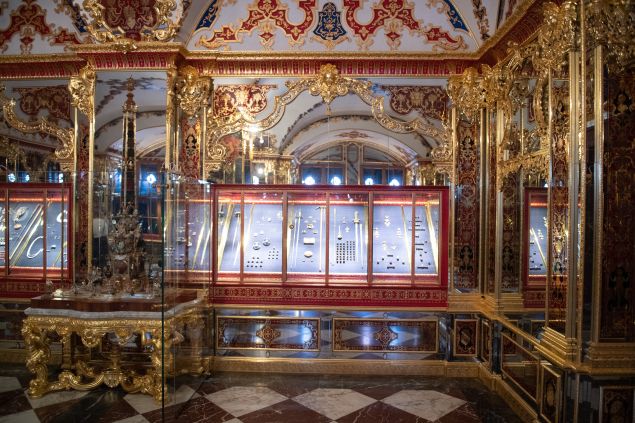 The Jewel Room in the Historic Green Vault in the Dresden Palace. Sebastian Kahnert/picture alliance via Getty Images

In November of 2019, a story hit the news that sounded like something out of the Ocean’s Eleven franchise. On an early Monday morning in Dresden, Germany, mysterious thieves had managed to break into the “Green Vault” of the Royal Palace of Dresden after setting an electrical fire that triggered a power cut to the facility. Before authorities were able to intervene, the thieves escaped and made off with an incredible volume of treasures worth up to 1 billion euros: three sets of 18th-century jewelry, including the legendary 49-carat Dresden white diamond and a sword whose hilt is encrusted with 779 diamonds in total. According to new reports, however, three people suspected of participating in the crime have been detained in Germany.

As of Tuesday, authorities in Berlin raided several apartments in order to apprehend the as-yet unnamed alleged culprits. Berlin police also confirmed that they had searched a total of 18 apartments, vehicles and other spaces for the jewelry, as well as for additional evidence taking the form of tools and digital data. The three potential suspects, all Germans, were arrested on suspicion of both theft and arson. Fervent German national interest in the case has to do with the fact that this robbery has been described in the German press as the biggest theft the country has suffered since World War II, and perhaps the most significant art theft in modern history.

That’s because the robbed jewels, which still have yet to be recovered, are near-priceless 18th century marvels that were produced because of a rivalry between Augustus the Strong of Saxony Germany and France’s King Louis XIV: each opulent ruler wanted to prove that their country’s jewels were more fabulous than their counterpart’s. “The thieves stole cultural treasures of immeasurable worth,” Saxony interior minister Roland Wöller said back in 2019. “That is, not only the material worth but also the intangible worth to the state of Saxony, which is impossible to estimate.” 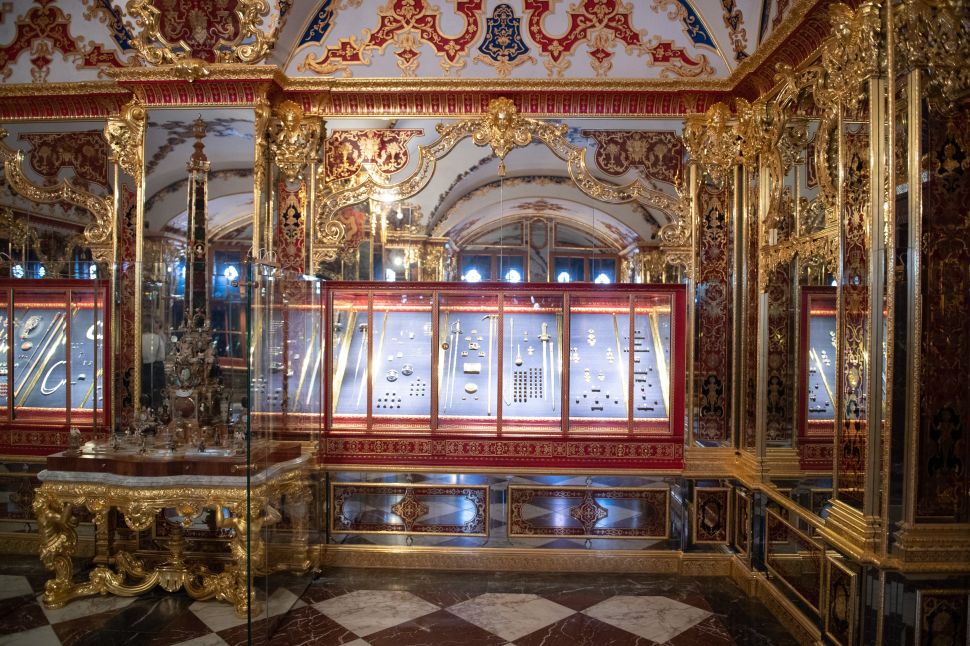