As of this writing, Christopher Nolan’s $200 million-budgeted original blockbuster Tenet has earned just $55 million domestically and just north of $350 million worldwide. Under normal circumstances, a big budget sci-fi adventure from Nolan with a splashy cast would be a guaranteed hit. But in a world operating under the coronavirus guillotine, the film is reportedly on pace to lose Warner Bros. between $50 million and $100 million.

What was once the hopeful savior of theatrical cinema is now a costly victim of COVID-19-related circumstance. But there is hope that Tenet could recoup some of WB’s losses by becoming a massive hit when it arrives on 4K, Blu Ray, DVD and Digital on December 15. The very same factors that hurt Tenet‘s theatrical prospects—exhibition closures, public health concerns, a rise in at-home viewing, etc.—may very well turn it into a unique second-chance blockbuster.

“Look at what Amazon is doing by spending $80 million on Borat 2 and $125 million on Eddie Murphy’s Coming 2 America. They aren’t spending money just because they have money to burn. They’re spending money because there’s such pent-up demand to see new movies,” David Offenberg, Associate Professor of Entertainment Finance in LMU’s College of Business Administration, told Observer. “People want to see something new and big and conversational, and Tenet is still very much all of those things.”

“The awareness level of Tenet was off the charts as perhaps the most talked-about movie that maybe more than half of the people that wanted to see it couldn’t or wouldn’t due to COVID,” he told Observer. “The VOD release will tell us a significant story about how the pandemic not only affected movie theater releases but also how it impacts interest and enthusiasm for a film after the fact. I expect a huge amount of curiosity.”

Tenet opened in just 2,810 theaters domestically over Labor Day Weekend. For perspective, Nolan’s 2017 feature Dunkirk opened in 3,720 theaters. Tenet also had the misfortune of opening with movie theaters in New York City, Los Angeles and San Francisco still closed. L.A. and NYC can account for between 10% and 20% of a film’s entire domestic gross alone. Based on the average U.S. movie ticket price ($9.11), Tenet has sold just north of 6 million tickets domestically, well below Dunkirk (20.6 million) and Interstellar (20.6 million). All of this is a long-winded way of saying that a lot of people still have yet to see the film. Perhaps we should be treating it as a high-profile at-home new release.

“The delays have served as unintentional P&A here,” Offenberg said. “Movie fan or not, you probably know the saga Tenet has endured. It’s one of the only movies we’ve been talking about for months now and that has created awareness in the mind of consumers.”

According to The Numbers, the total domestic video sales for Nolan’s last five films break down as follows:

Some of these totals came in the heyday of DVDs, and there’s pretty clearly not going to be DVD volume like what we saw with The Dark Knight. Electronic sell through and rental will generate most of the revenue for Tenet. Offenberg expects Warner Bros. to recoup 80% of the film’s digital rental and purchase revenue similar to the split Universal received for Trolls World Tour earlier this year.

As for specific dollar amount, Dergarabedian wouldn’t be at all surprised to see the film cross the nine-figure mark. “Tenet receives a boost from pent-up demand with $100 million-plus within range,” he said. “Just like holiday moviegoing tends to be strong every year, I expect a big holiday season on home video for Tenet.” 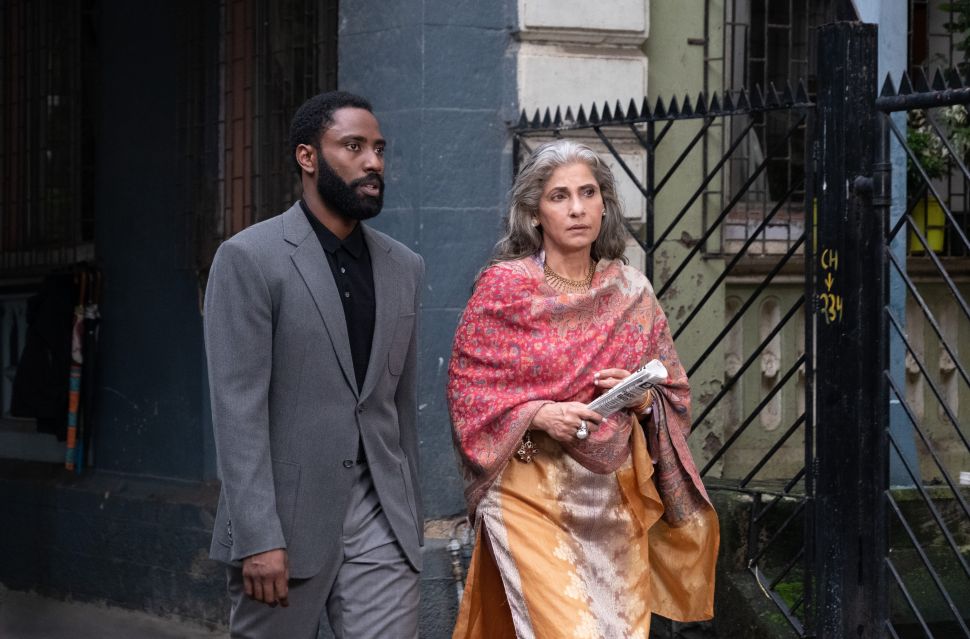