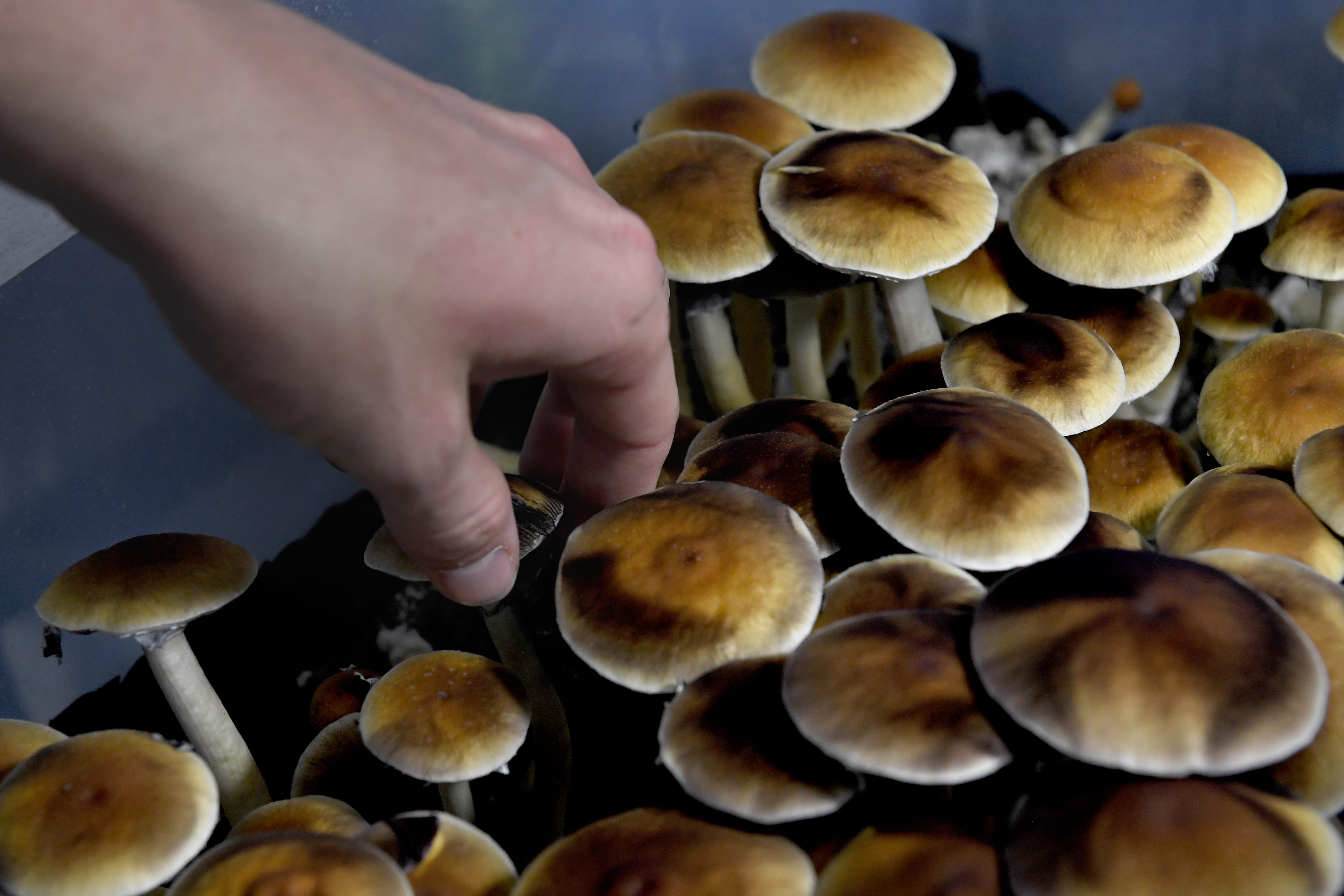 In the late 1980s, Jochum Gartz, a chemist at the Institute for Biotechnology in Leipzig, Germany, noticed something intriguing about magic mushrooms.

There are more than 200 species of fungus that produce psilocybin, which was then and now thought to be the “active ingredient” in psychedelic mushrooms. Those different mushrooms, found all over the world and grown in different conditions, were not at all the same. And what they did to the humans who ate them, Gartz observed, was definitely not the same.

Gartz noted 24 cases of “accidental” hallucinogenic mushroom ingestion. In every case, the users all reported intense euphoria—all positive vibes, with no anxiety, dystopia, or unease. No bad trip.

All 24 of the “good trippers” had eaten a species of mushroom called Inocybe aeruginascens. That species has relatively high levels of a compound called aeruginascin, one of several chemical compounds identified in psilocybin-producing mushrooms.

It was the aeruginascin, Gartz later wrote, that “seems to modify the pharmacological action of psilocybin to always give a euphoric mood during ingestion of the mushrooms.”

If you wanted a very good and happy mushroom trip, find some aeruginascin. But what should you try if you’re trying to use mushrooms in therapy? What should you take for PTSD or end-of-life trauma? What do you take if you want a religious experience? More to the point, can you actually figure out a way to precisely dose yourself to carefully select exactly the kind of mushroom experience you want?

Gartz’s research has significant implications today. Increased public awareness of psilocybin’s potential for therapy has helped encourage public acceptance of psilocybin’s use. Though in the United States, only Oregon has changed laws to allow adults to use psychedelic mushrooms—and not for another two years—there are a growing number of psychedelic research firms pursuing more exact knowledge.

Ivan Casselman is an ethnobotanist and chemist with a Ph.D. in plant science, Casselman is the “chief psychedelic officer” for Havn Life Sciences, one of a flurry of “psychedelic startups” researching psilocybin mushrooms in Canada. Just last week, mushrooms were green-lit for therapeutic purposes in Canada, opening a new market and suggesting that more of the United States will, eventually, at least decriminalize them.

Casselman is familiar with stories similar to what Gartz heard, and he’s heard plenty of others, all relating vastly different experiences gleaned from psilocybin mushrooms. Intense visuals, or none at all. Deeply cerebral experiences, or clear-headed and focused. Physical sensations.

“The evidence right now, that one mushroom can produce a different experience than another, is very anecdotal, but I do believe those stories,” Casselman said recently. 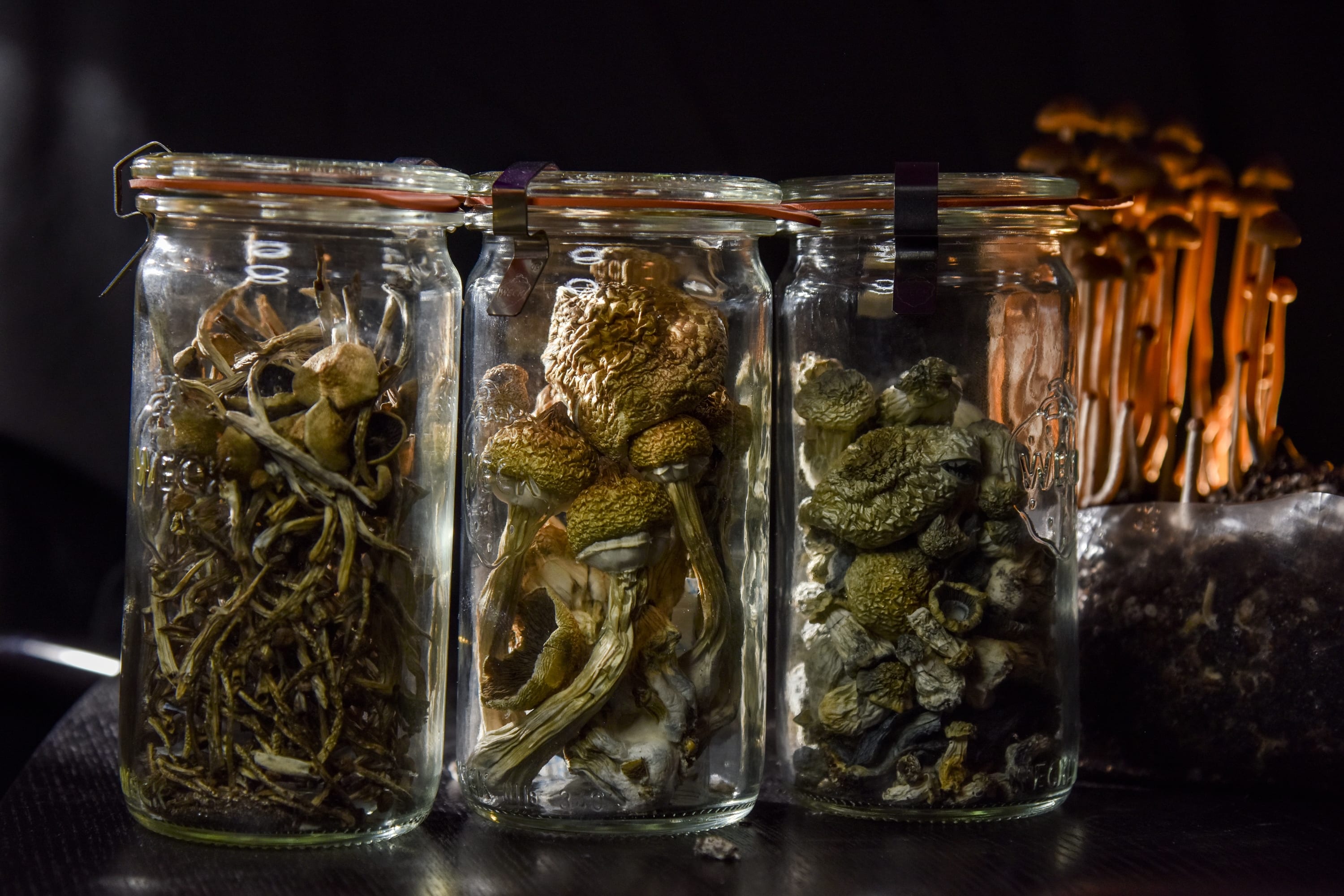 WASHINGTON, DC – FEBRUARY 5:
A DC resident has an operation growing psilocybin mushrooms, including these Galindoi variation of Psilocybe mexicana mushrooms, two middle, and Psilocybe cubensis mushrooms, left and right, in Washington, DC, on Monday, February 5, 2020. With the legalization of marijuana, advocates are now pushing for other legalizations, like psilocybin mushrooms. Jahi Chikwendiu/The Washington Post via Getty Images

The problem for any researcher is that, like with other drugs declared illegal and dangerous by policymakers and law enforcement despite their value and potential in therapy and mental health treatment, there is very little data.

With psychedelic mushrooms’ component parts, there may be even less. Psilocybin, which the human body converts into an alkaloid called psilocin, which in turn reacts to serotonin receptors in the brain, was recently given special “breakthrough drug” status by the US Food and Drug Administration.

But nearly all the modern-research in the U.S. with psilocybin is researching just that compound, either as an extract or synthetically produced. What researchers are not pursuing is what happens when psilocybin is given to a human in concert with aeruginascin, or with norpsilocin, baeocystin, or norbaeocystin, some of the other compounds discovered in “psilocybin mushrooms.”

“I would say psilocybin is the main psychoactive compound in psychedelic mushrooms, but by no means is it the only active compound,” Casselman said.

He and his colleagues at Havn are cultivating several dozen species of fungus spores at an undisclosed company location in British Columbia. National law means they can’t yet cultivate them all for research. The same restrictions prevent them from isolating compounds and trying out different “mushroom cocktails” to human trial participants, even if they could.

“How much do we know?” Very little, at this point,” he added.

But there does appear to be familiar potential. The easy analog to draw is with cannabis. The plant produces more than 100 cannabinoids and several dozen terpenes. Various strains that smell or taste different have different effects on the end-user. The shorthand for this accepted phenomenon, of each of these component parts adding up to a different experience, is the phrase “the entourage effect.”

The belief, then, is that there’s almost certainly an entourage effect with mushrooms. Though it seems that the differences in user experience with mushrooms are very subtle—especially once a “threshold dose” of psilocybin/psilocin is ingested—Havn will work to discover which mushrooms produce which components at which levels, and how these parts could be extracted and assembled into finely-tuned wellness products as well as mushrooms for therapy. The  Canadian authorities can be secured.

The entourage effect “is now a predominant user discussion” in cannabis, and “one of the main selling features of cannabis,” he said. “The research in psilocybin will get there eventually. We’re just scratching the surface of this fungus.” 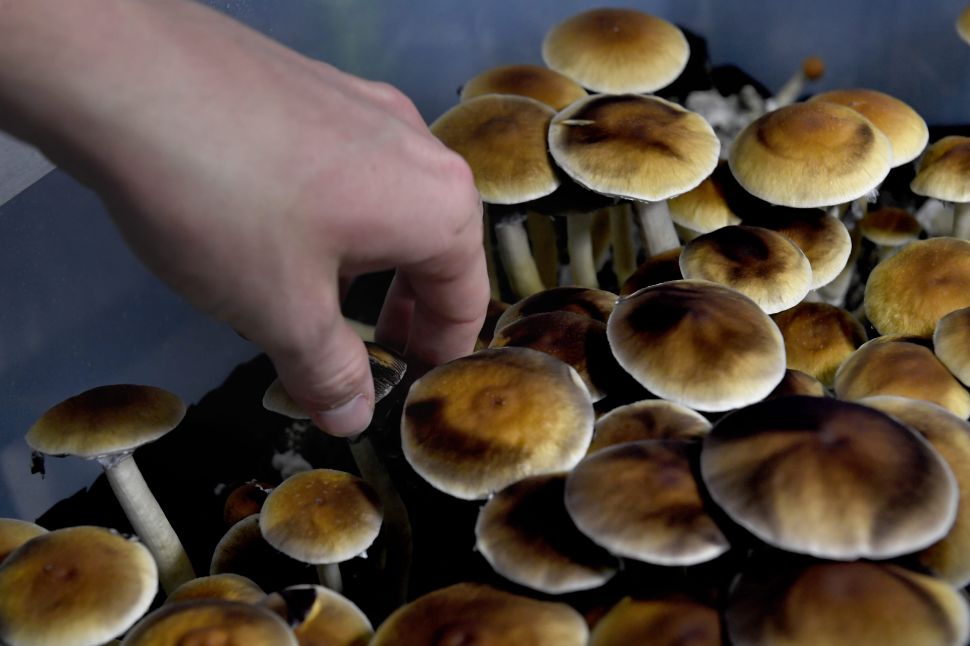