The Mandalorian’s eleventh episode, “The Heiress” has delivered on the season-long promise of more Mandalorians, and seems to be going even further into putting the lore into Mandalore. The episode also featured a surprising amount of zealotry, on both sides of the protag-antag fence.

For starters, our hero Din Djarin (whom I’ve been calling Mando, but that may get a bit confusing for episodes where he’s not the only Mandalorian) starts the episode finally meeting some other members of his people, and they immediately get off to a rocky start when all three remove their helmets. In previous episodes we were shown that no Mandalorian wants to expose their face to the world, and back in “The Marshal,” Din got hostile right away as soon as Cobb Vance took off his Boba Fett helmet. The same holds true here, with Din assuming that the armor is stolen, because these clearly aren’t his people after all. But, we find out not only are they true Mandalorians, but their leader, Bo-Katan Kryze (Katee Sackhoff), is not only from Mandalore but a veteran of the Purge that scattered their people in the first place.

For anyone who didn’t do the required reading before the season began by watching all of Star Wars: The Clone Wars and Star Wars Rebels (which is fair; there’s been a lot going on this year), Bo-Katan is a pretty big deal. She’s the former (current?) leader of the Nite Owls, a subsect of Death Watch, a terrorist group that wanted to return Mandalore to its martial roots and overthrew their peaceful government with the help of Darth Maul. After a long and circuitous game of everyone betrays everyone, she wound up as the Mand’alor, leader of the Mandalorians and a rallying symbol for those of the race who refused to bend to the Empire’s rule. The Darksaber that Moff Gideon (Giancarlo Esposito) used to cut his way out of a crashed TIE fighter at the end of the first season is the ancient black-bladed lightsaber used by the first Mandalorian Jedi, and whoever holds it has usually been the one to rule Mandalore. That seems like it will probably be a big deal, if you will allow me a hunch. Bo-Katan and her group in “The Heiress” seem very driven to reacquire it, just as Gideon seems willing to do anything to keep it out of her reach.

But back on the topic of zealotry. It’s very interesting that Bo-Katan and her group dismiss Din as a member of the Children of the Watch, a “cult of religious zealots who broke away from Mandalorian society […] to reestablish the ancient Way,” given that the “Watch” in that name is almost certainly Death Watch. Granted it’s been some years in the chronology since Rebels, and losing your homeworld because of a civil war you helped spark may have evened her temper out some, but it seems a mite hypocritical. Ultimately though, they are able to set aside their differences and come together to perform that most noble of Star Wars traditions, schooling a bunch of stormtroopers on how best to engage in a firefight. (Aiming helps!)

Meanwhile, on the other side of the scuffle, we have Moff Gideon and the Imperials. The captain of the ship that the Mandalorians are attempting to heist chooses to suicide crash it into the ocean below, rather than allow it to fall into enemy hands. Gideon does not order the suicide play, instead merely calmly stating that the captain will “know what needs to be done.” The captain doesn’t even hesitate in return, nods, gives a “Long live the Empire,” and shoots both co-pilots before they can stop him.

We’re left to wonder: Why was Gideon so adamant that this be done? Whether this was out of fear of the Mandalorians getting the ship or that they would learn his whereabouts to continue hunting the Darksaber remains to be seen, but it does seem as though this season is shaping up to include a battle of ideology. “It is the only Way,” Din says with finality during his first argument with Bo-Katan and her crew, and I would hazard a guess that Gideon would understand that kind of adherence to dogma. But, though there’s common ground here for the two, The Way and The Empire seem destined to clash once more. 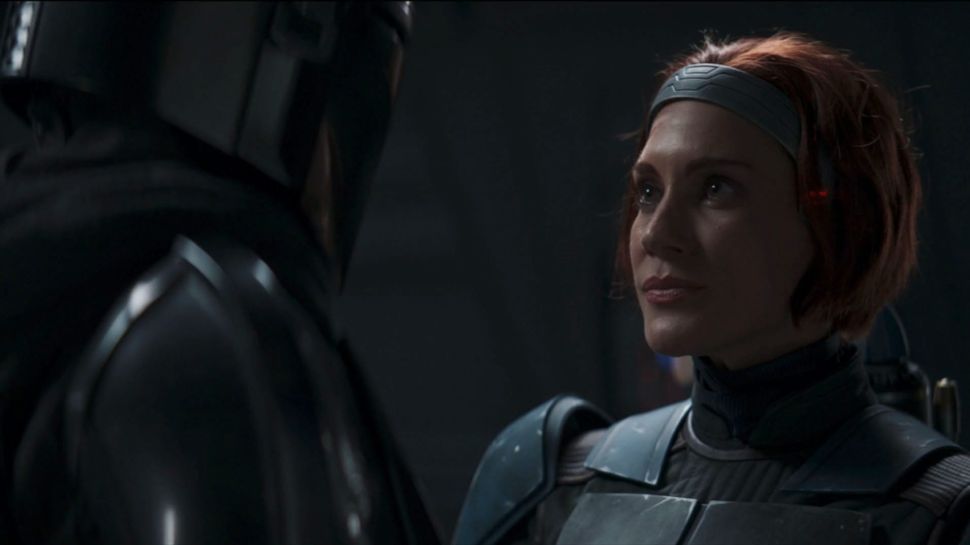