The return of The Mandalorian for Season 2, with a premiere episode titled “The Marshal,” offers a good opportunity to revisit the overall offerings of the Disney Star Wars offerings so far. Season 1 of The Mandalorian was widely praised, from the quality of the characters (not just The Child, that adorable little Muppet), to the overall plotting and direction the series went in. If George Lucas’s original Star Wars film series was an epic tale of war and one family’s place in it, Mando is tighter and leaner—less the story of a galaxy at war and more of a lone wolf and cub just trying to get by.

And then, you have the sequel trilogy of films: The Force Awakens, The Last Jedi and The Rise of Skywalker. To be charitable, these were… less widely praised. Many fans hated TFA before it was even released. Ridiculous conspiracy theories abounded that any positive reviews for TLJ had to be bought. And the reception to TRoS mostly amounted to, “Thank God that’s over,” rather than the triumphant, satisfying finale that had been promised. The reaction was so bad that in June, unfounded rumors caught fire that Disney was going to retcon the whole thing as an alternate universe and move on.

So why the different reaction? Why is The Mandalorian praised so highly while the sequel trilogy likely starts an argument any time it is mentioned? I won’t go into any discussion of whether one has better characters than the other, because that’s a personal preference and also I’m tired (it’s been a long week, and a long year). But I do think the answers to these questions lie in the core storytelling differences between the two properties within the universe.

To get the obvious out of the way, Mando takes more time to let each character grow on screen. The show benefits from having a minimalist cast, and its tight focus on the titular character means he’s there to react (or not react, as he’s quite stoic under that helmet) to everything that happens in the show.

Meanwhile, each of the sequel trilogy films has an A story, a B story, each with multiple characters and focuses moving independently of each other. One minute you’re watching Rey have a Force chat with Kylo Ren, and the next you’re in the middle of a prison break with Finn and Rose, and the next you’re on the bridge with Poe and Holdo arguing about their plan to get out of the slowest car chase in cinema history. In a three-hour film, you only have so much time to devote to each story. The Mandalorian, conversely, had eight hours over the course of the first season, and the only story for an hour, in practically each episode was “How will Mando and The Child get out of this one?” The answer usually involves high explosives, as it did in “The Marshal” last week. You can pin an entire episode on a hunt for a giant sand worm that has little to do with the story of the season, and it’s fine because you get to see Raylan Given, in space! I didn’t even notice until I watched the episode a second time that Mando goes to Tatooine to find another Mandalorian, instead meets up with Timothy Olyphant’s Cobb Vanth, and then spends the rest of its 55-minute runtime hunting the Krayt Dragon to reclaim the armor that the Marshal “bought off some Jawas.”

There are other extenuating circumstances to consider as well. The later films of the sequel trilogy were made in reaction to themselves, after all. Because the reaction of certain sections of the fanbase to TLJ was so vitriolic, time in TRoS had to be devoted to “all those things you disliked in the last movie actually didn’t matter.” In trying to rebuild the sand castle as it was falling over, Disney largely only got sand everywhere, and it was coarse and irritating.

The Mandalorian, obviously, is made a season at a time. If fans had hated Baby Yoda, he was always going to be the secondary protagonist. Episode 3 was never going to end with Mando deciding, “Nah, they can experiment on this kid,” and abandoning him after a hashtag went sour on Twitter. Clearly writing a story in advance and sticking with it works better than writing some of a story, giving it to someone else and then taking it back when you (or legions of people on social media) don’t like what they added to your narrative. That’s why ending the episodes of a television show with a mysterious figure lurking on a cliff works better than ending an Episode of a Star Wars film with a random child exhibiting Force powers. One will probably wind up mattering more in the long run than the other.

The Mandalorian is available on Disney+, with new episodes from Season 2 being released on Fridays. 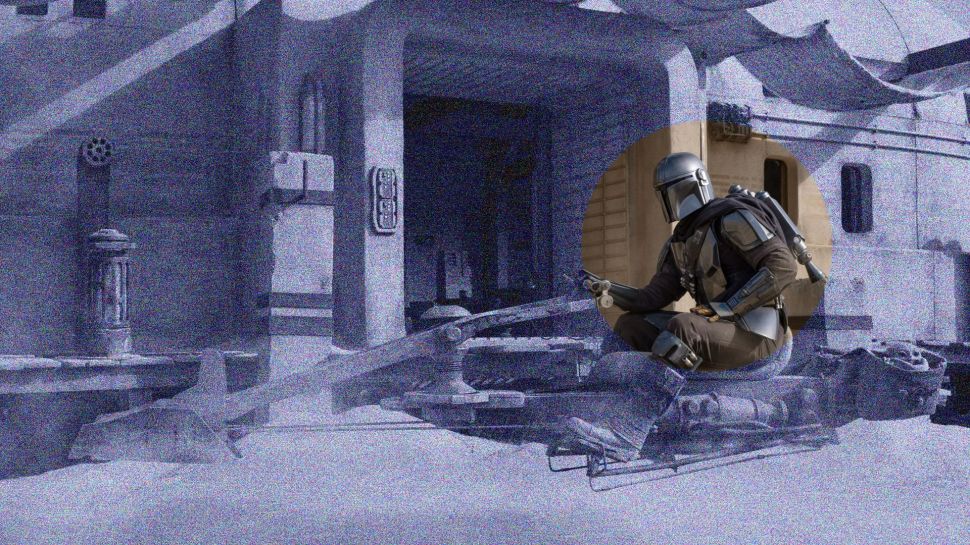 Filed Under: TV, Entertainment, Pedro Pascal, Disney Plus, The Rise of Skywalker, Timothy Olyphant, the last Jedi, the force awakens