The 71st annual National Book Awards ceremony is, like most events of 2020 and the foreseeable future, virtual. Also, the previously exclusive, black tie and gown event is now accessible online to all with a suggested donation of $50 per person. No need to brave the trip to midtown in heels; you can attend on November 18 from the comfort of your coziest reading chair with a stack of books at your slippered feet. Acclaimed, bestselling author Jason Reynolds—a two-time National Book Award Finalist and current National Ambassador for Young People’s Literature—will host the event.

The National Book Award foundation’s stature and profile has grown over the last four years under its dynamic executive director Lisa Lucas. This coming January, Lucas will take her passion for books into publishing when she leaves the National Book Foundation to become senior VP and publisher of Pantheon and Schocken Books within Penguin Random House. Though her successor has yet to be named, rest assured the foundation’s legacy as the champion of American letters will carry on.

This shift comes after a year of great tumult. Despite the closure of physical bookstores, readers sought out independent online booksellers, avoiding Amazon’s shipping delays to support their local booksellers. Readers also embraced new means of literary conversation and engagement through Zoom and Crowdcast readings. This summer’s protests in support of Black Lives Matter prompted considerable sales of antiracist titles and catapulted socially engaged reading to the top of the bestseller lists. Sadly, sales alone don’t change hearts and minds as exposed by the demographics of presidential election exit polling. Evidence such as this makes the work of the National Book Foundation all the more relevant. With another impressive year of finalists, I’m pleased to share five books that should excite and challenge readers.

Who deems what it means to be good? In this stunning collection of nine stories, Deesha Philyaw places this question into the hands astounding women torn between desire and heavily dictated decorum. With instantly vivid characters whose passions run deep, The Secret Lives of Church Ladies explores the powerful role of faith and the church in the lives of Black women over four generations. These stories reveal tales typically left unspoken (“These are the things Eula and I don’t talk about”): casual sex, lesbian desire, grief, infidelity, and gnawing hunger for food and satisfaction. Together, they rest on the table for all to see along with a tenderness that too often is lost in religion’s firm grasp. It’s that tenderness and the ache locked up in it that kept me reading story after story.

During a year in which Black women are heralded as the saviors of democracy and the backbone of our nation, countless readers turned to nonfiction to explore race, intersectional feminism and equality. Even so, these well-meaning readers appear to have taken a wrong turn on the way to the book club—if they even try to read at all. There’s a disconnect between what many white women think they know about Black women’s experience and what they’re willing to truly hear and understand. We need history and nonfiction to help unpack institutional racism and sexism. But, as we have always known, readers also need fiction to breathe life into these facts, placing the weight and joy of their lives onto our own shoulders. Philyaw’s stories are addictive while also laying bare the depth and vulnerability of Black women. I’m eager to read all that she has to offer next.

The Dead Are Arising: The Life of Malcolm by Les Payne and Tamara Payne
Unworthy Republic: The Disposition of Native Americans and the Road to Indian Territory by Claudio Saunt
My Autobiography of Carson McCullers: A Memoir by Jenn Shapland
The Undocumented Americans by Karla Cornejo Villavincencio
How to Make a Slave and Other Essays by Jerald Walker

It’s incredibly hard to select a highlight from this outstanding list of nonfiction finalists. However, it was the distinctively genre-bending play of Jenn Shapland’s My Autobiography of Carson McCullers that prompted me to pick it up—without a moment’s disappointment. At times a memoir, at others a biography, it’s also a fascinating and intimate examination of the work of archives, research and historic preservation as well as the arc of identity and social construction. Moreover, this book is also warm and engaging.

While Carson McCullers is indeed celebrated for her mid-20th century fiction, in the Harry Ransom Center at the University of Texas at Austin, her papers and personal effects are kept, are not as heavily sought as those of David Foster Wallace and Norman Mailer. Who classifies some writers as great writers while others are diminishes through the caveats of being famous as a woman or for their geographic region, race or religion? What histories are suppressed through archives, biographers, critics, family and publishers? Shapland’s awakening as a lesbian unfolds as she explores the truth buried between the lines of McCullers’ therapy transcripts. There begins a journey that creates space for a more expansive understanding of the work of literature and selfhood in this idiosyncratic and entirely winning book.

I’d first learned about Diaz’ work through Ada Limón, whose last collection The Carrying (one of my favorite books of 2018 if not one of my favorites of the decade) includes poems that were written as letters to Diaz. Postcolonial Love Poem deals with Native American identity, visibility, rights, and it also talks about desire, family, language, the environment and the body—considering how all of these things are very much interconnected. Through these wonderful poems, Diaz challenges us to imagine how we could see all of these issues as one singular issue. How can we honor our earth as ourselves, if we cannot first honor our own selves?

The dead are ever present in Adania Shibli’s novel Minor Detail. In this slim novel, a young woman in near-present day Ramallah struggles to piece together the circumstances and unknown facts surrounding the rape and murder of a Palestinian teenager that took place at the hands of Israeli soldiers during the summer of 1949. This tragic event transpired one year after the displacement and exile of 700,000 people, which coincided with Israeli independence. Also, at the same time, Israeli soldiers murdered an encampment of Bedouin in the Negev desert.

Racked with obsession, the young woman maps parallels between the victim’s life and her own life, fixated upon the fact that the victim died 25 years to the day that she herself was born. Indirectly through multiple narrators, Shibli constructs a meditation on brutality, war, memory and the collective suffering of the Palestinian people in this chilling novel in which the legacy of violence remains unresolved.

As of today, to the best of our knowledge, 666 children remain separated from their parents after being detained and isolated at the Southern border of the United States. The ache of separation and the stigma of refugee status is felt as deeply in the United States as it is in other parts of the world. Literature offers young people the means to develop empathy, a keen sense of responsibility, and the language to identify injustice—and speak out against it.

This graphic novel chronicles the lives of two Somali brothers Omar and Hassan who have passed the greater part of their childhood in Dadaab, a refugee camp in Kenya. Together, they have one another, yet without adequate food, access to health care or education, their struggle to survive is clear. When Omar is offered the chance to go to school, he must decide if the benefits outweigh the loss of leaving behind his nonverbal brother. Though this risk could also be their escape, Omar must decide if, after a lifetime of patience, there is any possibility for a better life. With gravity but also grace and humor, as told to Victoria Jamieson by Omar Mohamed, When Stars Are Scattered details the daily life of a refugee trapped by circumstance. 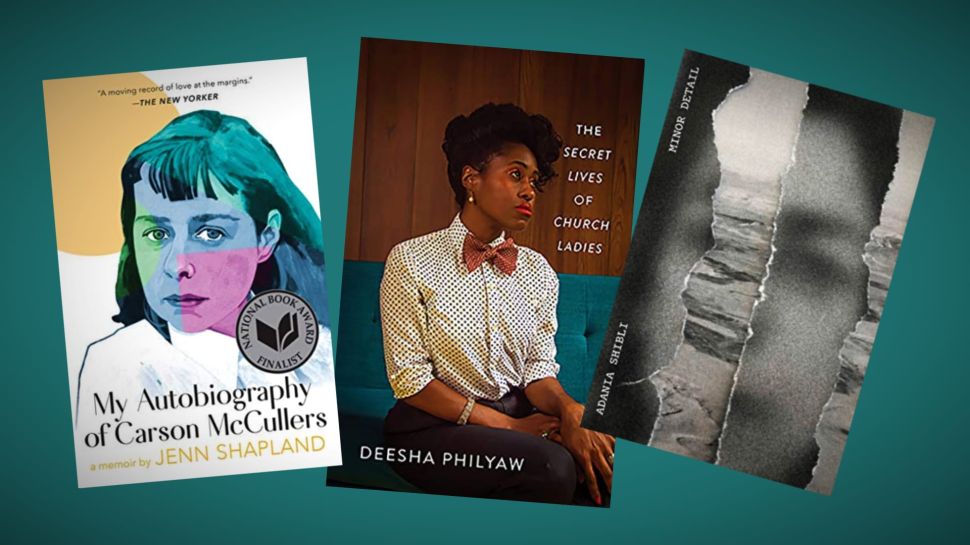