The last episode of This Is Us released before an extended holiday break left viewers with a series of unsettled conflicts. In Season 5’s fourth entry, “Honestly,” siblings Kevin (Justin Hartley) and Kate (Chrissy Metz) go back and forth over the phone discussing Kevin’s personal struggles with self-doubt and how his fallout with Randall (Sterling K. Brown) possibly plays a part in it in his pathos. We also see Kate withhold a secret that she has been keeping from her family for years. The abrupt ending of the phone call left all of their problems unresolved and shows how the tension between the triplets are continuing to grow.

Even with only four episodes released so far, this season tackles head-on the idea that no matter what is going on in the world at the moment, there is always work to be done to keeping a family unit functioning. The country has been especially hard hit this year by both the COVID-19 pandemic and the police brutality that created an international conversation around social and racial injustice for Black Americans. One would hope that hard times should strengthen the bonds between families and loved ones, but as This Is Us showing viewers on screen, hard times are also just as likely to drive existing wedges even deeper.

In the last episode, we learn that after ending a toxic relationship when she was 18, Kate found out that she is pregnant. She chose to hide that pregnancy from everyone, and now in the present, it is going to create yet another divide between the siblings in their adult lives.

The first time Kate ever alluded to the incident was during her phone conversation with Kevin in “Honestly.”

“I’m just saying we all have stuff from our past that we’re still dealing with OK?” she says. “And that’s Randall, you and me.” At that moment it looked like she was finally going to open up, she decided to hide it again because ultimately, her brothers can’t relate to her on this level because they are men. Normally their bond is one of the strongest of the show, but here, Kevin and Kate are out of sync.

It’s not as if Kevin isn’t dealing with his own troubles. Throughout the series, Kevin has always had problems finding himself and figuring out what path he wants in life. Some of these obstacles stem from the different parenting styles Rebecca (Mandy Moore) and Jack (Milo Ventimiglia) had while raising the triplets. Because Rebecca was more of a pushover and Jack took the harsher approach, Kevin questions his abilities to act, but—in the end—has always stayed the course and worked twice as hard to gain approval from his peers.

Rebecca and Jack’s parenting plays into some of the problems that Kevin and Randall have as well with Kevin believing Randall was always the favorite between their parents. Whatever Kate, Kevin or Randall are, they are the product of Rebecca and Jack’s parenting partnership, for good or ill. The poet Philip Larkin once wrote, “They fuck you up, your mum and dad,” and that comes through the relationship between the three siblings.

Nowhere is that starker than in the struggles Randall has dealt with in the last several episodes. Since This Is Us occurs within a thinly veiled version of the modern United States, the showrunners depicted the defining news events of 2020—the killings of Black people like George Floyd, Breonna Taylor and the Black Lives Matter protests they sparked—through their effects on the characters. This season the series went deeper on Randall’s internal struggle than it had before, examining the struggles he faced growing up in an all-white family, such as having to work harder because of the color of his skin, or when one of Kate’s white friends flirted with Randall and said she had always wondered was it would be like to kiss “someone like you.” Kevin and Kate will never understand what Randall has gone through because they have never experienced discrimination the way he has.

This disconnect is played out in the two-part season five premiere. Kate starts to apologize to Randall for everything going on around the country, and instead of accepting it, Randall questions why she is apologizing at all. George Floyd wasn’t the first Black man to be killed on camera, he points out.

Randall goes on to confront Kate about the lack of conversation around this topic in their household growing up and how he held feelings inside because he didn’t want his family worrying about “saying the wrong things.” The scene is a rollercoaster of emotional beats from Sterling K. Brown and Chrissy Metz. It’s crushing but also familiar. This Is Us works best when you can trace its tensions to reality. Like all families in conflict this year, the Pearsons will have to overcome the challenges they face and re-discover their empathy for one another if they want to fix their relationship in the future. 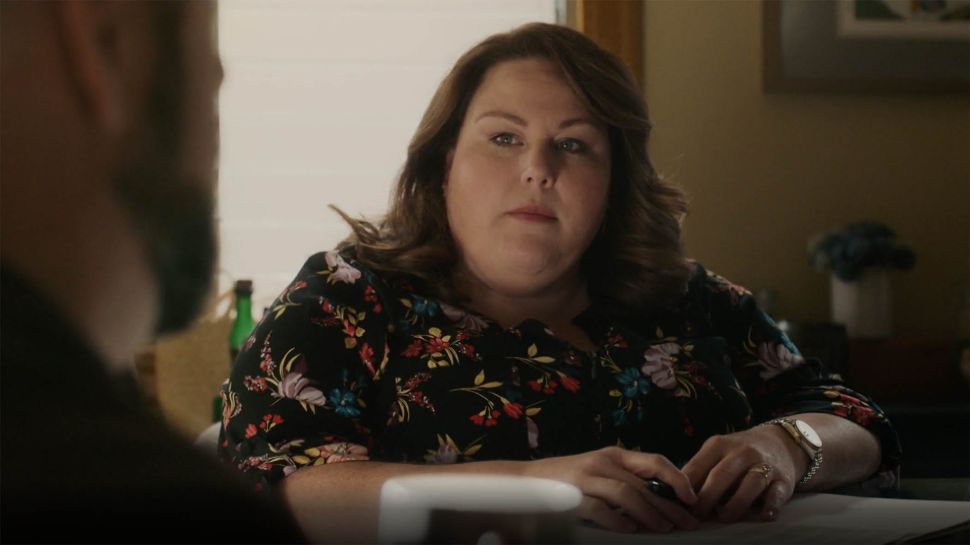