When the Nobel Prize-winning author Toni Morrison passed away at the age of 88 in 2019, she left behind an immeasurably valuable bibliography of novels, non-fiction essays and articles that illuminated truths about the Black American experience for readers all over the world. Additionally, as one might expect, she left behind a formidable personal library in her Tribeca apartment, the latter of which is now up for sale and listed at $4.75 million. According to Galerie magazine, Morrison’s collection of over 1,200 books is available to be purchased separately from her apartment, and it includes a number of interesting titles and details you might not initially expect.

For one thing, according to a reporter who became intimately familiar with Morrison’s library, not a single page in any of her thousands of books featured a folded corner: the author was not inclined to damage any detail of her library. Additionally, it appears that she hardly ever used “official” bookmarks, and rather opted to hold her place in books with items like FedEx cardboard envelopes and paper slips from her answering machine. Morrison also hoarded a few never-returned library books, and fastidiously organized her entire collection alphabetically by the author’s last name.

Any author can amass a rich and complex library, but Morrison’s collection included a few items that only she could obtain: books written by and inscribed to her by luminaries like Elie Wiesel and Denzel Washington. Additionally, Morrison’s collection revealed that she tended to fastidiously re-edit her already-published novels, particularly The Bluest Eye, which she had filled with notes and crossed-out lines. Though you’d perhaps expect the Lyndon Johnson and Barack Obama biographies that sat on Morrison’s bedside table, there are a few titles in her library that illustrate the wider breadth of her tastes: Moo by Jane Smiley, I, etcetera, by Susan Sontag, and Wolf Hall by Hilary Mantel. 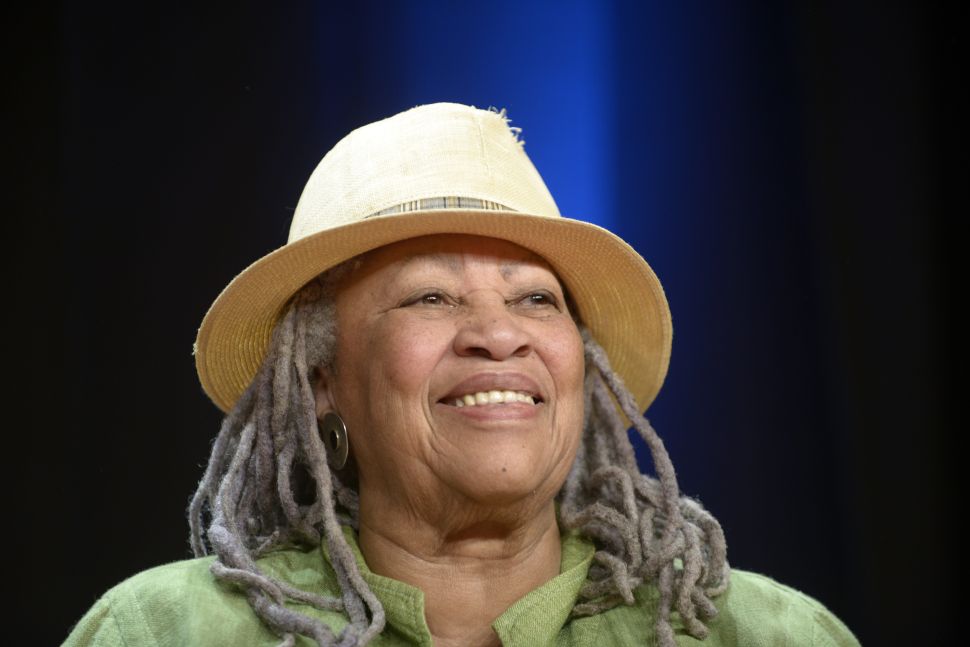