The new Amazon offering from Alan Ball, the Academy Award-winning screenwriter of American Beauty and Emmy Award-winning creator of True Blood and Six Feet Under, is a middle ground, tweener kind of movie. Sadly, it comes to us at a time—Joe Biden’s recent election victory not withstanding—when the culture at large tends to look at such compromise with profound suspicion.

It’s half coming-of-age story for the teenaged Beth (Sophia Lillis, also seen in It), half gay slice-of-NYC-early-’70s-apartment-life featuring the introspective Frank (the masterfully opaque Paul Bettany) and his ebullient partner Wally (the Lebanese actor Peter Macdissi, who played Claire’s art school teacher on Six Feet Under).

The film is comfortably mainstream enough to not turn off the Black Friday shoppers who might click on its banner while searching for deals on flat-screen TVs. Yet in showing a loving same-sex couple challenge entrenched hostility in the heart of the Bible Belt nearly 50 years ago, Uncle Frank also carries in its heart a subversive streak as long as I-26, the interstate that runs through South Carolina, the home of the title character’s family and the seat of his life-defining trauma.

Too queer for some, not nearly queer enough for others, Uncle Frank is fated to become the green bean casserole of this holiday’s film streaming options: designed to appeal to everyone, but destined to remain uneaten.

Which is a shame. Bettany delivers such finely attenuated performance as an NYU professor whose carefully built life is being slowly sabotaged by unprocessed pain and the cruel lack of acceptance at the hands of his father, Daddy Mac (Stephen Root). And Macdissi gives a full-blooded and varied performance as a Saudi immigrant still deeply in love with a people and culture who would just as well see him executed for being his authentic self.

The fluid camera movement and framing by Khalid Mohtaseb, who shot last year’s similarly ’70s-set New York thriller The Wolf Hour, offers the actors a generous frame in which to work. Production designer Darcy Scanlin subtly evokes Frank’s two separate worlds, the insular domesticity he escaped from down south and the intellectual and cosmopolitan one he created with Wally in Greenwich Village.

The film largely doesn’t know what to do with the talented cast that Ball has assembled, Avengers-style, to fill out the ranks of Frank’s family. (Uncle Frank serves as definitive proof that Ball has one of the town’s most enviable Rolodexes.) As Frank’s sister-in-law and mother respectively, neither Judy Greer nor Margo Martindale get enough to do to allow them register in their usual manner. Steve Zahn’s presence is justified by his mustache alone, which boldly contrasts with the more refined version sported by Bettany’s Frank.

Similarly, Beth and her emergence as a young scholar and writer—cleverly set up in a prologue and during her first days as a freshman at her uncle’s university—is all but abandoned as Frank’s internal turmoil and anguish come to dominate the proceedings. While she is charmingly played by the gamine Lillis, it is as if Ball invited Beth to the party then forgot she was there once it came time to hang out with Frank and Wally.

One can hardly blame him: they make for a transfixing pair. Frank and Wally are so engrossing—and the manner in which Bettany and Macdissi play off each other so weighted with shared history—that they outshine the rest of the movie. As a result, Uncle Frank winds up feeling like the backstory for a far more compelling tale yet to be told.

Uncle Frank is available to stream on Amazon Prime Video. 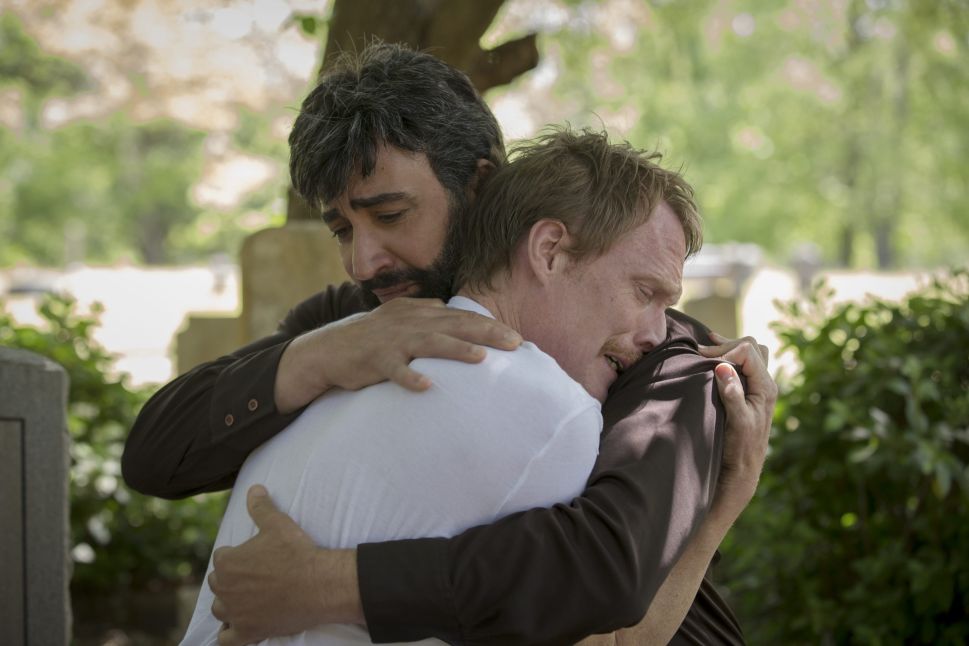