Just as the world’s largest manufacturers, retailers and service industries embrace robots in their day-to-day operations as if computers have already outsmarted people, at some of the most fundamental levels of consumer business, human labor is still a better option over machines, as found by Walmart.

According to a Wall Street Journal report late Monday, the retail giant recently scrapped a contract with San Francisco-based Bossa Nova Robotics, which makes six-foot-tall robots that roam Walmart store aisles to make sure that each shelf has enough inventory.

The robotics company had been a Walmart partner for five years. At the time of the contract cancellation, these inventory-scanning robots were used in 500 of Walmart’s 4,756 stores nationwide.

The big-box retailer originally had a plan to expand its robot workforce to 1,000 stores. However, as the coronavirus pandemic unexpectedly rattled its business (in a good way), Walmart decided to end the partnership because it had found a simpler and more cost-effective solution, a.k.a human employees.

In addition, Walmart’s U.S. head John Furner has concerns about how shoppers react to seeing a robot working in a store, people familiar with the matter told the Journal.

Walmart’s retail business has boomed during the pandemic. And stores have faced increasing inventory challenges as a result. In a recent interview with CNBC, Walmart CEO Doug McMillon said stores had seen “sporadic” out-of-stock issues due to increased demand for household items during quarantine.

“If I could change one thing about our business right now, it would be to have an even higher in-stock level,” he said at the time. “We’re trying to make sure we’re ready to go all the way to Christmas and beyond, but we’ve still got some recovery to do.”

Bossa Nova’s robots don’t have arms that can move things around, so although they can scan inventory to see which products are out of stock, they still needs humans to do the restocking.

“We learned a lot about how technology can assist associates, make jobs easier and provide a better customer experience,” a Walmart spokesperson said in a statement. “We will continue testing new technologies and investing in our own processes and apps to best understand and track our inventory and help move products to our shelves as quickly as we can.”

Walmart continues to use robots for other in-store tasks, though, including a money-counting machine that can count eight bills per second and 3,000 coins a minute, an automatic conveyor belt that pre-sorts products to speed the unloading process, and a robot floor scrubber that moves through store aisles. 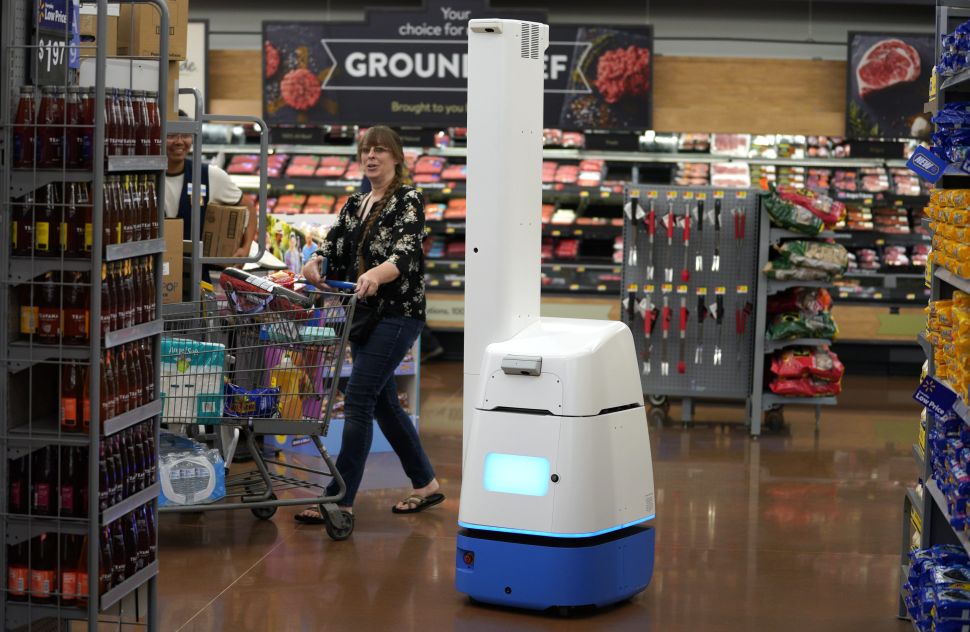