This Saturday—weather permitting—SpaceX will fly four astronauts to the International Space Station using its new Crew Dragon spacecraft atop a reusable Falcon 9 rocket from NASA’s Kennedy Space Center in Florida. The flight, dubbed Crew-1, will be SpaceX’s first operational crew mission with NASA since the space agency ended its space shuttle program in 2011.

Onboard crew members will include NASA commander Mike Hopkins, pilot Victor Glover, mission specialist Shannon Walker and Japanese astronaut Soichi Noguchi. They will stay on the space station for a six-month expedition and join three other astronauts currently working on the ISS.

The Crew Dragon spacecraft completed its final test on May 30, flying two NASA astronauts, Robert Behnken and Douglas Hurley, to the ISS. They returned to Earth safely on August 2.

In preparation for Saturday’s historic launch, SpaceX and NASA are carrying out a series of final rehearsals this week.

On Wednesday afternoon, SpaceX test-fired a Falcon 9 booster at Launch Complex 39A at Kennedy Space Center, the same launch pad of the test flight in May.

On Thursday, the launch team will do a dry-dress rehearsal in which the astronauts will suit up in space gear and run through every step they will take on launch day, including riding a Tesla Model X car from the space center’s crew quarters to the launch pad, going up the service tower and climbing into the Crew Dragon capsule.

Then, on Friday, SpaceX and NASA officials will convene for a final launch readiness review and discuss weather forecast. If the weather is unfavorable on Saturday, a backup launch window is scheduled for 7:27 p.m. EST Sunday.

How To Watch the Launch

If everything goes as planned, the Crew Dragon capsule will dock with the ISS at 4:20 a.m. EST Sunday morning and finish boarding at 7 a.m. At 7:20 a.m., NASA will host a post-mission news conference from Johnson Space Center in Houston, Texas.

Next Monday, the space agency will host another news conference featuring the four Crew-1 astronauts calling in from the ISS. 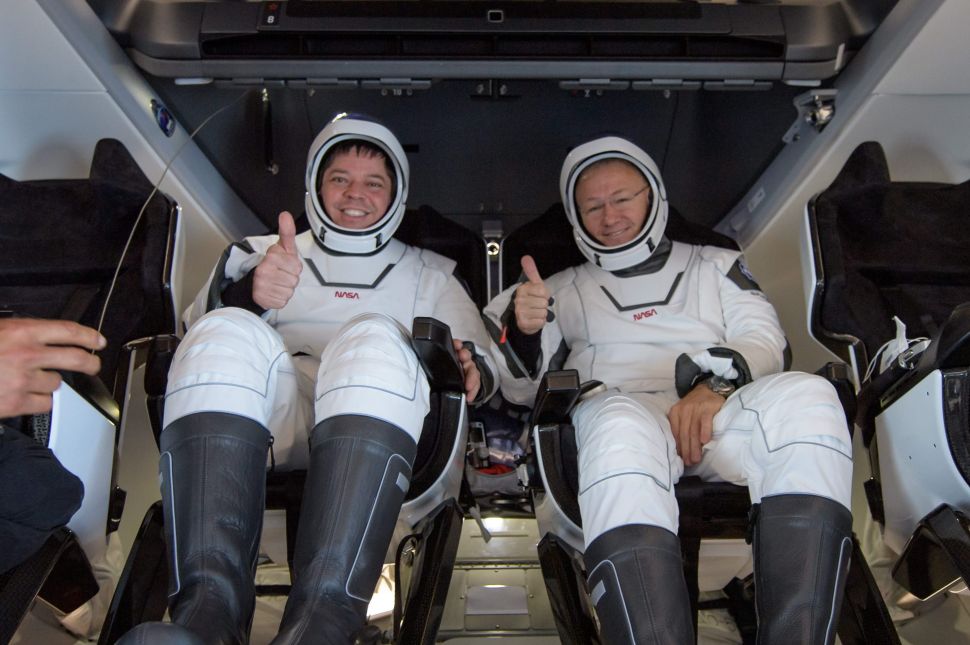