According to a study by the Milken Institute, chronic disease-driven obesity in the United States accounts for roughly $500 billion in direct health care costs as well as another $1.25 trillion in indirect costs resulting from its toll on economic output. Put another way, obesity is eating up nearly 10% of annual GDP.

But it wasn’t always this way. In the early 1960s—only a generation ago—less than 4 percent of U.S. adults were considered obese, which in clinical terms means having a BMI (Body Mass Index) above 30. (By the way, you can calculate your own BMI on the CDC website here.)

Fast forward 60 years and now over 180 million of us, more than 60 percent of the US population ages 2 and over, are considered either obese or overweight. This despite the proliferation of a flourishing multibillion-dollar weight-loss, nutritional supplements, and fitness sector, which doesn’t seem to be making much of a dent in the aggregate. That so many resources are being plowed into an issue with so little return has been a source of frustration to physicians, spurring the medical research community to look for new ways to address the set of health challenges associated with obesity.

“Obesity is a major public health issue—it leads to high blood pressure, diabetes, and eventually cardiac and kidney disease,” observed Dr. Rajiv Shah, a leading Minneapolis-based nephrologist and kidney specialist. “Let’s be honest. The current set of solutions—eating better and getting some exercise—haven’t made much of a difference, which is why we in the medical field are all eager for a new set of tools we can use to address this formidable challenge.”

Recent breakthroughs in gene mapping have led members of the scientific community down a new path that has the potential for revolutionizing how we think about weight gain. Just as we all have a unique gene fingerprint, medical researchers are beginning to approach the question of weight loss through a similar lens: phenotypes.

Enter Dr. Andrés Acosta, a soft-spoken Ecuadorian-born research physician and scientist at the world-famous Mayo Clinic in Rochester, Minnesota. What began as a research project at Mayo has gradually been spun out into a separate company called Phenomix, which is now taking on venture capital from major physician-led associations and health insurers. If successful in its mission, Phenomix may end up forcing large swaths of the traditional weight-loss industry to go belly up.

“70 percent of all people who try to lose weight either fail to lose any or lose some and gain it back quickly,” comments Acosta. “And that has massive healthcare implications from heart disease to type 2 diabetes to stroke. Instead of looking at how to lose weight, we should first understand why people are gaining weight.”

The why, as it turns out, comes down to combining two somewhat distinct areas of human science: genotyping, the process of determining differences in the genetic make-up of an individual’s DNA, and metabolomics, the scientific study of chemical processes driving our unique metabolic profiles when the genotype interacts with the environment. Together, by looking at our unique genetic and metabolic fingerprints, the Mayo team has created a roadmap for understanding each human’s unique chemical and genetic profile that can not only predict obesity but better address and contain it.

Called phenotyping, this bespoke mapping of each human on a subcellular level has allowed Acosta to create four different phenotype buckets that encompass 85% of all people suffering from obesity: Hungry Brain, Hungry Gut, Emotional Hunger, and Slow Burn.

Hungry Brain: About a quarter of those with obesity have a neurological malfunction that fails to signal the brain when enough calories have been consumed in a meal. This failure to detect satiation causes people with “hungry brain” to inadvertently over-eat, because their brain is not receiving messages that the meal should be over. Oftentimes, this is evident in people who need to consume big meals to “feel stuffed.” Their digestive system either fails to listen to the signals from the brain that caloric satiation has been reached, or it does not receive those signals at all.

Hungry Gut: For about one-third of the population with obesity, the problem lies in the gastrointestinal system. In these individuals, their stomach and gut push out signals indicating hunger in between meals, even though they may have eaten only 30 minutes earlier. This may be the case of someone who has a big dinner, yet shortly afterward begins snacking in response to signals from their gut that they are hungry again.

Emotional Hunger: About a third of adults with obesity, hedonic eating is the root cause of their obesity. As Dr. Acosta likes to describe it, these people have phenotypes that “have them eating donuts when they’re having a bad day and give them the urge to eat donuts when they’re having a really good day as well.” These are individuals who use eating as a response to both negative and positive emotions.

Slow Burn: For another quarter of adults suffering from obesity, the root problem is a low metabolic rate coupled with overall low activity. These are people who do not burn calories as efficiently as other humans.

Here’s the bad news: Nearly a quarter of obesity patients suffer from phenotype profiles that exhibit more than one of these conditions, requiring a more complex intervention.

But the good news is that, so far, the results in clinical trials have been nothing short of spectacular. A recent study carried out at the Mayo Clinic followed 250 obese patients, half following standard of care, and the other half following phenotype-guided interventions. 80 percent of those following the phenotype guided interventions were able to lose over 10 percent of total body weight and keep it off for a period of 12 months, but for those who attempted to lose weight via standard interventions, only 30 percent were able to shed over 10 percent of their body weight and keep it off.

“We’ve known for years that the future of weight loss is individualized care as it is strongly influenced by our own unique DNA,” remarked Fox Business Channel Analyst Ethan Bearman, who closely follows the healthcare, nutrition, and fitness sectors. “The future is here with Phenomix. Now companies like Weight Watchers will have to confront have their own worst nightmare in this new competitor; no more will we have to suffer a ‘one size fits all’ approach, as if we’re not all unique in our genetic and metabolic makeup.

“I also sincerely hope that in addition to changing lives and extending life expectancy, the work that Phenomix is doing also changes attitudes. Society tends to label those who are overweight as being lazy or simply lacking initiative,” Bearman continued. “My hope is that as we gain greater understanding about phenotypes, the public – and the media — will begin to understand that the causes for obesity are far more complex than we have been led to believe.”

Ross Higgins, the Phenomix Chief Operating Officer who is charged with commercializing the company’s efforts, shares a similar sentiment. “At the end of the day, our product is a lab test that doctors—specifically those that work directly with obese and overweight patients—can order that will give them an entirely new level of insight into their diagnosis,” said Higgins. “These lab results will take out much of the guesswork about the best way to address obesity. A phenotype-guided therapy may be as simple as targeted lifestyle and diet interventions, but may also include pharmaceutical, medical device and surgical interventions as well.”

“We are simply giving doctors a better tool to analyze patient data before they prescribe therapies,” added Higgins.

Remember the term phenotype. All indications we will hearing a lot more about this fast-evolving area of science and medicine in the year ahead. 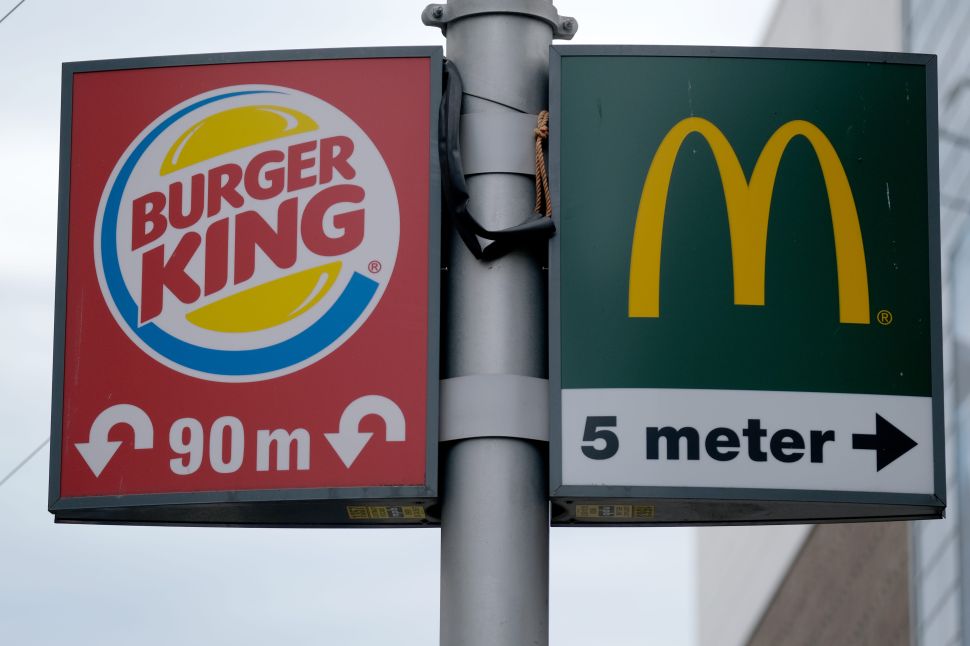