There are plenty of funny new shows or specials to watch this week—Animaniacs, that Fresh Prince reunion, anything starring Legos—but for my money the most exciting of the bunch is Steve McQueen’s first Small Axe anthology entry, Mangrove. (Read our interview with the acclaimed director to learn more about how his films came together.) Observer Entertainment has curated the guide below to help figure out what to watch this weekend on your off-hours. The major streaming services alike are represented below, from Netflix to Hulu to Amazon, and we’ve offered recommendations for for all of them, including both new releases as well as hidden gems that may be buried between the cracks.

The Star Wars Lego Holiday Special has finally arrived. Star Wars has a messy history with holiday specials; the franchise’s 1978 special was ruthlessly panned as one of the single biggest missteps of the entire franchise. The Lego take is a move to correct that legacy, using a more aggressively kid-friendly concept (Legos) and the new characters created for the Disney-produced sequel films. If you have kids, keep this one in your arsenal this season. Watch The Star Wars Lego Holiday Special on Disney+.

I Am Woman, the inspiring story of singer and feminist icon Helen Reddy, actually pushed its own star, Tilda Cobham-Hervey to start producing and writing her own films behind the scenes. Her work on screen reflects that hustle too, as her performance and the film appropriately captures the energy that Reddy, the Queen of ’70s Pop, brought to her best-known songs. Watch I Am Woman on Netflix.

The original Animaniacs is a pretty special animal. One of the greatest cartoons of the ’90s TV animation renaissance, it managed to combine music, timely jokes, cannily risqué tangents and a supremely talented cast and crew to make memorably intricate comedy. The reboot, which is pretty good and which drops today, acknowledges the creativity that went into that and does its best to update it for 2020. The original is irreplaceable, but the reboot manages to be a welcome balm. Watch Animaniacs on Hulu.

Mangrove is the first entry in acclaimed director Steve McQueen’s five-film Small Axe anthology about the West Indian community in the U.K., and it is tremendous. Starring Letitia Wright, Shaun Parkes, Sam Spruell, it relays the little-known story of the Mangrove Nine’s pursuit of justice in a 1970 trial. “We mustn’t be the victims, but the protagonists of our stories,” one character poignantly says at one point in the film, echoing McQueen’s own stated belief that he refuses to ask for permission to tell his stories. Watch Mangrove on Amazon Prime Video. 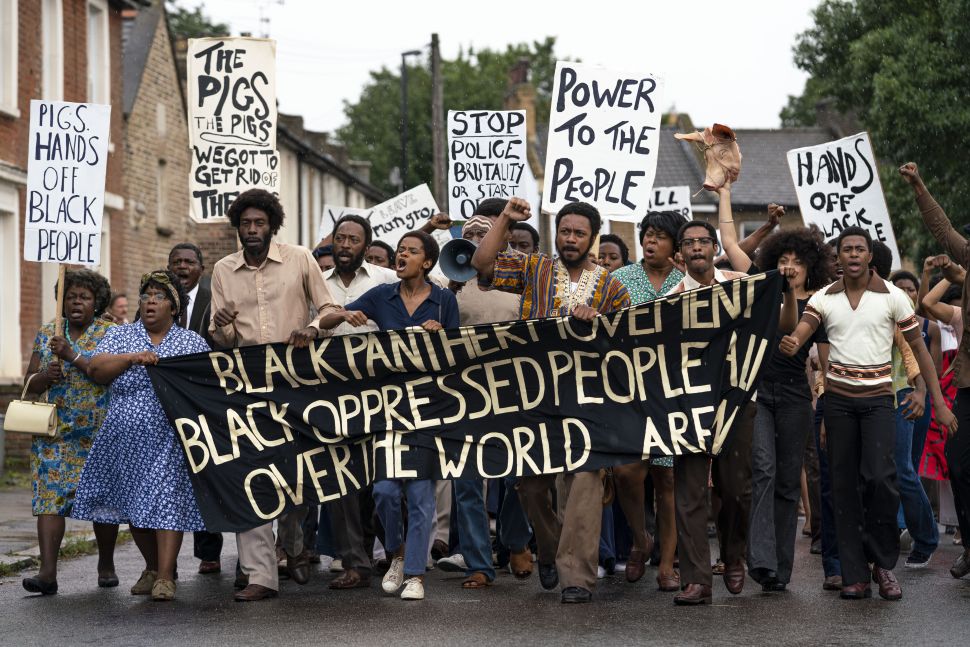