As one of the most traumatic and destabilizing years on record draws to a close, it can be enormously comforting to hold onto some idea of hope for the future, and to manifest those hopes in whichever symbols might take shape. In 2019, Pantone predicted that the color that would best represent 2020 would be Classic Blue, because of “our desire for a dependable and stable foundation on which to build as we cross the threshold into a new era.” As we all know, that desire was 100 percent not met, so here’s hoping the color company’s 2021 predictions are more on the money: “ultimate gray” and a yellow hue called “illuminating.”

While gray and yellow can be interpreted in many different ways, they certainly suggest a sort of technology-infused seamlessness that could act as a counterpoint to 2020’s very human disarray. This choice also marks the first time that Pantone has selected an achromatic color for one of its colors of the year, as well as the second time two different colors have been chosen together as opposed to just one. Pantone also made the choice of two colors in order to telegraph the importance of unity and solidarity between two separate entities.

“It’s a combination that speaks to the resilience, the optimism and hope and positivity that we need, as we reset, renew, reimagine and reinvent,” Laurie Pressman, Pantone Color Institute’s Vice President, told CNN. “Two extremely independent colors highlight how different elements come together to express this message of strength and hopefulness,” she continued.

Psychologically, yellow has been said to induce feelings of good cheer and happiness, while gray can instill a sensation of peace and deliberation to those who might need encouragement. There’s no doubt that happiness and resilience are two modes of being that we’ll have to tap into for survival in 2021. 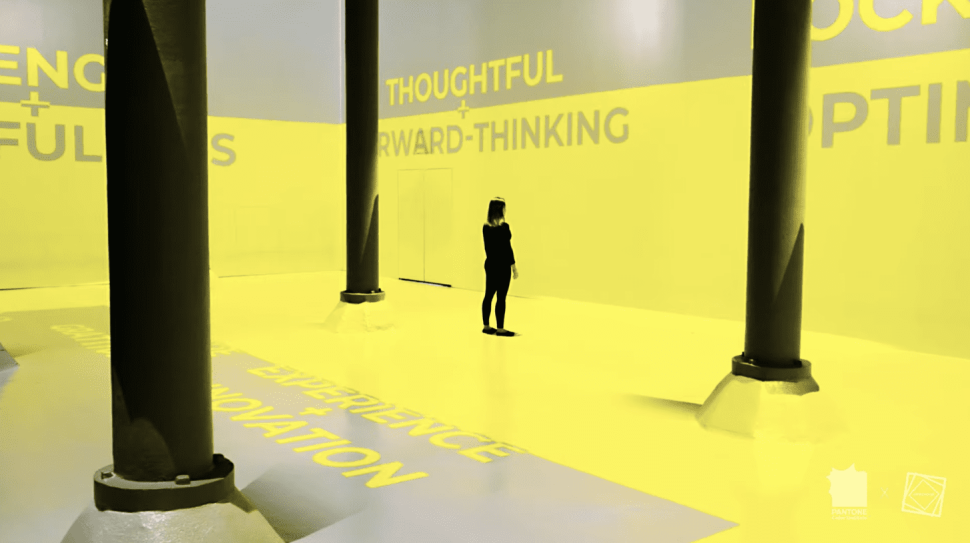