Throughout a year in the arts that’s been defined by shuttered theaters, reduced-capacity museums and a near-total absence of live music, publicly accessible, outdoor art installations have functioned as significantly soothing life rafts to cling to. Presented by the nonprofit arts organization Creative Time, from December 16 to 20, a new work by the multidisciplinary artist Allison Janae Hamilton will be displayed at Pier 3 in Brooklyn Bridge Park, acting as a visual lighthouse for anyone seeking refuge. The work, Waters of a Lower Register, is a five-channel, non-narrative film featuring footage of the artist’s native North Florida ecosystem, which Hamilton captured in part in the aftermath of a tropical storm. Hamilton, whose work often includes environmental imagery, wanted interrelated ecological disruption to be at the forefront of the installation.

The footage itself consists of visually arresting portraits of nature, and it will be projected on a loop across five separate screens in Brooklyn Bridge Park. Sometimes the film will float between screens, and sometimes each separate screen will be showing an isolated image. Observer spoke to Hamilton to find out more about the intent behind the multifaceted project.

Observer: You seem to have a really rich understanding of the history of the Brooklyn waterfront and the ecological issues there. What grabs you about that subject?
Allison Janae Hamilton: To be honest, I’m really looking a little bit more locally towards where my home region is and making some parallels. I’m always using the southern landscape as my primary medium, so really, in terms of conceptual undertakings of the work, it’s really more tied to the southern United States. At the Brooklyn waterfront, we are expanding the conversation to look at, more broadly, the ways that labor and all of these other issues with American waterways are interconnected, even though my primary references are the Southeast region and, in this particular work, the big bend region of Florida.

You work across different media. What made you choose the medium of film for this installation?
That’s a good question. Well, for me, I really wanted something immersive and I wanted something that has the emotional resonance of the moment. So there is this kind of collage of image and sound, there are moments in the film where you feel like you’re drowning and moments when you feel like you’re flying; kind of like when you’re on a roller coaster. I wanted something that mirrored what some viewers might’ve been feeling, like we’ve been going through during this collective grueling year, and so the film in some ways speaks towards that.

My hope is that the viewer does not feel like they have to see it right from the beginning. In my work, I’m trying to convey this idea that maybe we’ve been dropped into the middle of a scene or a narrative; that maybe something spectacular or horrific has just happened or is about to happen. Part of the film is that it really doesn’t have a distinct beginning, middle and end, but it does have different sections in parts. Some of them are underwater waterscapes that were shot in the local rivers in northern Florida, and then other places you see the Florida fauna of the area. Again, I’m using the landscape kind of as a material as you would use paint or any other material surface. I do this sculpturally a lot, but I’m trying to push it and see how far I can do that in the film world.

How did Creative Time reach out to you for this collaboration, and what was the process of setting everything up like?
They reached out to me and said that they really want to commission and feature a piece that speaks to the moment that we’re in, and so it was really as simple as that. They gave me the free range to run with it. I spent a good portion of the quarantine in my hometown, and all summer, we were just getting beat up. The gulf region in general, and especially Louisiana, we were kind of getting beat up by these hurricanes. I’ve done work around hurricanes and climate change before, and just the way that it’s often communities of color that are in the most precarious geographic locations, especially my region of the United States’ Gulf South.

So in the wake of all of the crises that have been happening back to back to back, with the pandemic and the state violence, you also have this as well. So I wanted to bring the landscape in as another thing to look at because, in my view, it’s really all connected. Poor folks, rural folks, folks without insurance are going to be the ones…a lot of the chemical facilities are less stable, and these Black communities are getting the runoff, so it’s kind of all connected. So when they asked me to do something that speaks to the moment, I immediately wanted to do something that was landscape focused. My work, in general, is landscape focused, but [I wanted to make] something that really brings in the imagery quite heavily that connects all these storylines in a way that one might not think at first glance. 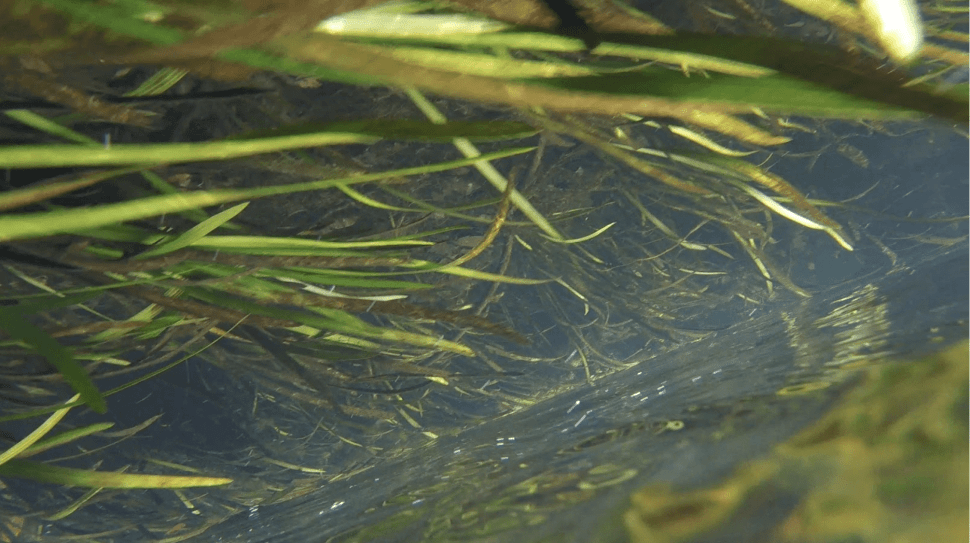