If there’s one (non-online retailer) business that prospered in 2020 despite the chaos, it’s electric vehicle startups. (Whether they’ve had a viable product or not has been beside the point.) QuantumScape, a Bill Gates-backed startup developing the next-generation batteries for EVs, is arguably at the center of this electric hype.

In November, QuantumScape went public through a reverse merger with Kensington Capital’s special acquisition unit at a valuation of $3.3 billion. Since then, its share price has soared through the roof, jumping from $10 upon market debut to over $95 at Monday’s close.

“This valuation is absurd and unjustified,” said Ian Bezek, a former hedge fund analyst who now writes for Investor Place.

What lured investors into piling in on the young company’s stock is its bold goal to commercialize solid-state batteries, an emerging lithium-ion battery alternative that bears the promise to significantly lower the cost of electric vehicles.

Solid-state batteries are less flammable, charge faster and have a higher energy density (thus longer driving range) than lithium-ion batteries. The only downside is that, with existing technology, they are expensive to make.

QuantumScape touts a lithium-metal battery technology that could change all that. The company said its prototype single-layer pouch cell has demonstrated the ability to recharge batteries up to 80 percent capacity in 15 minutes and enable a car to last hundreds of thousands of miles even in extreme temperatures (as low as -22 degrees Fahrenheit).

During a video presentation earlier this month, QuantumScape scored a major endorsement from Nobel Prize-winning chemist Stanley Whittingham, who said the startup’s lithium-metal technology could increase battery energy density by 50 percent, if not 100 percent.

And Bill Gates, who’s not a chemist by any means but, according to QuantumScape CEO Jagdeep Singh, has apparently become an expert since investing in the company, is also fully behind the idea.

“I didn’t honestly think he knew anything about chemistry, and we are all about chemistry. But when he thinks something is important he can dive really deep and become an expert in that area. He has gotten very deep into this area,” Singh told Fortune recently.

Still, nothing is written in stone just yet, at least on the financial side. According to its own product roadmap, QuantumScape will be testing batteries through 2023. If successful, a factory will be built in 2024, and it hopes steady revenues will flow in two years after that. But investors shouldn’t expect profitability until at least 2027.

“Long story short, you’re going to need to be patient for the better part of the next decade before QuantumScape starts making serious money,” wrote Investor Place‘s Bezek. “Make no mistake, QuantumScape is a worthwhile concept. However, its current valuation is utterly crazy. There’s simply no way to make the math work.” 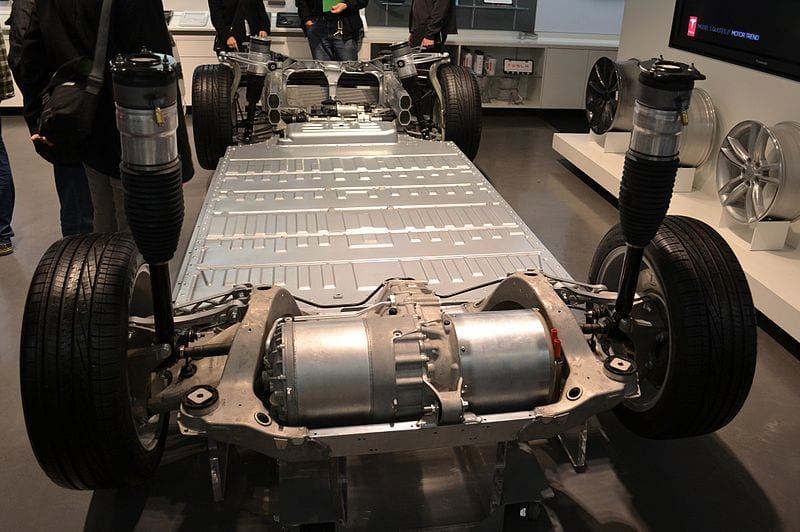