Lately, there’s been a global shift wherein art that was stolen in the course of imperialism has been returned to its rightful country, as a means of repairing the historical wounds that were previously inflicted. On Tuesday, China’s National Cultural Heritage Administration successfully debuted the return of a bronze horse head to the country’s Old Summer Palace in Beijing, 160 years after it was stolen from the palace by foreign troops in 1860. During that time, China was being invaded by Anglo-French troops in the course of the Second Opium War, which was one of many incursions the country fought during its so-called “century of humiliation.”

During that time period, China was repeatedly bombarded with battle losses and unequal treaties that destabilized the country significantly, and the looting of this sculpture came to represent the century of humiliation vividly. This horse head, which was designed by Italian artist Giuseppe Castiglione and completed around the year 1750, was part of the Yuanmingyuan fountain at the Old Summer Palace, which featured 12 different sculptures representing the 12 animal signs of the Chinese zodiac: rat, ox, tiger, rabbit, dragon, snake, horse, goat, monkey, rooster, dog and pig. Seven of the sculptures have been returned to China and are held in various museums or privately; five have seemed to disappear. The horse is the first of these sculptures to be returned to its original location.

The palace was itself burned and mostly destroyed by the aforementioned Anglo-French troops when they looted the zodiac animal heads. Many years later, the horse head was purchased at a Sotheby’s auction for $8.9 million in 2007 by the Chinese casino mogul Stanley Ho, who passed away in May of 2020. In 2019, Ho donated the horse head to the Chinese government. He was also responsible for purchasing the pig head for HK$6 million in 2003, later donating it to Beijing’s Poly Art Museum.

Facilitating the return of these objects to China has become something of a group effort for wealthy art collectors around the world. As of this year, the statues representing the zodiac signs of the dragon, dog, sheep, snake and rooster are still missing, but in 2013, the sculptures of the rabbit and the rat were purchased by a French billionaire’s family and returned to China’s National Museum. 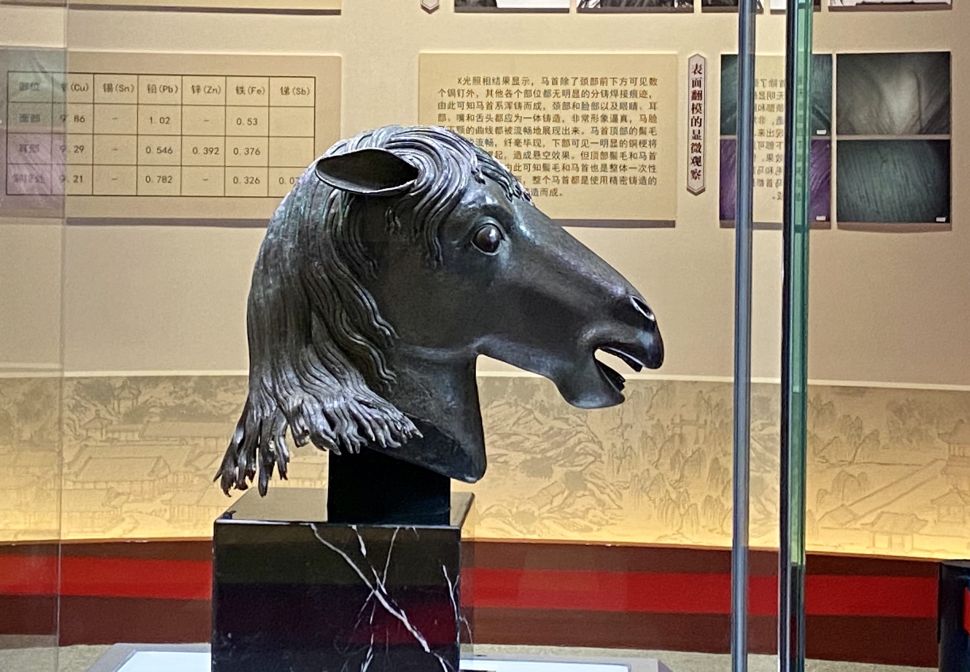