In recent years, it’s become absolutely undeniable that one of the most dominant cultural forces in the world is K-Pop, a genre of Korean supergroup music that feels engineered on a cellular level to please you and make you dance. BTS, or the seven-member Bangtan Boys, is a boy band that’s released several chart-topping singles and also made significant forays into the visual arts, so it makes sense that Julien’s Auctions has scheduled an upcoming MusiCares charity relief auction featuring outfits worn by BTS in their music video for 2020’s “Dynamite.” When that music video was initially released, it set new records on YouTube for earning the most views for a music video within 24 hours, so it stands to reason that many potential buyer will be interested in these outfits.

This sale by Julien’s Auctions, which will take place on January 29, 2021, also marks the first time that costumes worn by BTS will be offered at auction. The group of ensembles, which come in differing shades of pastel blue, lavender, pink and yellow, will reportedly be sold at no reserve at a pre-auction estimate of $20,000 – $40,000 total. Funds, of course, will go to MusiCares, a non-profit that assists musicians in times of personal or financial crisis. In January of this year, BTS also embarked on another project that telegraphed their range and willingness to experiment: a worldwide public art project involving Berlin, Buenos Aires, Seoul, New York and London that is bringing free, public and interdisciplinary art to different spaces around the world.

The project, which is called “Connect, BTS,” was organized by the Korean curator Daehyung Lee and is part of the group’s ambition to “redefine the relationships between art and music, the material and immaterial, artists and their audiences, artists and artists, theory and practice.” As far as industry disruption goes, auctioning off your music video outfits isn’t necessarily revolutionary, but it’s definitely a tried-and-true way for BTS to give back and satisfy their passionate fans at the same time. 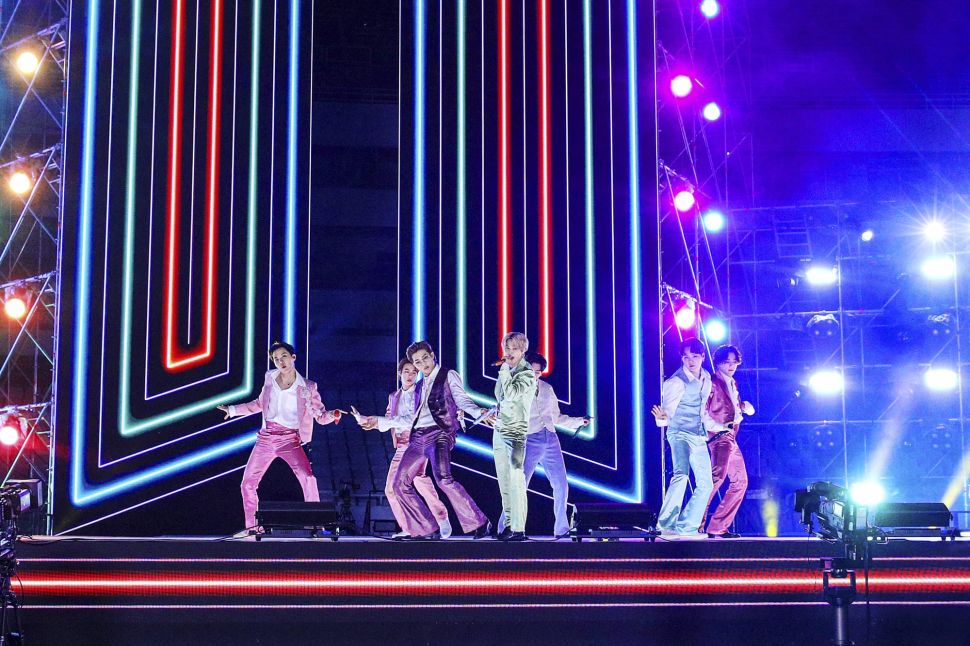