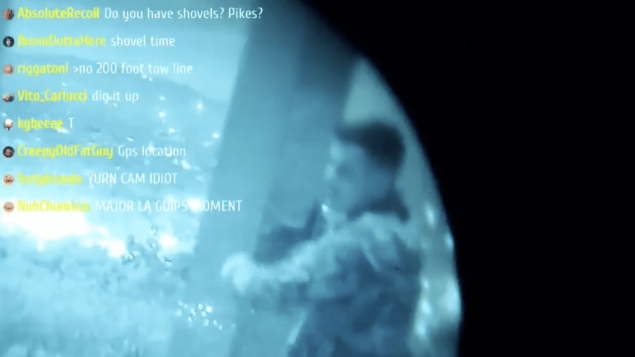 On Wednesday afternoon, the third monolith that’s popped up around the world in recent weeks appeared on a mountaintop in Atascadero, California, but just as quickly, a Twitter user posted a photo that appeared to show that the structure had already been removed. On Thursday afternoon, Vice confirmed that the monolith had indeed been taken down, and it had been removed overnight by a group of racist, far-right men who live-streamed their vandalism as it took place via an account called CultureWarCrimnal, and who subsequently erected a cross on the mountaintop instead. “Christ is king in this country,” one of the men can be heard saying in the livestream video. “We don’t want illegal aliens from Mexico, or outer space.” 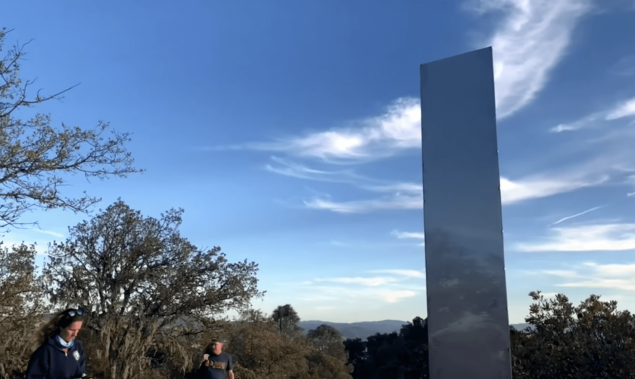 The monolith first appeared on a California mountaintop on Wednesday, December 2. NewsChannel 3-12 / YouTube

According to Vice, throughout the livestream, the men in the video frequently talked about white power and burning crosses, and also addressed viewers of the stream with racist epithets. Additionally, other videos on the CultureWarCrimnal channel reportedly include conspiracy theory content linking Hillary Clinton to “pedophile rape tunnels” and other racist material. 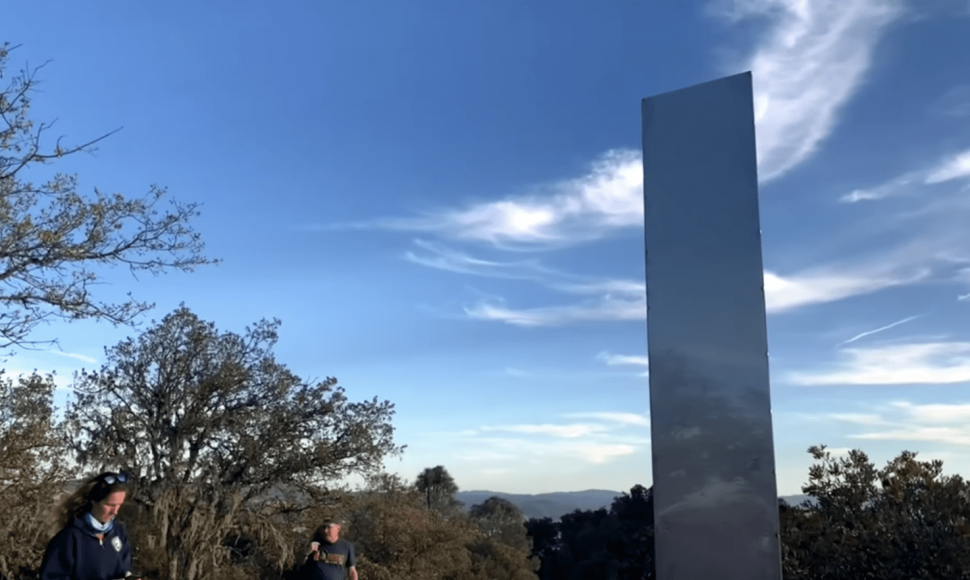