If two is a coincidence, three is most certainly a trend: according to new reports, yet another mysterious metal monolith was installed atop Pine Mountain in Atascadero, a city in San Luis Obispo County, California. This appearance followed shortly after the first monolith appeared in Utah on November 18, as well as after the second monolith popped up in Romania later in the same month. Whereas the Utah monolith was dismantled 10 days after it appeared, and the pockmarked Romanian monolith vanished only four days after it was erected, it seems California monolith may have already disappeared: one person on Twitter has already posted a photo claiming that the structure is no longer present.

There is currently a monolith at the top of Pine Mountain in Atascadero!!

No one artist, governmental body or city official has yet come forward to claim ownership or authorship of the monoliths, which seem to be popping up like daisies in totally random areas. Until the next one appears, theories are multiplying faster than you can say “aliens.” And who knows? In a year this insane, alien art installations actually sound pretty reasonable. 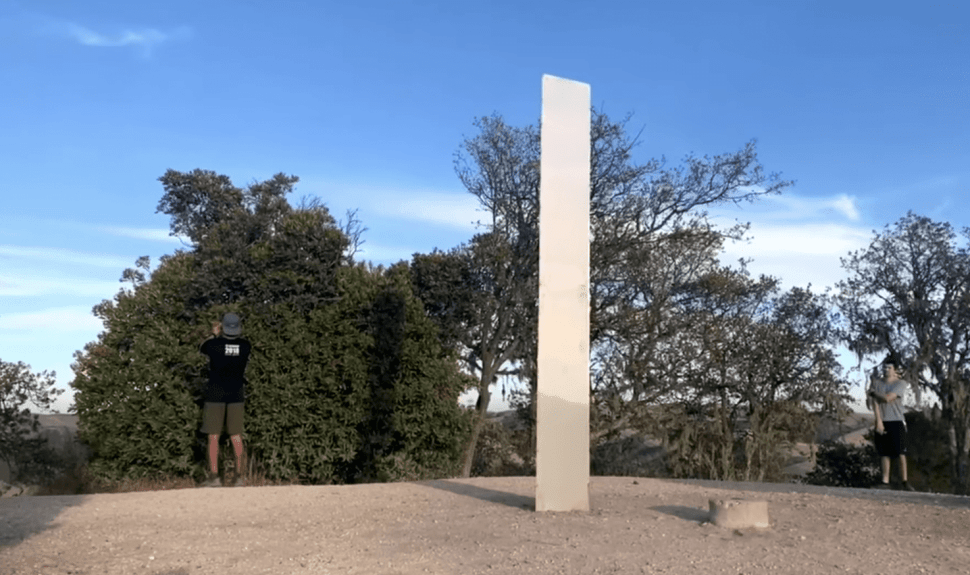