Christian Serratos doesn’t remember the first time she heard Selena’s music. It had always just been there—a constant, vibrant presence in her home as she grew up in Burbank, California. That’s why, Serratos admits, speaking to Observer over Zoom, portraying the iconic singer in Netflix’s Selena: The Series feels a little intimidating. So many Latin Americans have a similar kind of experience with Selena—the sense that she was family.

Born in Lake Jackson, Texas, Selena Quintanilla-Pérez blazed trails as a female Mexican American artist finding success in the predominately male Tejano music scene. With songs like “Como La Flor” and “Baila Esta Cumbia,” she helped bring Tejano to the mainstream and was poised to breakthrough even further with Dreaming of You, her English crossover album, before she was shot and killed in 1995 by Yolanda Saldívar, her former fan club president. Selena’s legacy has endured through pop culture, with the 1997 eponymous biopic starring Jennifer Lopez, a stage musical, an inspired makeup collection by M.A.C. Cosmetics, and much more. 25 years after her tragic death, Selena, the “Queen of Tejano,” remains one of the most influential and beloved Latin artists of all time.

For Serratos, who is also Mexican American, the representation Selena provided was “beautiful.” “My grandparents coming here from Guadalajara and Durango, it was important for me to have her,” Serratos says. “She broke down a lot of barriers for people like me. I’m nothing but grateful to her.”

Despite any pangs of intimidation, more than anything, playing Selena felt right to Serratos. She met series creator Moisés Zamora through a mutual friend and had some early conversations about the show, though wasn’t quite sure it would come to fruition—Serratos was in the midst of shooting season nine of The Walking Dead, in which she stars as Rosita Espinosa, and had a jam-packed schedule. But she was determined. She felt so connected to Selena. Serratos sent in audition tapes of herself singing and reading scenes, compelled to be the one to tell Selena’s story.

“My body wouldn’t allow me to stop, even though I knew it was going to, for the most part, be impossible when it came to scheduling,” Serratos says. “I just said, ‘I’ll deal with it when I have to deal with it. If I’m the right person for this, then I have to find a way. If I’m the wrong person for this, it won’t happen.’ It did. And I just trusted that I had Selena with me. It felt like I had Selena with me. It felt like she was there on set.”

Selena: The Series will be released in two parts that explore Selena’s childhood and rise to fame. Selena’s father, Abraham Quintanilla, and her sister, Suzette Quintanilla, are executive producers on the show. Their involvement was invaluable, Serratos emphasizes, allowing access to intimate moments in the singer’s life that otherwise wouldn’t have been possible.

As filming got underway, a few things about Selena’s story began to resonate with Serratos on a personal level—particularly in how Selena entered the entertainment industry at such a young age. Serratos, herself, started acting when she was just a kid, appearing in Ned’s Declassified School Survival Guide at 14 and, later, the Twilight film series. She was also a competitive figure skater growing up.

“When I saw the story we were going to be telling in Season 1, I was kind of flabbergasted,” Serratos says. “I had no idea that she had gone through the experiences that she’d gone through, that she even looked the way that she looked when she was younger. I had no idea that she didn’t always dance in the style that we know her to dance in. And she was so heavily influenced by flamenco later on in her career, which is kind of assumed that that’s how she always carried herself on stage, but it wasn’t—she really had to find herself.”

Seeing photos of Selena through various phases in her life also felt parallel, Serratos continues. “I saw a lot of short hair, permed hair, curly hair, colored hair—and that was so relatable to me, not just as a creative person in the industry who was trying to find how I wanted to portray myself, but any young person in their formative years. They’re trying to figure out who they want to be.”

To prepare for the role, Serratos researched Selena methodically, watching every performance and home movie she could, paying close attention to the details—especially the makeup. Beauty, fashion, and style were integral parts of Selena’s artistry. She was ahead of her time in the way she combined her inspirations into a brand, through her clothing line and fashion boutiques that had built-in salons. Today, it’s a vision similarly reflected in artists like J.Lo, with her entertainment empire, and Rihanna, with Fenty. Selena was known to do her own hair and makeup, and Serratos took note. “For Season 2, it was really important to me to start the day doing my own makeup, like she did,” she recalls.

Costumes for Selena: The Series were designed by Adela Cortázar. Every piece was handmade to precision: either an exact replica, down to the stitch, or authentically vintage, from Selena’s classic rhinestone bustiers to more rarely seen outfits like the black ruffle-shouldered dress she wore to the 1986 Tejano Music Awards. Wearing the costumes felt transformative for Serratos, especially when filming performance scenes—her favorite memories on set, especially in Selena’s icon era. “That was really fun for me,” Serratos smiles. “She started spinning a lot on stage. And every day I would make jokes about, ‘Is this going to be the day I fall?’ And I tripped quite a bit, but I never fell once, which is really nice!” She laughs.

Selena’s music is always playing in Serratos’ household, as it was in her own childhood home. Her three-year-old daughter, Wolfgang, likes dancing to it. The music is pure joy, timeless. Selena’s talent and charisma, paired with how she was so unapologetically herself—so relatable—is one of the reasons she remains so iconic, Serratos muses. “She was a lot of things to all of us, but she was great at what she did.”

And Selena still stands for something greater. She smashed through obstacles put up against women of color to follow her dreams, paving the way for future generations; her legacy represents hope and love. And now, with Selena: The Series, the important impact Selena made continues to transcend.

“She was a very young Mexican American woman who had to work very hard for the things that she deserved, and she did them with such power and grace,” Serratos says. “I think that’s really prevalent for people in the Latin community and I think it’s going to be really incredible for people to see a Mexican American family work as hard as they did to accomplish the American dream.”

Selena: The Series is available to stream on Netflix. 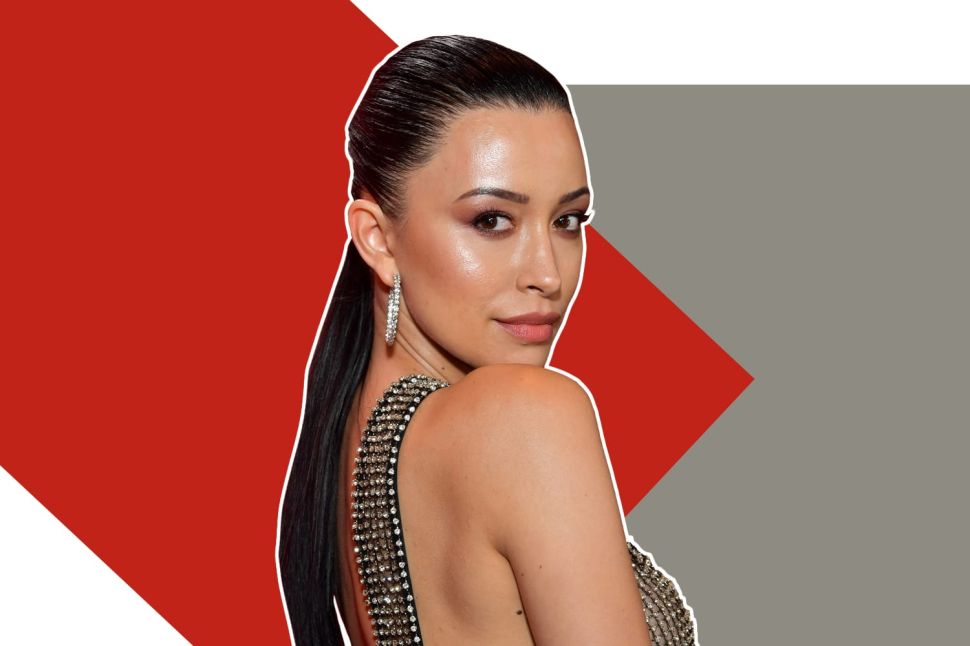