Last week, WarnerMedia CEO Jason Kilar shocked the entire entertainment industry when he announced that Warner Bros.’ 17 films scheduled for 2021 would open in theaters and on HBO Max on the same day. In the days since the seismic announcement, it has been reported that WarnerMedia gave distribution partners and top-tier talent that would be affected by this decision little to no advance notice. In retrospect, that might not have been the best of choices.

Warner Bros. golden boy Christopher Nolan, arguably the biggest blockbuster filmmaker in Hollywood and a key director at WB since 2002, was particularly chaffed at this turn of the events.

He added: “Warner Bros. had an incredible machine for getting a filmmaker’s work out everywhere, both in theaters and in the home, and they are dismantling it as we speak. They don’t even understand what they’re losing. Their decision makes no economic sense and even the most casual Wall Street investor can see the difference between disruption and dysfunction.”

Ouch. Hell hath no fury like a filmmaker scorned. But does Nolan have a point? From the outside looking in, both sides of the argument hold merit and since change, innovation, and adaptation occur quickly in Hollywood, we don’t necessarily see this lover’s quarrel as the end of Nolan’s relationship with Warner Bros.

This will likely sever Christopher Nolan's relationship with WB. He wasn't happy with how TENET rolled out but his theatres-first stance is well known. He will either carve out his own deal to insure theatrical or will go to another studio…if they don't follow this move. https://t.co/teZkW9CQ6g

There’s no doubt that the wake of outrage elicited by WarnerMedia’s secretive decision-making is warranted. Shifting major features to hybrid releases between streaming and theatrical impacts talent compensation to a massive degree (as we explored last week). Outside of advance notice for Wonder Woman 1984 star Gal Gadot to renegotiate her contract, the New York Times reports that representatives for Denzel Washington, Margot Robbie, Will Smith, Keanu Reeves, Hugh Jackman and Angelina Jolie were upset with the blindsiding announcement. The outlet also noted that boycott talks against WB have begun within the Directors Guild of America and Variety reports that Legendary, the producer behind Dune and Godzilla vs. Kong, are considering a lawsuit against Warner Bros. WarnerMedia can and should have been more transparent and forthcoming ahead of their decision and worked with their creative and corporate partners to reach a more mutually beneficial solution.

At the same time, more than 60% of American movie theaters are closed at the moment due to the coronavirus pandemic. Although recent vaccine news has been promising, the 2021 theatrical slate is far from secure as COVID cases spike around the country. Though mishandled publicly, the Warner Bros.-HBO Max move is an acknowledgment of the current marketplace reality, which casts serious doubt on the viability of traditional theatrical releases over the next year. The entertainment industry was already transitioning to prioritize direct-to-consumer business over legacy distribution long before 2020. The pandemic has merely expedited that process.

WarnerMedia has now made the boldest pivot yet in a year in which every major media conglomerate has restructured in order to emphasize a streaming-first approach. They are sacrificing short-term theatrical revenue in the hopes of empowering HBO Max long-term. This is a more pronounced version of what Disney is doing by rerouting Mulan and Soul to Disney+. Could it have been handled more gracefully? Absolutely. But is it in line with the direction the industry has been heading over the last decade? Pretty much.

As for Nolan, he has a right to be upset with his studio partners as a long-standing proponent of the theatrical model. He is an advocate for filmmakers and their creative visions. But this is also the same studio that, earlier this year, appeased his wishes for a wide theatrical release with Tenet in an unsure COVID-stricken marketplace. Rather than delay his original blockbuster—the far more economically sound decision—WB plunged forward with the $200 million Tenet, which has earned just $57.6 million domestically since release. That’s a disastrous result, and it has been reported that the studio is looking at a potential $100 million loss on the film. WB has since adapted their strategy as any other studio would. That doesn’t preclude WB from guaranteeing Nolan continued exclusive theatrical global releases for his future films. The studio has said that they will revert back to a normal release strategy after 2021 (though it may be difficult to put the genie back in the bottle).

Arguments from both sides have clear points of support, which is why common ground may be found moving forward. In April, AMC was boycotting all future Universal films because the studio had opted to release Trolls World Tour via premium video on demand. Just three months later, the two sides signed a historic new deal to upend traditional theatrical windows. Things move quickly in Hollywood, and there’s plenty of time for Nolan and Warner Bros. to overcome the initial shock of the announcement, take responsibility for early mistakes, and repair their relationship. If not, there’s plenty of other suitors that will give Nolan whatever he wants. 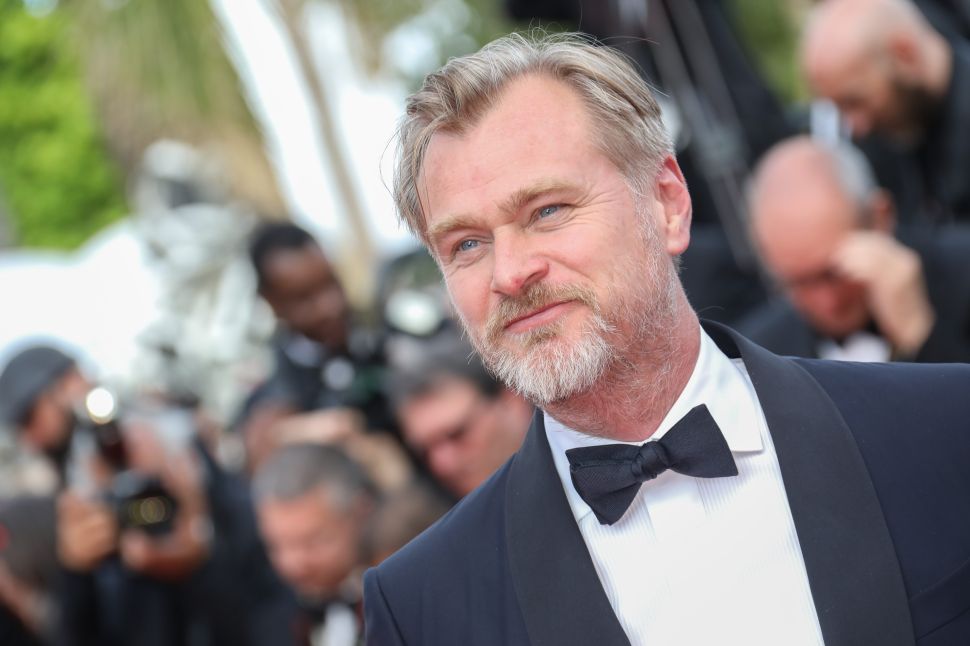