Exactly one year to the date that the World Health Organization first reported word of a mysterious viral outbreak in Wuhan, China, a vaccine for COVID-19 has finally arrived.

Pfizer and German firm BioNTech’s vaccine was approved for usage in the United States by the FDA on Tuesday, with the federal agency noting that a single dosage provides protection from strong strains of the virus within 10 days of administering. The FDA noted that some test subjects dealt with some side effects, such as fevers and aches, but there was no serious adverse effect that would render the drug at all risky.

The FDA’s report comes just ahead of a meeting on Thursday that will determine whether or not to approve this particular vaccine for public usage.

The Pfizer/BioNTech serum has already warped ahead in the United Kingdom, where earlier government go-ahead allowed vaccinations to begin in the country on Tuesday. The second person in line to receive the vaccine was named William Shakespeare, an appropriate coincidence for such a tragic human tale.

Margaret Keenan, the first patient in Britain to receive the coronavirus vaccine, hopes to set an example for people hesitant to become vaccinated. pic.twitter.com/kMGEp7F4Vy

In the US, states are formulating their early distribution plans, moving from a very centralized FDA process to a typically decentralized, disorganized, and in many places, dysfunctional system of healthcare. The United States has long underfunded its public health system, which has caused disarray during the most serious public health crisis of the past century.

States are scrambling to decide who will receive the vaccine first—it’s largely supposed to go to healthcare workers, first responders, and at-risk populations—and then how they will distribute further doses once they come in. That issue may not require an immediate solution, however, as reports on Monday night and early Tuesday indicated that the Trump administration declined Pfizer’s offer to double its vaccine dose order this summer.

As a result, the opportunity to lock in another 100 million doses for the second quarter of 2021 has now passed, and the country will be able to vaccinate about 20 million people per month over the next few months. The administration insists that Americans who want a vaccination will be able to receive it by the middle of 2021, in part based on confidence that Moderna, which is producing its own vaccine that is supposed to be approved within days of Pfizer’s. 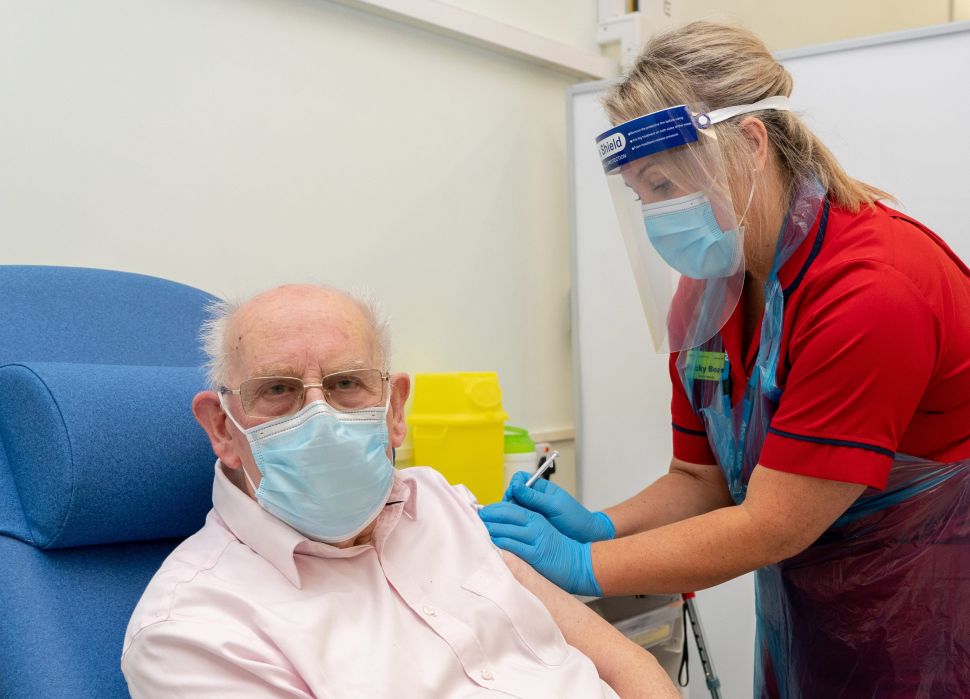