2020 has been a year of incalculable loss, which makes lists like this one especially difficult to write. No tally could ever adequately quantify the total human impact of a pandemic or its related blowback. Still, the end of the year is a time for reflection and appreciation. With the understanding that there are many more individuals who deserve recognition, here is a short list of creatives whose works have personally affected the Observer staff who we lost in 2020. For each, we have included a sample of their works and their impact as we knew them and loved them. We pay tribute to their lives and thank them for having shared their creations with us.

Actress, age 33 | January 12, 1987, California
Watch: Her performance of Valerie on the show Glee

Actress, age 57 | October 13, 1962, Hawaii
Watch: This 1989 scene from The Experts where she dances with then future husband John Travolta

Actress, age 94 | August 22, 1925, England
Watch: Her performance as Hera in Jason and the Argonauts

Playwright & Screenwriter, age 81 | November 3, 1938, Florida
Watch: This performance of his song “Love and Love Alone” from The Visit

Author, age 52 | July 31, 1967, New York
Read: “Bastard” at The Cut: “Every woman has a clock implanted in her brain. An alarm clock with Mickey Mouse bells. Every woman keeps track of her age, because we are temporarily credentialed with youth and beauty. We watch it all go by.”

Actress, age 15 | Uganda
Read: David Oyelowo’s appreciation of her life and work: “She was a ball of light.” 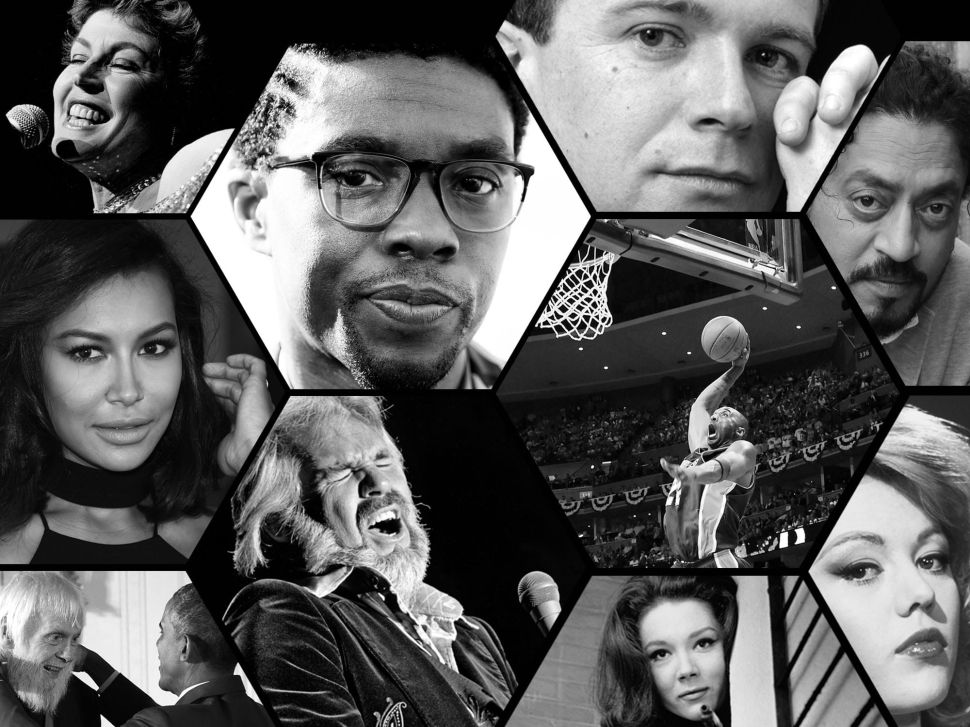