Over the years, the celebrated painter David Hockney has created several different covers for The New Yorker, including hypnotic pastel landscapes and warmly-lit domestic scenes. More recently, Hockney, who is 83, has been using his iPad in order to swiftly create and share illustrations for both magazine covers and for exhibitions like “Ma Normandie,” a show of his that’s currently on display at Galerie Lelong in Paris.

However, there’s no denying that Hockney’s latest, iPad-rendered cover for The New Yorker is getting a certain amount of blowback on Twitter. Hockney’s latest drawing, “Hearth,” simply features a roaring fire rendered with a multitude of squiggly lines, and opinions are divided.

people are making fun of this new yorker cover by david hockney but I think he did a really good job for MS Paint pic.twitter.com/14MTOQyi5c

Overall, the most frequent joke that’s being made is that Hockney’s creation looks like it was made with the popular software graphics editor MS Paint, although it was actually created via a special iPad app that Hockney uses frequently. Some people on Twitter even went so far as to make side by side comparisons between their own slapdash creations, and what Hockney came up with.

Others, as you might expect from the internet, are just being downright mean, and the most vicious comments are rolling in under the New Yorker’s tweeted debut of the cover. “Ok, but really?” one person wrote. “Like, its Hockney so I understand the attraction, but did no one look at each other in the office and say ‘This isn’t very good, is it?'” Not everyone dislikes the cover, but it seems that even the supporters of “Hearth” can’t help finding it a least a little bit funny.

okay I UNDERSTAND that david hockney's contemporary work is focused on iPad doodles, i know this is a deliberate choice, and yet, and yet, i cannot stop laughing at the new yorker cover

Whether or not the iPad aesthetic is your cup of tea, Hockney, who broke the auction record for a living artist in 2018, certainly isn’t likely to be affected too severely by peanut gallery criticism. “I did say I was drawing on the iPad, but actually I’m painting on it,” Hockney told The New Yorker in an interview about his latest work. “I’ve got two hundred and twelve paintings done this year, with only eight more to do. I want those to be of black trees in rain or snow, but I’m still waiting on the weather. Then I’ll have done two hundred and twenty paintings for 2020.” 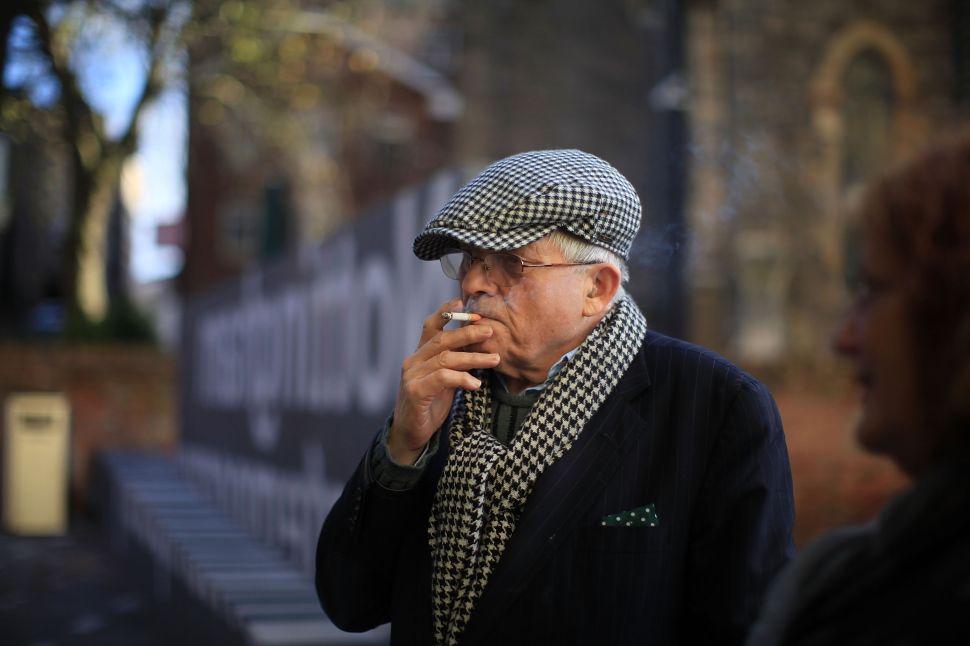