Disney has a very good problem on its hands. The company is being forced to completely shift its direct-to-consumer streaming strategy after 12 months because Disney+ has far outstripped even the most optimistic of expectations. That organizational shift came into sharper clarity Thursday at the company’s Investor Day presentation, which included an avalanche of announcements for the future of the conglomerate’s blockbuster properties.

But what this retooling boils down to is that Disney has quickly realized that Disney+ is not a specialist streaming service, it’s a mass appeal generalist platform. And that changes the entire dynamic of the company’s streaming endeavors.

Disney has long dabbled in both realms as an original content provider. For example, the Disney Channel is a made-for-kids specialist network that isn’t aimed at mass audiences; ABC is generalist, attempting to appeal to four quadrants of demographics. As evidenced by its initial price point (a comparatively inexpensive $6.99 per month) and corporate guidance (Disney was expecting 60 million-90 million subscribers by 2024), the Mouse seemingly went into their big D2C push believing that Disney+ was a family friendly specialist and that Hulu was a more broad appeal generalist. Clearly, that has not turned out to be the case.

“It’s a really fascinating shift from specialist to generalist and it shows the importance of great brands and great intellectual property,” David Offenberg, Associate Professor of Entertainment Finance in LMU’s College of Business Administration, told Observer. “Audiences are watching the classic Disney brands such as Marvel, Star Wars, and Pixar over and over. Disney is spending big money on great IP while Netflix is spending on unknown or risky IP. Very different strategies at play.”

This seismic shift comes with three specific implications for Disney, Offenberg explains. First, it gives them more pricing power; the company announced yesterday that its U.S. Disney+ costs will increase by $1 to $7.99 per month beginning in March. As we’ve seen with Netflix, this is likely the first price hike of many over several years in order to bring them to a place where they’re able to monetize their considerable customer base.

Second, Disney+’s unexpected breakout success as a generalist service reduces the need for Hulu. There’s no real need for two mass appeal platforms and Disney has already cancelled its plans for an ambitious international rollout with Hulu in favor of regional overseas streamers such as Hotstar, Star, and Star+. What becomes of Hulu and its assets (such as FX on Hulu) on a longer timeline will be fascinating to watch.

Third, Disney has now recreated its famously successful flywheel model for streaming. With additional subscribers comes greater revenues which provides more free cash flow to produce more content, which attracts more subscribers, which brings in more money and so on and so forth. It’s the exact opposite of what is going on with WarnerMedia and HBO Max. The streamer has endured a slow start (just 12.6 million activations) which has convinced WarnerMedia to allocate high-profile content (WB’s entire 2021 theatrical slate) to HBO Max in order to attract more subs, generate more revenue, create more content, etc.

“Disney is operating on a different level of volume and quality,” Offenberg said.

Disney revealed that March’s Raya and the Last Dragon will be given a simultaneous release in theaters and via Disney+ Premier Access similar to Mulan. Other films in development such as Cruella, Pinocchio, and Peter Pan and Wendy are being rerouted from theatrical to Disney+ proper. Thanks to its war chest of franchise brands, Disney continues to hold the most power when it comes to traditional theatrical business. Global movie success has also been the engine of their long-standing flywheel model.

Yet as Bob Iger teased in 2018 and as Disney’s Chairman, Media and Entertainment Distribution Kareem Daniel said yesterday, the company is making a strategic pivot to a direct-to-consumer first business model. However, he didn’t specify how long they’re pivoting to that business model and if elements of this change will carry over in a post COVID world.

“If this is a permanent shift, then premium video on demand releases are a part of that,” Offenberg said. “If that’s the case, that is Disney saying for the very first time that theatrical is not the most important part of the business. We will see in 2022.”

Too Much, Too Fast, Too Specific?

In September 2019, then Disney CEO Bob Iger acknowledged that “we might’ve put a little bit too much in the marketplace too fast,” when it came to Lucasfilm’s Star Wars films. Just a month later, we wondered if Marvel was at risk of overexposing itself with four planned films arriving in 2021 and multiple Disney+ MCU series debuting. Now, with upwards of 10 new projects in the works for each brand over the next few years, these questions have resurfaced.

“The Disney business model is to create and monetize family friendly IP. They are not in the business of gambling with risky IP,” Offenberg said. “Only three of the 52 projects announced are based on fairly recent titles (Moana, Zootopia, Baymax). Almost everything else they showed us yesterday is based on older IP. They need to create enough to built out the service to reach optimal monetization.”

Only six of the projects announced yesterday were original ideas. Realistically, Disney will need two or three of this projects to be home runs. If not, it’s fair to wonder about there the IP is going to come from moving forward as pre-existing brands reach saturation. There’s also the risk of dinging the brand’s perceived value with series that don’t quite live up to the hype.

“The bigger risk in my opinion is that they underwhelm fans with subpar programming,” Andrew Rosen, former Viacom digital media exec and founder of streaming newsletter PARQOR, told Observer. “I can’t shake the feeling that there are a number of geek-friendly shows that risk being too niche, WandaVision being the first.” 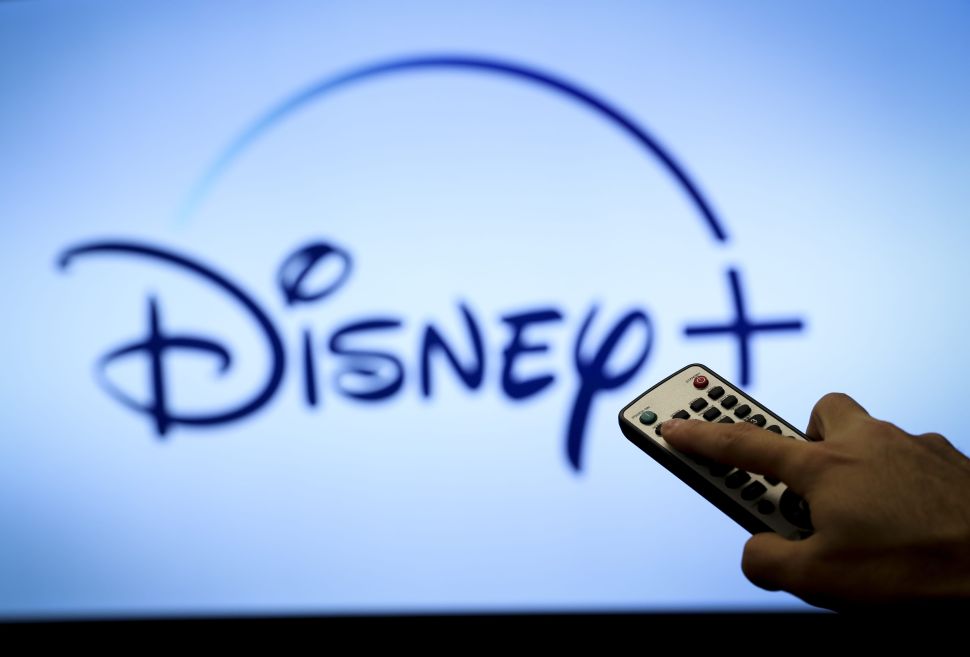